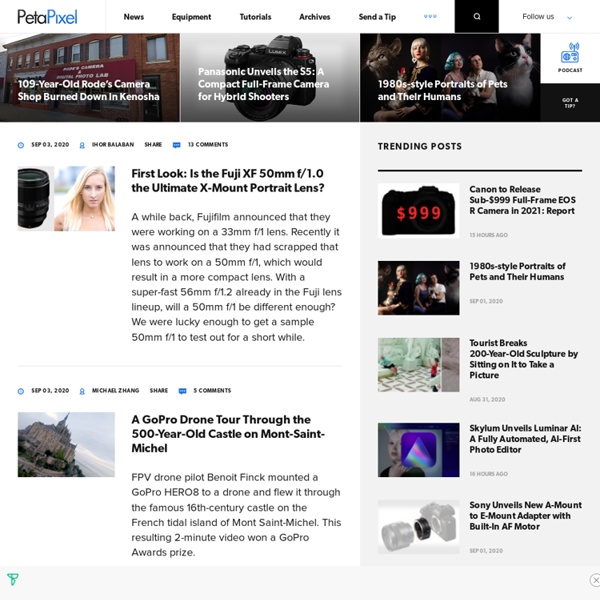 Mobile Web @ W3C Quick menu: W3C Mobile Web Initiative | Site navigation Combining the power of the Web with the strengths of mobiles devices. W3C’s mission includes ensuring that the Web be available on as many kind of devices as possible. With the surge of powerful mobile devices in the past few years, the role of the Web as a platform for content, applications and services on these devices is increasingly important. W3C accompanies this growth with its ongoing work in the following areas: Latest news Photographer Rigs An iPhone 4 To Helium Balloons To Take HD Videos Here is a nice concept to compete with Kite Arieal Photography, Helicopter rigged cameras and very long pole photography. A bunch of curious DIYers at Los Angeles rigged an iPhone 4 to a set of helium balloons that helped it rise about 1000 feet and take 720p videos of Los Angeles. The footage is displayed below, while it is not perfect, and kinda shaky, there is also a valuable BTS. Hit the Just for some behind the scenes and my notes of the video here is the behind the scenes video that they took (probably to have some memory in case that iPhone would never be seen again). There are lots of good pointers in the BTS.

Create paintings from photos Did you ever wanted to be a great artist? But unfortunately you are really bad at it? Well that's ok because now with Psykopaint you can be a great artist with no skills. But how does it work? 100 Best Photoshop Tutorials of All Time that Yield Professional Results Photoshop tutorials are one of the most popular subjects on the web, as the digital art community continues to grow and new designers bring their unique skills. However, quality Photoshop tutorials that teach you a useful effect, have a quality finished result and are well explained are harder to find, and with the large number of tutorial sites available, it can be hard to sort the quality from the mundane. In this massive roundup, we’ve collected the top 100 best Photoshop tutorials that have ever been created, that yield professional results, teach you a useful effect, are well explained, and will have you designing like a pro in no time. These tutorials are collected from niche tutorial sites around the web, and range in age from creation in 2008 to a few tutorials that were created just last week. So, if you think you’ve seen all there is to see from Photoshop, guess again and check out this post. If you liked this post, check out our other design tutorial roundups:

Blog In this film, photographer Ralph Lambrecht explains Modulation Transfer Function, MTF, in the simplest possible terms, supported with numerous visual graphs and examples. He also gives us some rules of thumb for reading charts and graphs. The modulation transfer function is, as the name suggests, a measure of the transfer of modulation (or contrast) from the subject to the image. In other words, it measures how faithfully the lens reproduces (or transfers) detail from the object to the image produced by the lens. MTF is the spatial frequency response of an imaging system or a component; it is the contrast at a given spatial frequency relative to low frequencies. The essential meaning of MTF is rather simple.

The making of Arduino Arduino Due board (credit: Randi Silberman Klett) Arduino recently unveiled the Arduino Due, a board with a 32-bit Cortex-M3 ARM processor that offers more computing power for makers with complex projects such as FM radios, 3-D printer kits, or drones. Google has also released an Arduino-based developer board that lets an Android phone interact with motors, sensors, and other devices. This permits building Android apps that use the phone’s camera, motion sensors, touch screen, and Internet connectivity to control a display or a robot. Arduino is a low-cost microcontroller board that can be connected to all kinds of sensors, lights, motors, and other devices, with easy-to-learn programming software. Arduino has spawned an international do-it-yourself revolution in electronics.

StoryCorps 9/11 Stories StoryCorps has released a set of animated short films telling the stories of people whose loved ones died during the 9/11 terrorist attacks in 2001. StoryCorps is an independent nonprofit whose mission is to provide Americans of all backgrounds and beliefs with the opportunity to record, share, and preserve the stories of our lives. Since 2003, over 50,000 everyday people have interviewed family and friends through StoryCorps. 10 Tips to Always Look Good in Photos As a photographer, you look great behind the camera, but what happens when the camera is pointing at you? A lot of photographers tend to freeze up, or go in for that fake, cheesy smile. But you’d be happy to know that you don’t need to be born photogenic in order to look nice in photos.