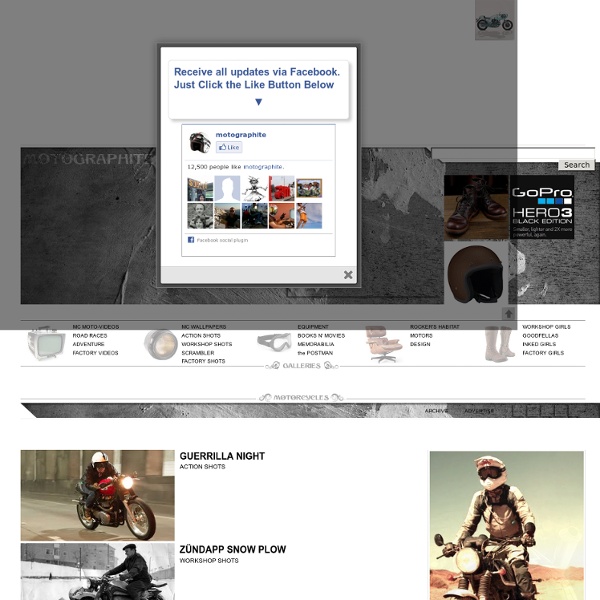 HONDA CB 350 FOUR "SMOOTH CRIMINAL" by THE TARANTULAS HONDA CB 350 FOUR "SMOOTH CRIMINAL" by THE TARANTULAS CL160 headlight / speedo, braided steel front brake line (removed old pressure switch) running up to a mid 90’s cr125 master cylinder. Tons of powder coating and some seat upholstry done by Ginger at New Church 161 187Google +0 5 3476 5 Etichette: honda Newer PostOlder Post ShareThis Copy and Paste Ottonero Cafe Racer BMW R100RS Custom By C59R Cafe Racer Motorcycles Spain - Moto Rivista The GranDream, which as its name suggests is its owner’s dream come true, is a classic-style Cafe Racer for everyday use. As with all C59R projects, the first thing that grabs your attention about this BMW R100RS custom Cafe Racer is its impeccable finish. The top quality chrome, flawless burnished aluminum, stainless steel bolts & fasteners and detailed workmanship on each and every one of its parts is what distinguish this bike. The front-end of this BMW R100RS custom features an adapted R90S fairing, whilst keeping the original throttle controls, clutch & lights, and the handlebars have been lengthened by 5cm on each side to improve handling. The star feature of the dash is an Acewell Series 4 gauge that links two worlds: analogue for the rev counter and digital for the speedo, odometer, temperature gauge, etc. All key components of the engine & gearbox have been renovated, and the external finish is in keeping with the rest of the makeover. BMW R100RS Custom specifications:

KTM 525 EXC | Roland Sands Design POSTED Wednesday, March 30, 2011 Blog 23 COMPLETE Here’s a few shots of the new owner and her brand new KTM. Blog 22 Happiness comes in many forms and today it comes in the color of a beautiful ripe California grown tangerine. Blog 21 We took the stock wheels and powder coated the rims and hubs gloss black. A customer brought us his KTM 525 SuperMoto bike to be converted into a Cafe Racer. Day 1-20 The Return of the Cafe Racers

MeanMachines « Custom motorcycles MeanMachines southsiders The Engine | Motorcycle Shopper While the Honda CB350 engine in stock form is quite potent, it lends itself quite readily to some added horsepower.If you choose not to build up your engine right away, you still need to disassemble it, check it out and replace any worn components. If you decide to get it blueprinted and balanced (making sure your pistons are equal weight, rods are equal weight, carbs to intake and intake to heads are matched, etc. ) you will find this alone will make the engine much faster and reliable than before. Since I already had racing experience, I opted for more performance. I chose the 123-20 cam from MEGACYCLE CAMS, San Rafael, California. You will need to clean out the entrance for the cam in the cam box so the redesigned cam lobes will fit. As far as pistons, I chose the 348cc/12.5:1 piston kit from POWROLL, INC., Redmond, Oregon. performance valve springs. Note the difference in port sizes in the stock and ported heads, the ported head on the left. The rest of the motor was left stock.

Red Baron Triumph Bonneville Cafe Racer Earlier this year I ran a story on the "Big Chill", an '08 Triumph Bonneville Cafe Racer built by custom workshop Mean Machines. This latest Hinckley Bonneville from the Sydney based outfit which is aptly named the "Red Baron", is essentially the same build spec as the Big Chill with one major difference, it has much bigger balls. Mean Machines were obviously happy with how the Big Chill Bonnie turned out. The Red Baron has identical handling tweaks, the same lighting set up, the same fibreglass bodywork and the same rear foot pegs. While replicating a previous build might sound like a cop out the Red Baron is still an impressively thorough customisation of the donor bike. Along with the improvements to the bikes exhaust (custom twin pipes with twin mufflers nestled under the belly pan), the hi-flow filters and Dyno tuned carbs; the Red Baron has been treated to a Wiseco 988cc Big Bore 1/4 Stroker kit. That's a little over 120cc's of extra engine capacity. Build spec: