The Most Powerful Colors in the World [infographic] 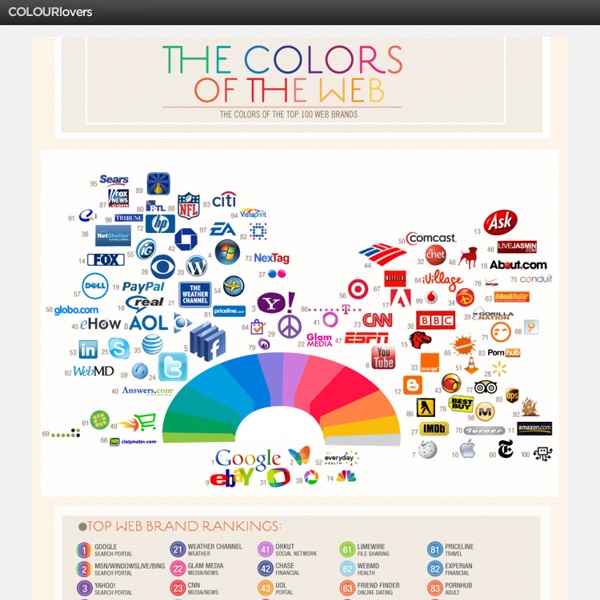 Modern 3D Text Effect Introduction In this Photoshop tutorial we’re going to step outside my usual Photoshop Only philosophy and use the 3D rendering power of Adobe Illustrator to create a cool little 3D text effect. Don’t worry noobs, you don’t need to know anything about Illustrator, as usual I’ll coach you through the whole process, but you do need to have it installed on your computer.

Police at shooting at Hopkins hospital - baltimoresun.com Harry Koffenberger, standing right in dark suit, vice president… (Baltimore Sun photo by Kenneth…) September 17, 2010|By Justin Fenton, Erica L. Green and Raven L. 20 Basic Illustrator Tutorials Every Beginner Should See Learning a new software application can be a daunting task, especially when tackling an application that’s as deep as Adobe Illustrator! Thankfully there’s a colection of Illustrator veterans who are generous enough to take the time to document the basics, allowing new users to grasp the initial workings and gain a know-how of the tools and core techniques. This collection of hand-picked tutorials cover various tools, and provide plenty of useful hints and tips.

MusiChart Choose a decade and a feeling, songs will display automaticaly. What if you could pick a Beatles song by genre with a nice video ? Well, enjoy! click on the image to jump to the equalizer. Arcade Fire and emotion are always two words that fit together. The Canadians have released some masterpieces of rock/opera music where they try (and most of the time succeed) to bring us in their world full of joy, sadness, fear…

25 Great Infographics Designs for Inspiration Infographics are basically a graphical representation of data. In other words, a fun graph. These graphics present complex information quickly and clearly, such as in signs, maps, journalism, technical writing, and education. Each of these options are really useful, but none have the ability to give you a super-easy method to quickly understand what is going on like a well designed and eye-pleasing infographic. Here are 25 places you can go on the web to see some great visual graphics to help inspire you to make your own. 50 Great Web Alternatives to Desktop Software Even without the help of the ground breaking features in HTML5, web apps have come of age. While not all web apps rival their desktop counterparts, some clearly do. One solid example being online To-do apps with invoicing and project management apps also competent enough for a neck to neck fight. We’ve compiled a list of 50 worthy web app alternatives to standalone desktop apps.

Lord Help Us, Palin Is Running For President Some nice reporting from Shushannah Walshe: If Palin has made any final, official decision to run, she’s kept it from her inner circle of advisers; no doubt she’s mulling her next move with her closest confidant, her husband Todd. But lately, alongside the personal tweets that have been a primary means of communicating with the outside world in recent months, Team Palin has begun issuing press releases. The smoke signals indicate her staff has begun working in earnest on a White House run.

Spokesman: Doctor shooting suspect in custody - U.S. news - Crime &amp; courts BALTIMORE — A man who became distraught as he was being briefed on his mother's condition by a surgeon at Johns Hopkins Hospital pulled a gun and shot the doctor Thursday, then killed his mother and himself in her room at the world-famous medical center, police said. The doctor, who was wounded in the abdomen, was expected to survive. Violence in U.S. hospitals The gunman, 50-year-old Paul Warren Pardus, had been listening to the surgeon around midday when he "became emotionally distraught and reacted ... and was overwhelmed by the news of his mother's condition," Police Commissioner Frederick H. Bealefeld III said.

Airlines: The Future of Loyalty is Social SimpliFlying has done some great research on how frequent travelers use social media. The Future of Loyalty is Social infographic summarizes some of the key findings from the research. To dig deeper, we partnered with Cranfield University in the UK to conduct a study on how frequent travelers (who travel at least five times a year) use social media.