HOW ARE YOU FEELING TODAY? 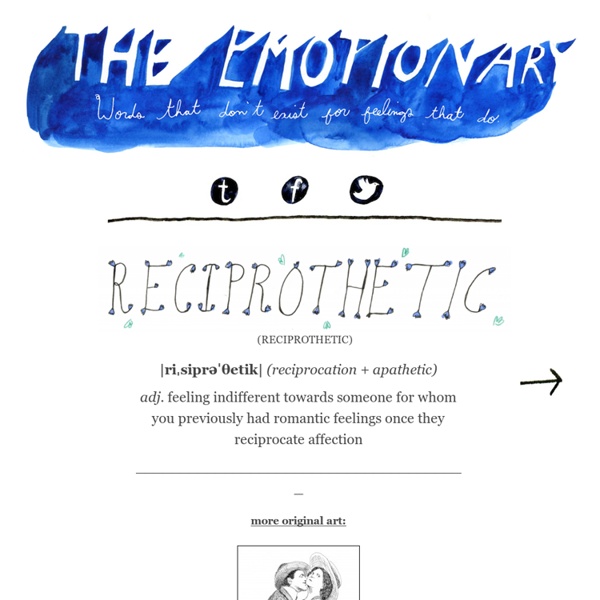 Related:  The Psychology of Emotions • Parole

List of Emotions - Human Emotional Chart This list of human emotions plots the descending spiral of life from full vitality of the energy of life and high consciousness through half-vitality and half-consciousness down to death. This list of emotions chart also enables to both predict and understand human behavior in all manifestations, making possible to predict the behavior of a potential spouse, a business partner, employee or friend - before you commit to a relationship. Numbers assigned to this list of emotions chart are arbitrary to show a relative degree or intensity of perceived emotion of happiness in accordance to available creative power or life's energy to the individual. Happiness encompasses a whole range of emotions from certain energy frequency level (4.0 enthusiasm level in our chart below) and up. - What we call the Happiness Domain. Neuroscientist Richard J. Davidson, Ph.D., described it well when he said: happiness “is a kind of a placeholder for a constellation of positive emotional states."

Expressions & Sayings Index If you prefer to go directly to the meaning and origin of a specific expression, click on its relevant entry in the alphabetical list below. Use this alphabet to speed up your search: A B C D E F G H I J K L M N O P Q R S T U V W X Y Z Stanley Kubrick, cinephile Web exclusive Revised and expanded, 25 October 2013. Stanley Kubrick, photographed by Dmitri Kasterine in 1970 on the set of A Clockwork Orange. Credit: Dmitri Kasterine: www.kasterine.com Stanley Kubrick worked for almost half a century in the medium of film, making his first short documentary in 1951 and his last feature in 1999. Feeling A Little Blue May Mask Our Ability To Taste Fat Feeling down? It could be messing with your ability to taste the fat in that carton of ice cream. (NPR)

Virginia Woolf on How to Read a Book by Maria Popova “Do not dictate to your author; try to become him. Be his fellow-worker and accomplice.” “The mind, the brain, the top of the tingling spine, is, or should be, the only instrument used upon a book,” Vladimir Nabokov wrote in his treatise on what makes a good reader. Recognize these emotions The Passion and Reason 15 The book Passion and Reason provides clear definitions and descriptions of 15 separate emotions. These are: Anger — Conspecific threat, trespass, loss attributed to an agent, unjust insult, thwarted goals, plea for justice Envy — Desiring other's stature objects Jealousy — Threat to sexual access. Fright — Concern for a future specific unpleasant event. Anxiety — Concern for an unidentified unpleasant event.

Guide for Writers: Latin Phrases It’s a matter of taste and style, but not long ago American writers attempted to demonstrate their credentials to the world by including Latin and French phrases within works. A dash of Latin was expected of the moderately educated throughout the Western world. annus mirabilis - wonderful year arbiter elegantiae - judge of the elegant; one who knows the good things in life bona fides - good faith; credentials 22 Websites that are Beautiful and Useful Here at WDL, we like to keep you inspired by showing you beautifully designed websites every week with our web design inspirational lists. Today we decided to go a different route, and instead of picking a single “theme” of examples, we gathered examples of websites that are inspiring and useful for web designers. We gathered different tools and skill sharing websites to show you so you can be inspired and also discover a nice tool/service. From free lessons to learn how to code to monthly memberships to help you to learn more about design, in this post you will find here 22 examples of inspiring and useful websites.

Are You Happy? You Might Have Hypocretin to Thank Move over dopamine, there’s a new “pleasure” molecule that could broaden our understanding of the chemistry of joy, laughter, addiction and even anger. As prolific as the recent research on dopamine has been, neuroscientists have long recognized that all of the subtle varieties of human happiness couldn’t possibly be embodied in a single brain chemical, especially one that is also released under severe stress. Enter hypocretin. Hypocretin is a brain chemical with neurons that are located in the same areas where dopamine acts to influence feelings of pleasure and reward, so the two agents probably work together. Also known as orexin because two different groups discovered it simultaneously, for years it was primarily associated with sleep and appetite.

Virginia Woolf’s London Virginia Woolf is considered by many to be one of the greatest British writers, for her timeless exploration of the human condition but also for addressing the key anxieties of the post-First World War society. A born-and-bred Londoner, she was a key member of the highly influential Bloomsbury Group who lived in that quarter while producing some of the most influential and poignant literary texts of the 20th century. The National Portrait Gallery’s current exhibition Virginia Woolf: Art, Life and Vision is the perfect excuse to explore some of the London haunts that influenced Woolf’s life and works. The early years Woolf was born Adeline Virginia Stephen in January 1882, the youngest daughter of the successful author and critic Sir Leslie Stephen. Her childhood home at 22 Hyde Park Gate in Kensington still survives just a stone’s throw from the Royal Albert Hall.