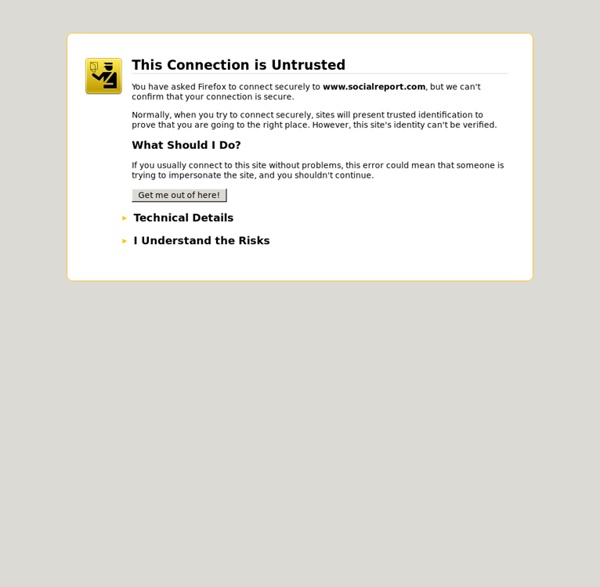 Matt Cutts: Gadgets, Google, and SEO Fitbit has discontinued their Fitbit One step trackers, which seems like a good opportunity to step back and reflect on wearing one for the last decade or so. I’ve enjoyed using Fitbit trackers, but the One devices seemed like they broke down too often. I’m pretty proud that I ended up earning all the activity-related Fitbit badges though: In 2013, I ran a 50 mile race and I took 110,472 steps that day. I think I did some extra steps late that night just in case Fitbit ever increased their top step badge from 100K to 105K or 110K steps.

The Full Value of Mobile We need a little more info to calculate ROI. To calculate your ROI we need you to upload a Google Click Type Report for your mobile campaign. We'll walk you through the process step-by-step. The Full Value of Mobile Webinar The Full Value of Mobile With mobile, we are no longer seeing consumers taking linear shopping paths that begin and end on the same device: while many users start their journey on mobile and complete purchases on the phone, many also start on mobile and end up buying in-store or on different devices. As a marketer, it is crucial that you start measuring and assigning value to all mobile conversions so you fully understand how mobile impacts your business.

10 Social Media Commandments That Will Make or Break You in 2013 There are many social media users and businesses delving in to social media that don't exactly "get it". There seems this idea that big is better than lean. I'm not talking about men on magazine covers here, I'm talking about the idea that quantity beats quality of fans and followers. It is often hard to grasp how a Facebook fan count or Twitter followship of 1 million people does not result in sales while a smaller company with only a small percentage of fans/followers who are engaged are driving market share, sales, higher customer lifetime values, referrals, and more. In order to lay some ground rules for being successful using social media, I have put together 10 commandments that will ensure users and businesses alike can reap the rewards of successful social media efforts.

10 Heuristics for User Interface Design: Article by Jakob Nielsen Download a free poster of Jakob’s 10 Usability Heuristics at the bottom of this article. #1: Visibility of system status The design should always keep users informed about what is going on, through appropriate feedback within a reasonable amount of time. When users know the current system status, they learn the outcome of their prior interactions and determine next steps. Predictable interactions create trust in the product as well as the brand. #2: Match between system and the real world

Social Media Marketing - 10 Inspiring Infographics In 2011 social media marketing continued to make its impact on business and brand promotions. Google+ was launched (with an investment of over $500 million in development costs), Twitter became embedded in the new Apple iPhone 4s and Blogging didn’t die. Facebook soared past 800 million users and Twitter continued its upward trajectory past 200 million members. 10 Things You Didn't Know About Yelp - Open Forum August 27, 2012 Next to Google, there's probably no more important site for small businesses than Yelp. Yet perhaps no other site is as poorly understood. For instance, is it a good idea to encourage your customers to give you good reviews on the site? Does Yelp pay for reviews? How do you go about countering bad reviews?

SocialBro Adds A Free Plan For Twitter Analytics & Management Twitter management platform SocialBro is now free — if you have fewer than 5,000 Twitter contacts. The London-based startup, fresh off its newly minted status as a Twitter Certified Partner, is offering the “Free Cloud” plan to introduce startups and small businesses to its dashboard. The plan is available to users with a Twitter community of 5,000 or below. Blogging: How to Post More Often [Without Working Harder Blogging consistently on a regular schedule is one of the biggest problems that derail both newbie and experienced bloggers. It’s easy to blog regularly when your blog is new and you’re full of zeal, but once you need to spend your time on more income generation related activities, your blog may experience periods of neglect when you don’t post for days or weeks (or okay admit it months). You get the picture. The reality is that posting at least two to three times per week yields most of the effectiveness of blogging every day, based on research by Dan Zarrella of Hubspot.