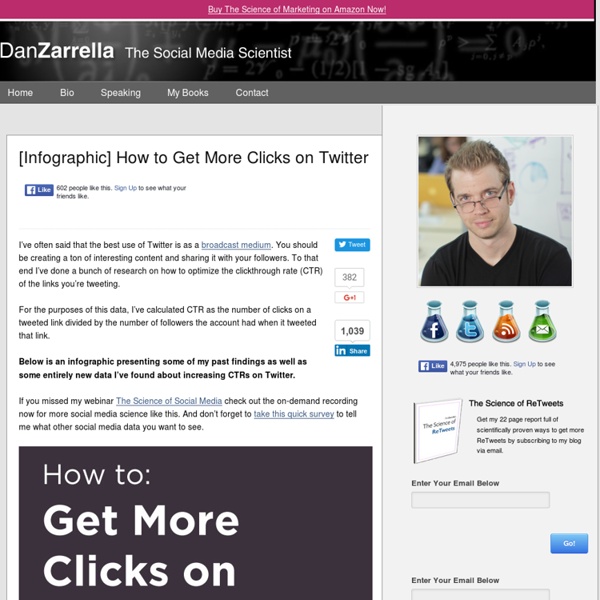 5 Steps to Make Lasting Connections With Recruiters on Twitter When it comes to making connections with recruiters through social media channels, the line between annoying and impressing is very thin. Today I want to look at Twitter specifically, and provide a few steps for you to not only reach recruiters, but also get on their radar. Here are the 5 steps: Step 1: Find Recruiters to Follow Half the battle is finding a recruiter that is specific to your interests and location. Here are some quick tips for finding recruiters to follow: Use Twitter Search and type in the word “Recruiter” and your city. Oh, and don’t forget to click the follow button! Step 2: RT and Share Their Content After following, avoid asking for help immediately. In most cases, you’ll want to RT and share out their content to your own networks. Step 3: RT and Share Their Open Jobs Even if you’re not a fit for their openings, be sure to spread the word and help them fill open jobs they’ve posted online. Step 4: Find them on Linkedin and Connect Step 5: Wait For the Perfect Job

Walnuts Launches Its Facebook Scrapbook Maker Just In Time For V-Day Oh crap, it’s Valentine’s Day. Did you just remember, too, courtesy of that clever Google Doodle? The blogosphere will be filled today with last-minute gift ideas and other such ephemera related to this mushy holiday, and while I’m refusing the V-Day pitches as a general rule, there is a startup announcing its launch today that’s actually kind of fun. The idea for a printed out book featuring your Facebook data is hardly novel. After entering in the required info, the book is automatically created for you, using either your top status updates and photos (those that have the most likes, comments, etc.) or you can specify a particular photo album or albums to use instead. The resulting book has the appearance of a hand-written journal, as opposed to a more professional, typewritten creation. With its handwritten font and support for pulling in things like photos’ comments, that is the resulting feel for the app’s creation.

TinyURL.com - shorten that long URL into a tiny URL Does Facebook Have a Better Employer Brand than Google? It’s a fact that Facebook and Google often compete for the same talent. If you’re looking at job opportunities at these two hugely successful tech companies, it can be tough to decide which employer will be the right fit for you from a culture and compensation perspective. On one side, Facebook is currently leading the way in terms of social networking and has its much anticipated IPO coming up. But, on the other side, Google has solidified its place in Silicon Valley as the leading search engine and perhaps has gone through many of the growing pains of going public that Facebook has yet to go through. To help shine a light on which company may be right for you, who better to turn to than the employees who work at these companies, along with recent job candidates who can dish on the interview process? In this Glassdoor infographic, see how Facebook and Google compare from an insider’s perspective. RELATED: Global Employer Branding Stats and Facts.

How to Embed Your Tweets – the New Twitter Did you hear the News, On Thursday December 8th, 2011 – they released a new Twitter (a redesign). I did read somewhere they are releasing it to the masses and everyone should have the new release within a month or so. I came in this morning, logged in and VOILA – I had the new design. Most exciting is the ability to embed your tweets. What does embed mean? Steps to Embed your Tweet: Make sure you have the NEW Twitter RedesignClick on your Name (It should be highlighted and in the upper left hand column). #Recruiters are the person you need most when you least Expect it.Do you know 2 Recruiters in your industry? Like this: Like Loading...

5 Exciting Innovations That Will Change Computing in 2012 The mouse, having played its role in the transformation of the personal computer, is now almost outdated. If you think about it, when the mouse was first invented in the 1960s, computers were unrecognizable from the sleek, sophisticated devices we use today. So has the mouse had its day? Take a look through our gallery of interesting innovations in the computing world. Event Information Our annual destination conference, Mashable Connect, brings our community together for three days to connect offline in an intimate setting at the Contemporary Resort at Walt Disney World®. Held in a unique location away from everyday distractions, Mashable Connect is a rare and valuable opportunity to be surrounded by digital leaders across industries. To keep Mashable Connect as intimate as possible, only a limited amount of tickets are available. A Look Back at Last Year’s Mashable Connect

3 Smart Networking Strategies To Use at Your Next Event I get asked quite a bit about networking and the relation to job search and personal branding. Sometimes it’s about where to find good networking events, sometimes it’s more about how to approach the whole networking thing. Networking is second nature to some people and it’s a bit foreign to others. Why should you be networking? Did you ever hear the mantra that “people buy from people they know, like and trust”? At a networking event, you are showcasing yourself, your expertise and ultimately your personal brand. 1. The golden rule at a networking event, or any other business interaction for that matter is to listen more than you talk. You will only reach success when you understand what other people really want. Being an active listener and asking the right questions sounds like simple stuff but it can be harder to actually do. 2. You will inevitably bump into people doing similar things to you at networking events. 3. We have all been there. Your turn Image credit szeke Jörgen Sundberg

1 Recruiting-Sourcing Stone for 2 Birds? You get what you pay for. You sometimes get less, but you never get more. – Something I heard a long, long time ago, somewhere One stone for two birds? I don’t think so. I know all you hiring managers and staffing officials out there would like your recruiters to be expert sourcers and your sourcers to be expert recruiters. I know you all would like to kill two birds with one stone, but I can tell you right now, right here, it’s not going to happen. It’s not going to happen because the two types of personality types are generally not found (in one person) in an organization. They’re found outside organizations in the form of third party recruiters who have been cutting this mustard for years. Now that we’ve given this brave and heroic special set the recognition and laurel crown they so richly deserve, let me tell you why you’re not likely to find these people inside your organization. You refuse to pay them what they deserve to make. Let’s get back to the real reason for this article.

Some of Your Most Vexing Legal Topics Today at the ERE Expo in San Diego, Mary Wright, general counsel at Ogletree Deakins, and Michael Nader, also an Ogletree attorney, took a stab at some of recruiters’ top-of-mind legal issues. Here are some of the ones that came up in the open discussion, and some of Wright and Nader’s thoughts. Can a recruiter use Facebook to source candidates? Wright answered this with a “Yes – but.” Life After the Obamacare Decision — for Recruiters Political, legal, and benefits junkies have probably read and heard just about everything, pro or con, about the health-care case recently argued in front of the Supreme Court. What’s not been said as much is what this means to employers once the court rules the way it does. Ogletree Deakins’ Thomas M. Christina is a former Deputy Assistant Attorney General and Associate Deputy Attorney General.

5+1 Best Practices of Top-performing Recruiters In more 10 years in the staffing industry in various operational, managerial, and corporate roles and in different countries, I have interviewed, coached, and trained hundreds of recruitment consultants from all over the world. Though local differences must be taken into consideration, the characteristics that make you a top performer in Salt Lake City also work in Singapore or in Paris. Based on what I saw, heard, and learned, here is my quintessential list of the 5+1 habits that make a top-performer in any economic cycle or market: Work close to the money: we work in an environment where priorities can change many times during the day.

If You’re Truly Socializing Your Talent Strategy, You May be One of the Few Bullhorn Reach recently published the results of a survey of more than 35,000 recruiters in its user network, tracking their use of social media. The survey focused on LinkedIn, Facebook, and Twitter. The findings are surprising. Only 21% of Bullhorn recruiters are using all three social networks. In fact, 48% are using only LinkedIn! Apparently these recruiters haven’t seen the study from Jobvite that showed that, in 2011, 50% of job-seekers used Facebook to find a job, 25% used Twitter, while only 26% used LinkedIn. Of course, the use of social media, by either recruiters or job-seekers, doesn’t necessarily mean success. For example, in 2010, UPS announced that it received applications from 680 people who arrived via Twitter — and hired 45 of them. We also recommend our clients use YouTube for talent acquisition. The Jobvite study goes on to state that 18.4 million Americans “say Facebook got them their current job.” I think I know why.

Once a Job Hopper, Not Always a Job Hopper Employers of hourly labor in industries including fast-food dining, retail, and contact centers often struggle with high turnover, and the associated costs of constantly hiring and training new employees. A common screening technique used by recruiters is to weed out “job hoppers” — those candidates who have held many short-term jobs. But a recent study by Evolv’s analytics team found that work history is a poor predictor of future job tenure. The study analyzed applicant data and employment outcomes from more than 21,000 call center agents drawn from five major contact centers to determine the relationship between previous work experience and future employment outcomes. Job-hoppers and the “Perpetually Unemployed” The study looked at the number of different full-time jobs workers have had in the last five years, and how many full-time jobs they’ve held for less than six months.

4 Strategies to Address the Coming War for Talent Before we experienced the 2008 economic disaster, the phrase “war for talent” seemed to be overused by every corporate and agency recruiter I came in contact with. It seemed to go away until the first or second quarter of 2011 and now seems to be back on every executive and recruiter’s mind. Recruiters across the country have shared with me the excitement they have about recruiting again — about building talent pipelines, implementing social media, bolstering up their LinkedIn connections, and creating new and compelling candidate value propositions. Let me start by giving one word of advice: stop! If you are serious about recruiting the best talent, take this as an opportunity to build a recruiting culture throughout the entire organization — up to and including the CEO. Let me ask a few questions: What is your organization’s candidate value proposition? Most of those reading this can probably provide a detailed answer as to what they are doing in each of these areas. So what do you do?