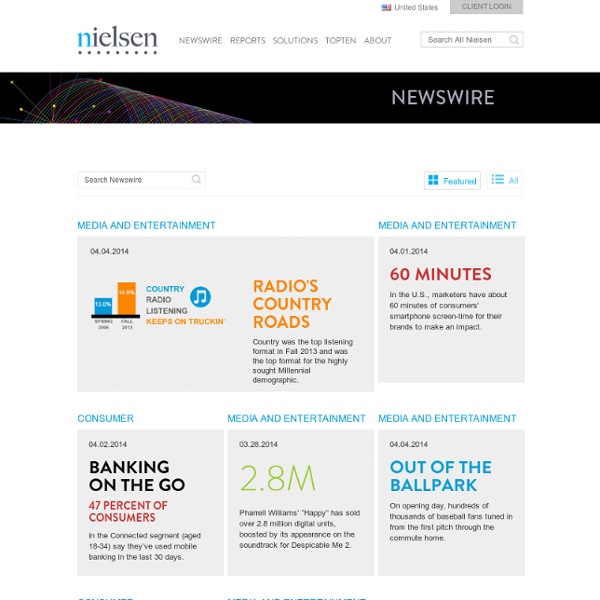 INCI Insights - Editorials The International Cosmetic Ingredient Dictionary & Handbook (INC) has been in existence since the early 1970's. It has evolved into a global compendium for naming cosmetic ingredients for back label disclosure and referencing in technical journals. This self-regulated industry voluntary approach was accepted by the USA Federal Drug Administration (FDA), and thus cited as the second source for names for ingredient declaration.

Young and Mobile: A Global View of Cellphones and Youth Nielsen's new whitepaper on Mobile Youth Around the World reveals that most young people with mobile phones chose their own device. In fact, across all the countries surveyed, only 16 percent of young people reported that their parents selected their mobile phone. Price was the most common consideration among youth in selecting a mobile phone, though that is true among other age groups, too. Youth aged 15 to 24 in all countries surveyed put price as the first purchase driver, with the exception of Russian youth, 21 percent of whom placed design/style first. (Some grown-ups care about design, too.

A LOOK INSIDE CHINA'S SOCIAL NETWORK UNIVERSE, WHERE FACEBOOK, TWITTER AND GOOGLE ARE BANNED China's fake Facebooks started as mere copycats but now drive innovation in advertising and gaming. They've also built something unique in their country: a place where people can find love, speak out, and be whoever they want to be. "Know anyone who has any needs?" "I'm not sure, I can ask around for you." "Don't you have any needs?" The Age Of Relevance Editor’s note: This is a guest post submitted by Mahendra Palsule, who has worked as an Editor at Techmeme since 2009. Apart from curating tech news, he likes analyzing trends in startups and the social web. He is based in Pune, India, and you can follow him on Twitter. What’s the Next Big Thing after social networking? This has been a favorite topic of much speculation among tech enthusiasts for many years.

International Nomenclature of Cosmetic Ingredients The International Nomenclature of Cosmetic Ingredients, abbreviated INCI, is a system of names for waxes, oils, pigments, chemicals, and other ingredients of soaps, cosmetics, and the like, based on scientific names and other Latin and English words.[1] INCI names often differ greatly from systematic chemical nomenclature or from more common trivial names. Table of common names[edit] Here is a table of a several common names and their corresponding INCI names.[1] * Some common names and INCI names are the same name.[1] INCI labeling[edit]

Social Media &amp; Mobile Internet Use Among Teens and Young Adults By Amanda Lenhart, Kristen Purcell, Aaron Smith and Kathryn Zickuhr Overview Since 2006, blogging has dropped among teens and young adults while simultaneously rising among older adults. As the tools and technology embedded in social networking sites change, and use of the sites continues to grow, youth may be exchanging ‘macro-blogging’ for microblogging with status updates.