7 Awesome Things You Could Buy for the Average Cost of a Wedding. While lots of couples like to go all-out with their weddings, some find the $26,645 that the average American wedding costs a little excessive. 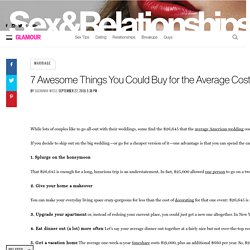 Eloping is becoming increasingly popular as more couples decide they'd rather hold an intimate event than dish out the big bucks. After all, money is a big reason fewer millennials are getting married than ever. Bp youth inequality global 120816 en 0. Young People in Canada Have Never Been as Financially Crippled as They Are Now. Home - Canada Benefits. Writer Sloane Crosley Tells Wealthsimple Why She Hasn’t Given Herself a Raise Since 2009. This is the latest in our original series "Money Diaries," where we ask interesting people about the role money has played in their lives. 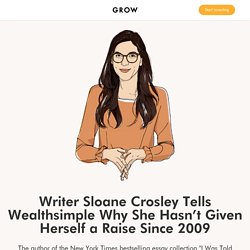 Sloane Crosley is an author of I Was Told There'd be Cake and the novel The Clasp (just out in paperback), and is a frequent contributor to GQ and The New York Times. I'm moving in with my girlfriend. She makes way more than I do. Can I suggest we "ratio" our rent or is that weird and unsexy? In our original series Ms. 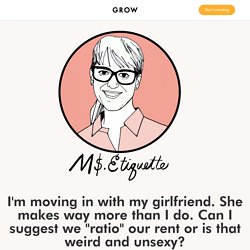 Etiquette, our columnist Jane Larkworthy untangles the issues that happen when people and money get together. 13 Ways to Make Money in Canada. We know the internet is full of ways to make money at home… but they’re not all legitimate. 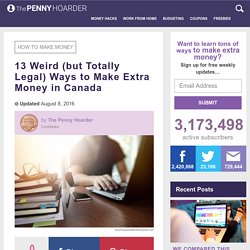 Millennials Need Credit (But Don't Have It)  When in debt, shy away from credit? 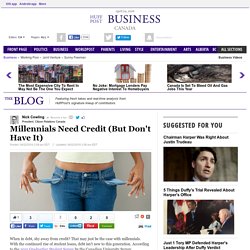 That may just be the case with millennials. With the continued rise of student loans, debt isn't new to this generation. According to the 2015 Graduating Student Survey by the Canadian University Survey Consortium, the average student in Canada owes $27,000 and growing. And while credit card arrears in the US added up to around $917.7 billion in 2015 the country is experiencing an all-time-high $1.2 trillion student loan debt owed.

Yes, millennials carry debt, but they're seemingly cautious about the kind of debt they carry. Graduation often means the start of years of student debt repayment. The millennial payment method of choice isn't a credit card. According to this article, one survey showed that 63% of adults aged 18-29 didn't have a single credit card, while another 23% had one only Visa or Mastercard. Stats show that millennials prefer to use debit cards to credit cards for their purchases. Missing out on credit advantages. Study Shows Financial Stress is Like PTSD. Financial stress is no joke. 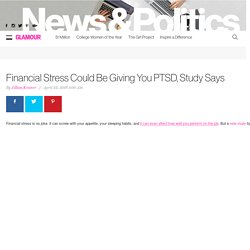 It can screw with your appetite, your sleeping habits, and it can even affect how well you perform on the job. But a new study by a financial wellness company shows a surprising and serious result of difficult money problems—posttraumatic stress disorder. That's right. According to the Payoff study, 23 percent of Americans—and 35 percent of millennials—experience a debilitating degree of stress over their finances, affecting their thoughts and feelings in ways that are most commonly associated with PTSD, a disorder most commonly associated with combat, sexual assault, and other serious traumas. How To Save Money Every Week. Six money milestones to hit while you’re in your 30s. Rent vs Buy - What to Rent. 2012 vs. 1984: Young adults really do have it harder today. All young adults who think they’re getting a raw deal in today’s economy, let me tell you about how it was back in my day. 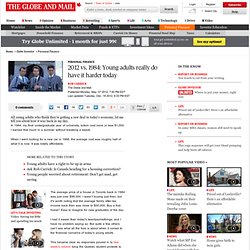 In 1984, my final undergraduate year of university, tuition cost more or less $1,000. I earned that much in a summer without breaking a sweat. When I went looking for a new car in 1986, the average cost was roughly half of what it is now. It was totally affordable. The average price of a house in Toronto back in 1984 was just over $96,000. I had it easier than today’s twentysomethings, and I have no problem saying so. This became clear as responses poured in to last week’s column tying the Quebec student protests to the financial challenges faced by people who are trying to make the jump from college and university into the work force. Financial security 'elusive' for many Canadian families.

Income security for many Canadian families is an “elusive dream” in the after-shocks of the recession, with those at the older and younger ends of the age spectrum in particular struggling. 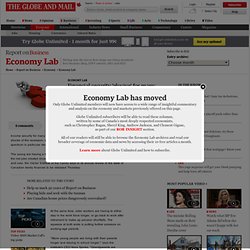 The young are having a tough time entering the job market, as more than half of the net jobs created since the recession's low point have gone to those aged 55 and over, the Vanier Institute of the Family says in its annual review of the state of Canadian family finances to be released Thursday. At the same time, older workers are having to either stay in the work force longer, or go back to work after retirement to make up pension shortfalls. The squeeze at both ends is putting further pressure on working-age parents.

“More young people are living with their parents longer and staying in school longer,” says the institute's CEO Nora Spinks.