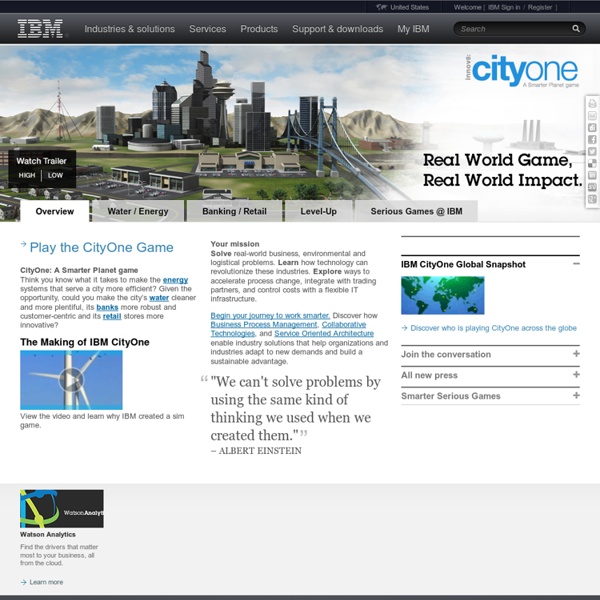 Super Zapp | Accueil Super Mario Screensavers and Mario Downloads - Super Mario Brothers . org Stellar Forces: Home Uncanny valley An empirically estimated uncanny valley for static robot face images[1] In aesthetics, the uncanny valley is a hypothesized relationship between the degree of an object's resemblance to a human being and the emotional response to such an object. The concept of the uncanny valley suggests that humanoid objects which appear almost, but not exactly, like real human beings elicit uncanny, or strangely familiar, feelings of eeriness and revulsion in observers.[2] Valley denotes a dip in the human observer's affinity for the replica, a relation that otherwise increases with the replica's human likeness.[3] Examples can be found in robotics, 3D computer animations, and lifelike dolls among others. Etymology[edit] Hypothesis[edit] In an experiment involving the human lookalike robot Repliee Q2 (pictured above), the uncovered robotic structure underneath Repliee, and the actual human who was the model for Repliee, the human lookalike triggered the highest level of mirror neuron activity.[12] Ho, C.

Serious Games At The British Museum Serious Games exploring the British Museum's collection Great Court Space - Courtesy the British Museum The British Museum's new website for kids called Young Explorers is all about world histories and cultures. It has games, including the amazing Time Explorer, and more. Time Explorer is the new adventure game from the British Museum. In Time Explorer, players have to travel back in time to explore ancient cultures and rescue precious objects from imminent disaster. The game was created by the graphics and interactive consultancy GR/DD. The consultancy won the contract having been invited to tender by the museum, seeing off 12 shortlisted groups in late 2008, according to lead designer Tim Smith. Starting in the museum’s Great Court space, players can choose Ancient Rome, Aztec Mexico and Imperial China levels, select characters and access score information to check rankings against other online players. The Ancient Egypt level of Time Explorer. The Aztek Mexico level of Time Explorer.

GunBlood Western Shootout - Flash Shooting Games - OfficeGameSpot Game Overview: Attempt to become the most feared gunslinger in the land by defeating all those who stand in your way. GunBlood pits your reflexes against nine computer opponents in one-on-one gun fights and includes four bonus rounds. High scores are tabulated according to accuracy, speed, and your life remaining after each round. At the start of each level, the player and computer opponent each start with 6 shots. During each of the four bonus rounds, the goal is to hit the target objects and NOT the assistant. Controls / How To Play: 1) Select 'Start Game' and choose a character from the character select screen. 2) Begin the round by placing your cursor over your gun barrel located at the lower left-hand corner of the game screen. 3) The cursor must remain over the barrel during the countdown or the game will become paused. 4) When the countdown reaches 'FIRE', aim with the mouse and shoot by clicking the mouse button.

Another 20 games that make you think about life First we gave you five. Then we gave you ten. Now we are giving you 20 games that make you think about life. If you have developed a taste for games of a philosophical nature, then you should be in for a treat - we have some seriously innovative games here, everything from Elude, a game that explores the nature of depression, to Ulitsa Dimitrova, a tale about a street-urchin in Russia. As with our previous lists, we have focused mainly on free games that you can play in your browser. 1 Elude Developed by Singapore-MIT Gambit Game Lab, Elude is a dark, atmospheric game that aims to shed light on the nature of depression. The forest that you start the game in represents a normal mood. This is a gloomy underground cavern, with a sticky muddy base that sucks you down. 2 Air Pressure You will have to play through Air Pressure - a Flash port of an interactive novel by Bentosmile - more than once to truly understand the characters and themes in this game. 3 Symon 4 Ulitsa Dimitrova 5 Ute 6 Aether

Virtual Air Traffic Simulation Network VATSIM, or Virtual Air Traffic Simulation Network, is a non-profit organization operating a dedicated, worldwide, Internet-based flight-simulation network.[2] Users can connect to the network to either fly online as a pilot using flight simulation software, or direct traffic as an air traffic controller (ATC) and participate in what has been described as a close approximation of real-life aviation procedures.[3][4][5][6] The organization has achieved notability for its very high level of participation and realism, that has seen it in use as part of Federal Aviation Administration funded research projects. This notability resulted in the organization being featured on the front page of The Wall Street Journal in 2006.[3] It is considered the largest online flight simulation network in the world with over 209,000 registered members as of September 3, 2009,[7] with hundreds of participants online at any one time.[8][9] Online event displayed using VRC software connected to VATSIM