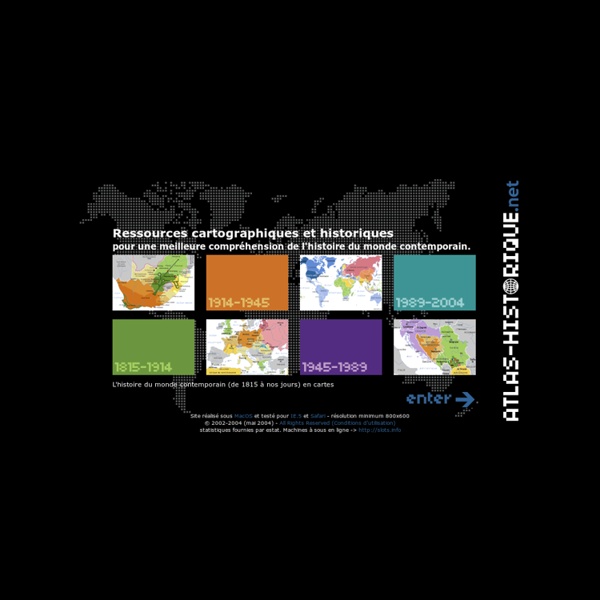 Worlds Revealed: Geography & Maps at The Library Of Congress This is a guest post by Kelly Bilz, Librarian-in-Residence in the Geography and Map Division. Even though Latin had fallen out of vernacular use after the fall of Rome (and began to evolve into the modern Romance languages), it lived on in its written form, becoming the lingua franca, so to speak, of scholarship. In particular, western cartographers during the Renaissance used Latin in their maps, resulting in a large collection of maps in the Geography and Map Division written in this ancient language. Seeing these polysyllabic words in a long list of search results can be disorienting; fortunately, being familiar with a couple key terms can help you navigate Latin titles with ease– without having to study Latin for eight years, as I did! Mappa totius mundi : adornata juxta observationes dnn. academiae regalis scientiarum et nonnullorum aliorum secundum annotationes recentissimas.

Atlas des Etats-Unis The Sustainable Development Goals (SDGs) are the global blueprint for a just and sustainable future. The United Nations coordinated the inputs of 193 countries, including the United States, and thousands of civil society organizations to arrive at a set of seventeen goals and 169 targets to be achieved in all countries by 2030. The SDGs offer a way to understand and address critical barriers to well-being, economic growth and prosperity, and environmental sustainability in the United States and to put American challenges and opportunities within a global context. The United States played a leading role in negotiating these goals; as a result, they reflect American values and priorities. The spirit behind the global goals is not just to meet the goals as measured by global or national averages, but rather to spur meaningful action in states and cities, counties and communities. The true aim is meeting the goals everywhere and for everyone, not just in aggregate at the national level.

Exemplary Word Pages <span class='error'>You need to enable Javascript to get the best out of this site. Please :-).</span> Home - TimeSearch Search the Web through Timelines(and surprise yourself with what you find) Icons on the left link to Google or HistoryWorld (H) Yellow icons on the right link to related images in GoogleMove your pointer over an icon to see the search terms To start at Big Bang just click Go (above)To go to a specific period enter a year (above)For a more focused timeline use the Areas and Themes menus (top left)

Desmos: A Definitive Guide in Graphing and Computing Think you’re fond of of graphing and computing stuffs? Great! Because you might remember this thing called the Texas Instrument TI-83 from the old days. Sure, while programmable calculators in general are still pretty much popular these days, the graphing calculators from the 21st-century are also coming in waves as we speak — potentially disrupting the market of scientific computing and educational technology. Yep. The Berlin Airlift PRELUDE TO CONFLICT At the end of WWII, a defeated Germany was divided amongst the victors, the United States, the Soviet Union, Great Britain, and France. The Soviet Union took control of the Eastern half of Germany, the Western half was divided amongst the US, Great Britain, and France. Like the rest of the country, the capital city of Berlin, sitting dead in the middle of the Soviet-controlled Eastern half, was also divided into four parts, one half being Soviet controlled, and the rest divided amongst the others.

Download 91,000 Historic Maps from the Massive David Rumsey Map Collection Three years ago, we highlighted one of the most comprehensive map collections in existence, the David Rumsey Map Collection, then newly moved to Stanford University. The Rumsey Collection, we wrote then, “contains a seemingly inexhaustible supply of cartographic images”—justifiable hyperbole, considering the amount of time it would take any one person to absorb the over 150,000 physical artifacts Rumsey has amassed in one place. By 2016, Rumsey had made almost half the collection—over 67,000 images—freely available in a digital archive that has been growing since 1996. Each entry features high-resolution scans for specialists (you can download them for free) and more manageable image sizes for enthusiasts; a wealth of data about provenance and historical context; and digital, user-friendly tools that use crowd-sourcing to measure the accuracy of antiquated maps against GPS renderings.

Did You Know You Can Search Within a YouTube Video? If you ever find yourself scrubbing through a YouTube timeline trying to find the exact moment of a punchline or a specific part of a tutorial, it can be time consuming and mind numbing. But if you’re a Chrome user, you can install a Chrome extension that takes all the hard work out of the process. Chrome extension InVideo, which only works with the new version of YouTube, makes it easy to find the exact spot in any video with a simple search function: Navigate to the YouTube video you want to search.You should now see a green Open InVideo button directly beneath the video.

Ancient Roman History Timeline Provides a chronological index of the history of Ancient Rome with extensive links to internet resources. Emphasis is placed upon the use of primary source material, numismatics, and a focus upon the roles of women in ancient time. scroll down for the timeline Thank you for visiting! Timeline Menu Historical maps home page Down to: 6th to 15th Centuries | 16th and 19th Centuries | 1901 to World War Two | 1946 to 21st Century The Ancient World ... index of places Aegean Region, to 300 BCE Aegean Region, 185 BCE Africa, 2500 to 1500 BCE 91 Free Twitter Tools and Apps That Do Pretty Much Everything Twitter is a fascinating adventure of relationships, entertainment, education, and fun. Now imagine layering on a few dozen power-ups. That’s how it feels sometimes when you find just the right Twitter tool.