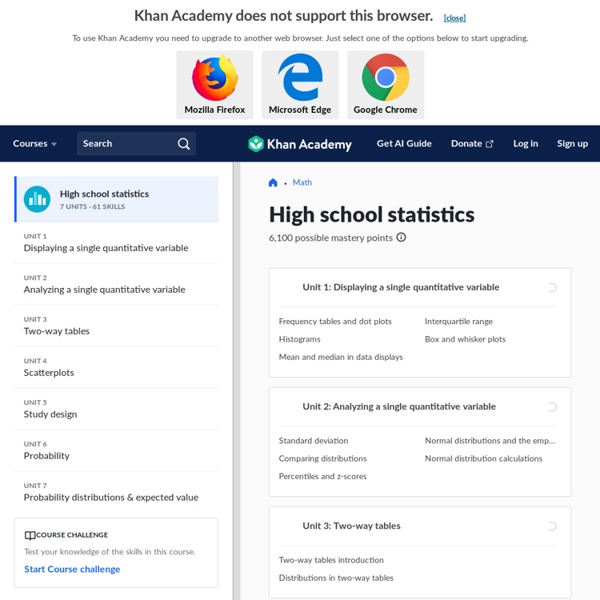 Operational definition (What is it? When is it used?) What is it? An operational definition, when applied to data collection, is a clear, concise detailed definition of a measure. The need for operational definitions is fundamental when collecting all types of data. It is particularly important when a decision is being made about whether something is correct or incorrect, or when a visual check is being made where there is room for confusion. For example, data collected will be erroneous if those completing the checks have different views of what constitutes a fault at the end of a glass panel production line. Defective glass panels may be passed and good glass panels may be rejected.

Amsterdam's solution to the obesity crisis: no fruit juice and enough sleep The city of Amsterdam is leading the world in ending the obesity epidemic, thanks to a radical and wide-reaching programme which is getting results even among the poorest communities that are hardest to reach. Better known for tulips and bicycles, Amsterdam has the highest rate of obesity in the Netherlands, with a fifth of its children overweight and at risk of future health problems. The programme appears to be succeeding by hitting multiple targets at the same time – from promoting tap water to after-school activities to the city refusing sponsorship to events that take money from Coca Cola or McDonalds. It is led by a dynamic deputy mayor with the unanimous backing of the city’s politicians. From 2012 to 2015, the number of overweight and obese children has dropped by 12%.

R and SQLite: Part 1 1. Introduction These notes show how to create an SQLite database from within R. The notes outline two way in which R can communicate with SQLite databases: using the RSQLite package and using the sqldf package. Both packages use reasonably standard versions of SQL to administer and manage the database, but the two packages differ in the way meta statements are constructed. Basic Statistics: About Incidence, Prevalence, Morbidity, and Mortality - Statistics Teaching Tools - New York State Department of Health What is incidence? Incidence is a measure of disease that allows us to determine a person's probability of being diagnosed with a disease during a given period of time. Therefore, incidence is the number of newly diagnosed cases of a disease. An incidence rate is the number of new cases of a disease divided by the number of persons at risk for the disease. If, over the course of one year, five women are diagnosed with breast cancer, out of a total female study population of 200 (who do not have breast cancer at the beginning of the study period), then we would say the incidence of breast cancer in this population was 0.025.

3M™ Organic Vapor Cartridge 6001 60 EA/Case NIOSH approved for protection against certain organic vaporsSwept-back design allows an enhanced field of view and comfortBayonet compatibility allows use with many 3M half and full facepiece designsWide range of applications reduces inventory needsSimple installation and usage requirements reduces training requirements NIOSH approved against certain organic vapors. Use with 3M™ Half and Full Facepieces 6000, 7000 and FF-400 Series with bayonet filter holders. RSQLite: Write a local data frame or file to the database DescriptionUsageArgumentsDetailsSee AlsoExamples Functions for writing data frames or delimiter-separated files to database tables. sqlData() is mostly useful to backend implementers, but must be documented here. In a primary key column qualified with AUTOINCREMENT, missing values will be assigned the next largest positive integer, while nonmissing elements/cells retain their value. If the autoincrement column exists in the data frame passed to the value argument, the NA elements are overwritten. Similarly, if the key column is not present in the data frame, all elements are automatically assigned a value.