Wire Beams. During the computer modelling and experimental work I carried out to develop the broadband hexbeam described elsewhere on this web site, it became evident that this antenna is just one of a large family of antennas which share a common structure and which can be "multibanded" using construction techniques similar to those commonly used with the Hexbeam. 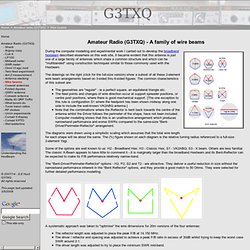 The drawings on the right (click for the full-size version) show a subset of all these 2-element wire beam arrangements based on 3-sided thru 6-sided figures. The common characteristics of this subset are: The geometries are "regular" - ie a perfect square, an equilateral triangle etc. The feed points and changes of wire direction occur at support spreader positions, or centre post positions, where there is good mechanical support. [The one exception to this rule is configuration S1 where the feedpoint has been shown midway along one side to include the well-known VK2ABQ antenna.] Observations Conclusions: Hexagonal Beam by K4KIO. OsCMax v2.0 : -IC-92AD 5W dualband HT with D-Star [17748] - $299.99. Rugged Submersible Protection The IC-92AD and HM-175GPS have superior waterproof protection and is equivalent to IPX7 (1m depth of underwater for 30 minutes). 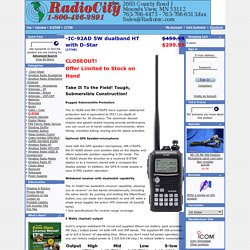 The aluminum diecast chassis and gasket sealed housing provide performance you can count on in harsh outdoor environments; when hiking, mountain biking, touring and for alpine activities. Optional GPS Speaker-microphone Used with the GPS speaker-microphone, HM-175GPS, the IC-92AD shows your position data on the display and offers automatic position reporting in DV mode. Scanner Frequently Asked Questions - Scanner Basics. What is a scanner and why would I want / need one? 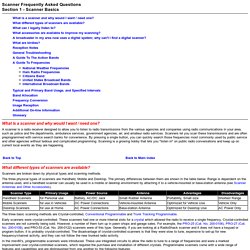 A scanner is a radio receiver designed to allow you to listen to radio transmissions from the various agencies and companies using radio communications in your area, such as police and fire departments, ambulance services, government agencies, air, and amateur radio services. Scanners let you scan these transmissions and are often preprogrammed with service search banks for convenience. By pressing a single button, you can quickly search those frequencies most commonly used by public service and other agencies without tedious and complicated programming. Review: Amateur Radio Handhelds (HTs), APRS, and Battery Tuning Tips. There are a lot of opinions about handhelds for amateur radio users (these handhelds are often known as HTs). 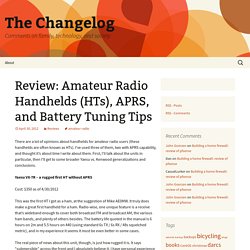 I’ve used three of them, two with APRS capability, and thought it’s about time I write about them. First, I’ll talk about the units in particular, then I’ll get to some broader Yaesu vs. Kenwood generalizations and conclusions. Yaesu VX-7R – a rugged first HT without APRS Cost: $350 as of 4/30/2012 This was the first HT I got as a ham, at the suggestion of Mike AE0MW. The real piece of news about this unit, though, is just how rugged it is. DroidPSK - PSK for Ham Radio. DroidPSK is an application to decode and encode Ham Radio BPSK31 and BPSK63. 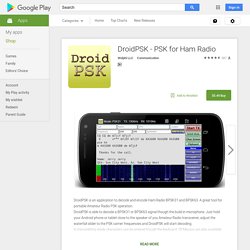 A great tool for portable Amateur Radio PSK operation.DroidPSK is able to decode a BPSK31 or BPSK63 signal though the build in microphone. Just hold your Android phone or tablet close to the speaker of you Amateur Radio transceiver, adjust the waterfall slider to the PSK carrier frequencies and DroidPSK will start decoding.In transmitting mode characters can be entered trough the keyboard. 20 Macros are also available to store standard texts like "name and qth" and "station info"Starting V2.0 DroidPSK now also includes a logbook.

Callsign, Name RST etc can be easily transferred into the lookbook from the receiving screen. If you experience any problems or have any suggestions please let me know at info@wolphi.com. iPad PSK31 Radio Decoder App. Hellschreiber App - Display and Send Hellschreiber On Your iPhone and iPad. Want to monitor and send Hellschreiber (Feld Hell) transissions, without using a bulky computer? 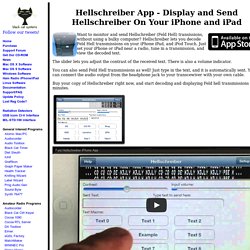 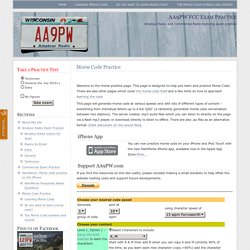 This page is designed to help you learn and practice Morse Code. There are also other pages which cover the morse code itself and a few hints on how to approach learning the code This page will generate morse code at various speeds and with lots of different types of content – everything from individual letters up to a full ‘QSO’ (a randomly generated morse code conversation between two stations). 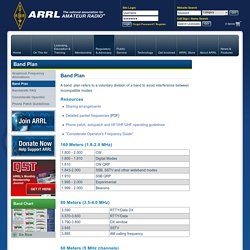