JASPERadio, The Radio to rule them all. Once upon a time, it was now, and I attended a cool PIC class, taught by a dude who started and owns an automation company and decided to pass his programming and design knowledge on. 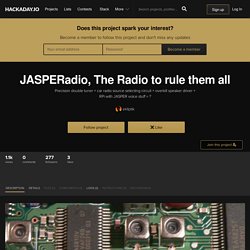 When we got a bit bored with messing with our testing boards with buttons and a temperature probe and 7-segment displays, the idea of building a radio from the ground up sort of happened. The plan now is that we'll design the important stuff and then each of us will get on coding, enclosure building and stuff like that. I decided that this would be an awesome opportunity to opensource semicollective effort and to learn to use GitHub and to actually finish something.BTW the teacher dude (from now on called the Overlord, for anonymity reasons) said that these tuners and drivers cost over a hundred dollars each but he got them with a warehouse he once bought so they're free from his perspective.

A bit strange to shoestring budget me. Details will be added as TL;DR to the project logs. Radio Stream Recorder. r0ck candy Pirate Radio. Pye Radio. Transfer a Video via FM Radio. Ham radio. After researching near space balloon projects and launching two of my own I've found that the major hurdle is in communication with the balloon payload. 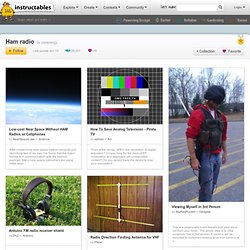 Many near space ballooners are using HAM radio ... Tired of the blocky, JPEG-like resolution of digital television? Do you long for the days of RF modulation and regulated-yet-unregulated content? Do you simply have the desire to toss your converter b... This is a project which will literally pull your mind out from your head. How to build a Morse code telegraph. KC9DNN's Ham Radio Resource. How to build a laser microphone. How-To: Make a Star Trek Bluetooth Communicator. Usually I write about ham radio. But looking at communication devices of the future from the past, I thought it would be fun to have a Star Trek: The Original Series Bluetooth communicator for a cellphone. Aircraft Band Receiver. DIY Radio. DIY Ham Radio Antennas. Simple Laser Communicator. Step #5: Set up and test. 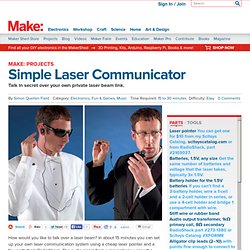 PrevNext We’ll test the system by transmitting a radio signal and amplifying the receiver so we can hear it across the room. First, replace the earphone of your receiver with an audio plug (or just clip the audio plug to the earphone wires), and plug it into an amp or stereo. Here we use a mini portable amplifier.With the radio off, plug in the transmitter. Turn up the volume on the amplifier until you hear a hiss, then turn it down until it isn’t noticeable.With the lights low, aim the laser across the room so it hits the solar cell or photoresistor.

Step #6: Your laser com system is ready! To send secret voice communications, move the amp from the receiver to the transmitter and plug in a mic. Homemade Sirius Radio Antenna. How to Design an FM Transmitter. Wi-Fi Walkie Talkie. Hack 9 FRS and GMRS: Super Walkie-Talkies / Wireless Hacks. Forums - View topic - WiFi Walkie Talkie Recommendations? Back Story: My wife and I have some friends who moved across the country not too long ago. 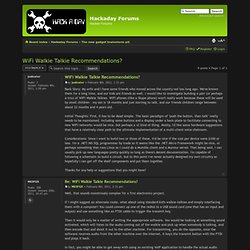 We've known them for a long time, and our kids are friends as well. I would like to investigate building a pair (or perhaps a trio) of WiFi Walkie Talkies. WiFi phones (like a Skype phone) won't really work because these will be used by small children - my son is 18 months and just starting to talk, and our friends children range between about 22 months and 4 years old. Initial Thoughts: First, it has to be dead simple. The basic paradigm of "push the button, then talk" really needs to be maintained. Considerations: Since I want to build two or three of these, it'd be nice if the cost per device were $100 or less. Thanks for any help or suggestions that you might have! Hack a walkie talkie for music. FM Transmitter. By using our site, you consent to this privacy policy: This website allows third-party advertising companies for the purpose of reporting website traffic, statistics, advertisements, "click-throughs" and/or other activities to use Cookies and /or Web Beacons and other monitoring technologies to serve ads and to compile anonymous statistics about you when you visit this website. 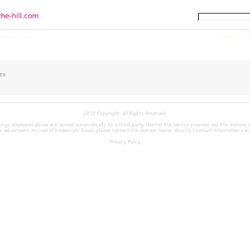 Cookies are small text files stored on your local internet browser cache. A Web Beacon is an often-transparent graphic image, usually no larger than 1 pixel x 1 pixel that is placed on a Web site. Both are created for the main purpose of helping your browser process the special features of websites that use Cookies or Web Beacons. DIY FM Transmitter. Telegraphy. How To Tune In Pirate Radio Broadcasts on Shortwave. This article originally appeared in the February 2014 issue of The Spectrum Monitor Magazine. 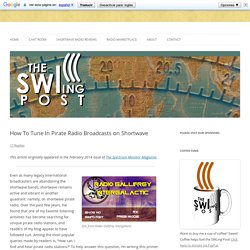 QSL from Radio Gallifrey Intergalactic Even as many legacy international broadcasters are abandoning the shortwave bands, shortwave remains active and vibrant in another quadrant: namely, on shortwave pirate radio. Over the past few years, I’ve found that one of my favorite listening activities has become searching for unique pirate radio stations, and readers of my blog appear to have followed suit. Among the most popular queries made by readers is, “How can I find and hear pirate radio stations?” To help answer this question, I’m writing this primer. Raspberry Pirate Radio.