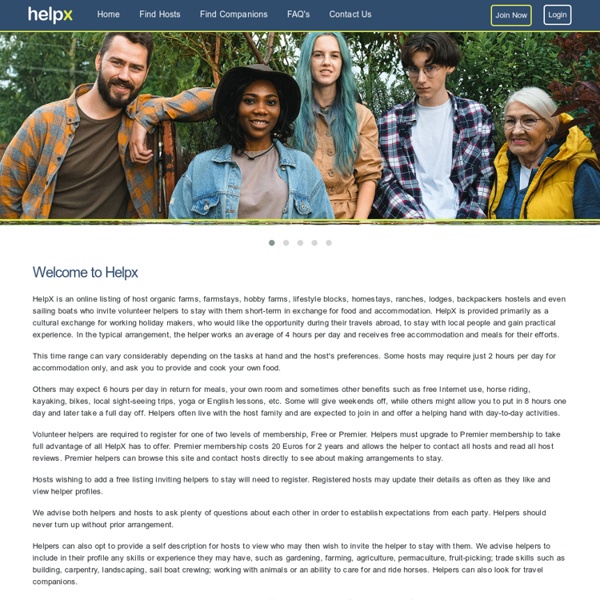 Damanhur - Welcome Office and University - Half Day Visit to Damanhur and the Temples of Humankind A longer and more in-depth visit to the Temples of Humankind is the Half Day, which can be booked for any day of week*. The half day program includes visits to: Damjl, the central area of Damanhur This was the first territory acquired by a group of enthusiastic researchers who wanted to realize their dreams in the physical. How to Read a Compass Navigation by way of compass may seem daunting at first to a beginner, but this trepidation shouldn’t stand in the way of learning to use one. In fact, once you learn how to read a compass, it will be a valued friend in the back-country — one you can always count on to help guide your steps. This guide is meant to be a general overview of the basics of learning how to read a compass, with or without a map.

You Should Take Care Some original images by Alex Welsh, Marija Strajnic, Kendall Paulsen, Max Tomlinson, Chloe Aftel, Sabino Aguad, Jean-Pierre Guenec, Tamara Lichtenstein, Jeff Enlow and Tanya Prilukova. Contact me for more specific image details. All the time I was making this I was thinking of you. Hope there's someone.

Valley of flowers tour packages india, Valley of Flowers Tours, Valley of flowers National Park, Valley of flowers information Cost: 20,000 per person (for group of more than 4 pax INR 14989 per person) Note: Tour will depart with minimum 4 people. COSTS include: Road transportation from Rishikesh to Rishikesh by car, Accommodation in Medium Class Hotels (where applicable) on a twin sharing basis, all Meals, tents on twin share basis, cooking tent and utensils, table and chairs, permits and entrance fees,English speaking guide, cooks and porters/mules.

Navigating Without a Compass - Part 3 - Brian's Backpacking Blog This is the third post in my three-part series on navigating without a compass. In part one I described how you can use easily identifiable constellations to locate the north star, Polaris. In part two I showed how you can use an analog watch and the sun to quickly determine North and South. In this third part I will explain how to use the Shadow Stick Tip method to get a reasonably accurate reading of compass direction. How to Work Abroad After College Student to Student A Guide for Recent Graduates By Katie Krueger The best retreats 1. The Penn Club, London A club in name only. Occupying three houses in Bloomsbury's Bedford Square and backed by a Quaker ethos, it's a tranquil space, despite the central location. The rooms have free Wi-Fi but no televisions.

Neil Gaiman - The official UK publisher's website - American Gods Days before his release from prison, Shadows wife, Laura, dies in a mysterious car crash. Numbly, he makes his way back home. On the plane, he encounters the enigmatic Mr Wednesday, who claims to be a refugee from a distant war, a former god and the king of America. Dronagiri Base Camp Trek l Uttarakhand l India l Eskimoadventure.com Day 01 …….Joshimath(1835 mtrs) – Juma (2461 mtrs) Trek up to Ruing village 1.5kms from the road head. Day 02 …...Ruing – Dronagiri village (3615mtrs) 8.5 kms trail lead up to the village with very nice view of forest & some unnamed peaks. Day 03 ….Trek to Langatoli. Day 04 …...

Navigating Without a Compass - Part 1 - Brian's Backpacking Blog This is the first post of a three-part series in which I want to share with you some easy ways to successfully (and accurately) navigate without the aid of a magnetic compass. There are many different and well proven methods of navigating without a compass, but I’m going to focus on the three techniques that I have found to be the easiest to remember and simplest to actually use. In my opinion you should have a compass with you at all times when venturing outdoors and know how to properly use it. However, there will be times when you don’t have a compass or may have lost your compass and need to be able to find you way back to base camp or to safety.

Donate and Volunteer at Panama's Three Top Childrens's Charities 27% of Panama's Population lives in Extreme Poverty - You Can Make a Difference by Supporting Panama's Three Top Children's Charities You can help the children and families of Panama's neediest citizens by donating to or volunteering at three of the best run charities anywhere. Panama City's modern skyline belies the fact that 27% of Panama's children live in extreme poverty, a majority of them members of Indian tribes living in jungles and mountains. This poverty has nothing to do with what we call "poverty" in the States or Europe. Poverty in Panama means thousands of babies sick and dying from severe malnutrition many in the hills out-of-sight.