Amsterdam. Lisbon Riverside View - Belém 2 in Lisbon. The apartment is very very simple but it has a lot of charm and all come with 2 private bathrooms, living room with sofas, free WiFi and TV. 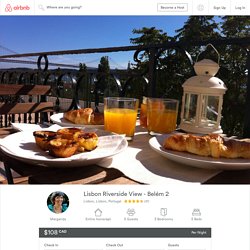 All include an equipped kitchen. Free towels and linen provided. Fully equipped kitchen with everything you need to prepared a meal. Close grocery where you can buy fresh fruit and the essentials for a regular meal. We will be in checkin and checkout and to provide and collect the keys. Local restaurants are available within 300 metres of the apartment. Free public park behind the building and in the street. RA Tickets: Diynamic Showcase (Amsterdam Dance Event 2015) at Loveland ADE at Mediahaven - Minervahaven, Amsterdam. M e s i n e t o. Amsterdam Light Festival. Underground Clubs in Amsterdam. Club - Program. Modern dance in Trouw presale € 15 | door € 17,50 | club With: Patrice Bäumel, Nuno Dos Santos, Melon, Sandrien, Job Jobse and Young Marco door free | club With: Marcel Dettmann, Steffi, Anthony Parasole, Fiedel live, Virginia, nd_baumecker, Boris and Norman Nodge presale € 20 | door € 22 | trouwe honden € 12 | club. 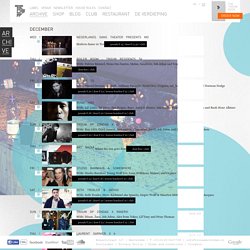 Wishes + dreams. 27 Reasons Singapore Is The Most Delicious Place On Earth. Mdme ✖︎ A Floating World. Where on Earth? 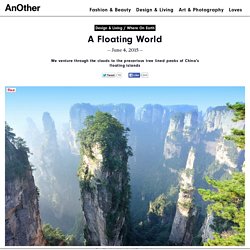 Location: Hunan Province, ChinaGPS Coordinates: 29°16′N 110°22′E With heavy fog blanketing the forest, we pick our way through the twisted pines, following a well-worn trail as it snakes out onto a rocky outcrop. A light rain falls, and everywhere is grey. Ristorante San Giovanni, Casarza Ligure - Restaurant Reviews, Phone Number & ... Bread Ahead bakery and baking school located in Borough Market, London. Exper... Okonomiyaki: Comfort Food and Beer. Okonomyaki This comfort food was something we first saw on the Hairy Bikers Asian Special and just had to try it. 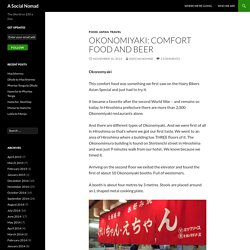 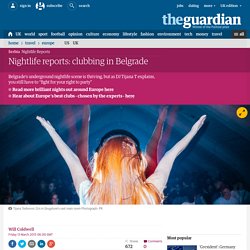 Entering Opservatorijum, however, is like stepping into a peaceful bubble. The tiny white-walled art gallery and bar is resonating with ambient electronic music from a DJ behind a laptop. Solo guests listen silently inside, seated in an almost trancelike state. It feels like an unlikely start to an evening touring the city’s clubs, but the space, which opened earlier this year, typifies the avant garde nature of the city’s underground scene. 25 Coffee Shops Around The World You Have To See Before You Die. Google+ Travel Directory - Riad Goloboy - Marrakech, Morocco. A cool urban sanctuary with a pop art edge, Riad Goloboy is the first of its kind in Marrakech’s labyrinthine medina. 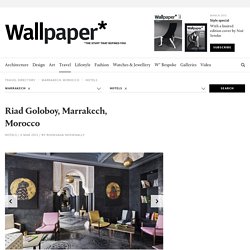 Wrapped in cheerful hues inspired by the colourful works of artists Henri Matisse and Serge Poliakoff, the interiors of the eight-room property are designed by owner and art collector, Béatrice Faujas. Lacy arabesque archways and 50s Danish-style furniture mingle with bold pop art and pieces by French street artist Kouka, while the Moorish romance of the building's typical riad shell reflects Faujas’ longstanding love for Morocco. Shakespeare and Company: The Best Book Shop in the World. 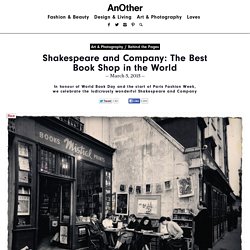 It was a modest space, with no electricity and just three narrow, ground-floor rooms, set one after the other like railroad cars, each no more than 15 feet wide. The shop’s sole window faced out onto the River Seine and Notre-Dame Cathedral. Behind the store were all the marvels of the Latin Quarter. “I’d long wanted a Parisian bookstore of my own,” said George. “After the second world war, there were innumerable shops for sale – France was in an economically bad situation – but I held off until I finally found the exact one of my dreams, the ideal location in the whole world.

" A month prior, George had met an Algerian grocer while reading in a park near his residence, on Boulevard Saint Michel. The war was barely over. Life. 25 of the best clubs in Europe – chosen by the experts. The one after nine o nine thebeaconofgondor: heartoutofhand: ... Kateoplis. 25 Coffee Shops Around The World You Have To See Before You Die. Outsh.tumblr.com/post/97317808999/seljalandsfoss-waterfall-in-iceland. Maras, Peru. The salt pans at Maras. 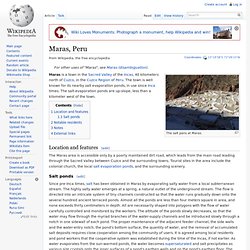 Maras is a town in the Sacred Valley of the Incas, 40 kilometers north of Cuzco, in the Cuzco Region of Peru. The town is well known for its nearby salt evaporation ponds, in use since Inca times. The salt-evaporation ponds are up-slope, less than a kilometer west of the town. Location and features[edit] ETERNITY. Matt Jones.

Jewish soul food. 10 Things You Have To Do in Tokyo. Within an hour of passing through Japanese customs, I was throwing up in the back of our Tokyo-bound taxi. 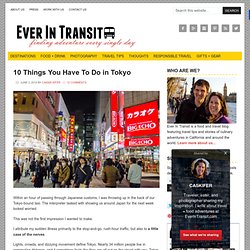 The interpreter tasked with showing us around Japan for the next week looked worried. A Taste of Travel: New Orleans Mini Travel Guide - Casa Diseno LLC. By Tanvier Peart | A couple weeks ago, my husband and I journeyed to New Orleans to celebrate our one year anniversary and while we shamefully admit we have never been – the trip was nothing short of amazing. 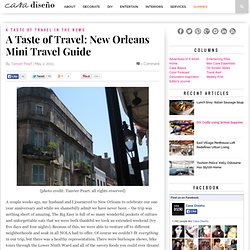 The Big Easy is full of so many wonderful pockets of culture and unforgettable eats that we were both thankful we took an extended weekend (try five days and four nights). 500px / Step Well in India by Joe Routon. I 10 parchi finalisti per il titolo di più bello d’Italia. Mexico I : trevor triano. Overview. File:Stone men at Helsinki Central Railway station.JPG. Historical photos of Fenghuang County in China : Places : BOOMSbeat. Fenghuang County is located in Xiangxi Prefecture, Hunan Province, People's Republic of China. Angel of the North. Angel of the North The Angel of the North is a contemporary sculpture, designed by Antony Gormley, which is located in Gateshead, Tyne and Wear, England. It is a steel sculpture of an angel, 20 metres (66 ft) tall, with wings measuring 54 metres (177 ft) across.[1] The wings do not stand straight sideways, but are angled 3.5 degrees forward; Gormley did this to create "a sense of embrace".[2] Concept[edit] According to Gormley, the significance of an angel was three-fold: first, to signify that beneath the site of its construction, coal miners worked for two centuries; second, to grasp the transition from an industrial to information age, and third, to serve as a focus for our evolving hopes and fears.[2] Construction[edit] Due to its exposed location, the sculpture was built to withstand winds of over 100 mph (160 km/h).

The sculpture is also known by some local people as the "Gateshead Flasher", because of its location and appearance.[7] Maquettes[edit] Iceland Diving. Naqsh-i Rustam: Colossal Tombs of Persian Kings. About 12 km northwest of the Iranian city of Persepolis, lies a rocky hill. Phugtal Monastery. Phugtal Monastery or Phugtal Gompa (often transliterated as Phuktal) is a monastery in south-eastern Zanskar, Ladakh in northern India. Founded by Gangsem Sherap Sampo in the early 12th century, the monastery is a unique construction built into the cliffside like a honeycomb. The cave by Bruno Carlos. Ta Prohm Temple, Cambodia. Dec 26, 2012. ✖ - malformalady: A black volcanic beach near the...