Sask. ranchers stunned as beaver herds 150 cattle - Saskatoon. Mining salt in the hottest place on Earth. Photographer captures amazing 'light pillars' phenomenon in North Bay, Ont. - Sudbury. A northern Ontario man was surprised to wake up in the middle of the night to see beams of brightly coloured lights shooting up into the sky. 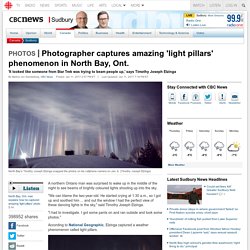 "We can blame the two-year-old. He started crying at 1:30 a.m., so I got up and soothed him ... and out the window I had the perfect view of these dancing lights in the sky," said Timothy Joseph Elzinga. Google Maps. Inordinate Spinescence: Taxonomic Revision and Microtomography of the Pheidole cervicornis Species Group (Hymenoptera, Formicidae) Methods X-ray microtomography X-ray microtomography scans were taken with a Zeiss Xradia 510 Versa scanner and the included XMController software. 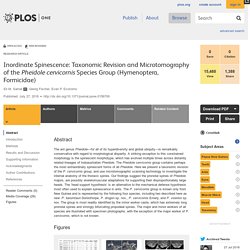 XMReconstructer software was used post-imaging for 3D reconstruction and output files were saved in dicom format. Scanning preparation of dry mounted ant specimens on paper points only involved gluing the point including the ant to a short piece (~4cm) of MicroLumen high performance medical tubing. Parameters for all scans were chosen according to scanning directions in the Xradia 510 Versa manual. Rotation videos were created using Amira software from Volren data visualizations by creating a Camera Path object with seven key frames (rotating around the three standard views: profile, full-face, and dorsal view), selecting constant rotation speed, and saving the movie files in mpeg format with 480p resolution, 24 frames per second frame rate and selecting AntiAliasing2 in the movie maker function.

Abandoned Chinese village swallowed by vines. 12 national parks in 12 months. In between those trips to two of America's most spectacular national parks, Woods visited one park per month, the result of his winning the Eugene C. 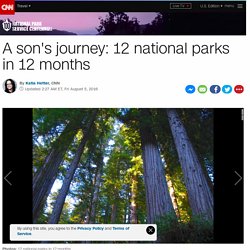 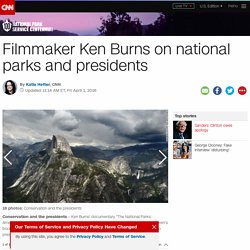 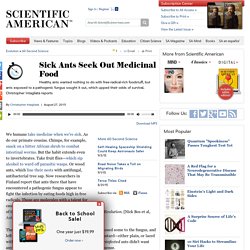 As do our primate cousins. Lightning and wildfires create apocalypse display in Yellowknife skies. Ancient Sea Rise Tale Told Accurately for 10,000 Years. Melbourne, the southernmost state capital of the Australian mainland, was established by Europeans a couple hundred years ago at the juncture of a great river and a wind-whipped bay. 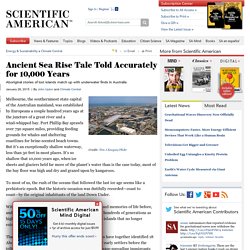 Port Phillip Bay sprawls over 750 square miles, providing feeding grounds for whales and sheltering coastlines for brine-scented beach towns. But it’s an exceptionally shallow waterway, less than 30 feet in most places. Keep Impulses in Check by Looking at Nature. Gazing at images of the great outdoors has been linked with a range of benefits, including pain relief, stress recovery and mood improvement. 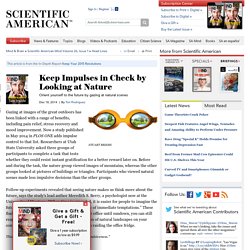 Now a study published in May 2014 in PLOS ONE adds impulse control to that list. Researchers at Utah State University asked three groups of participants to complete a task that tests whether they could resist instant gratification for a better reward later on. Before and during the task, the nature group viewed images of mountains, whereas the other groups looked at pictures of buildings or triangles. Participants who viewed natural scenes made less impulsive decisions than the other groups.

Follow-up experiments revealed that seeing nature makes us think more about the future, says the study's lead author Meredith S. A Watering Hole For Your Inner Sage. Magma erupts from Iceland's Bardarbunga volcano. 33 Things to Do Before Climate Change Ruins Everything — Matter. Fish that Doesn’t Taste Like Chewing Gum Important cold-water fish species, including cod, pollock, and Atlantic Salmon, face a growing threat of population collapse as the oceans heat up. 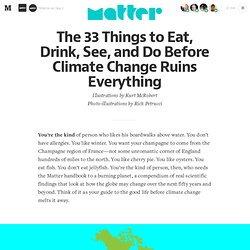 Studies suggest a radical fix: Eat lots of jellyfish, which will thrive in our new climate. Coffee. Holy Shit! Coffee?! A two-degree Celsius temperature rise in the coffee regions of Guatemala, Costa Rica, El Salvador, Honduras, and Mexico, along with a projected five- to 10-percent decrease in rainfall, could lead to a nearly 40 percent decrease in land suitable for growing coffee crops in those countries. The 2014 friendliest (and unfriendliest) cities in the world. 10 out-of-this-world places. The salt flats of Bolivia. 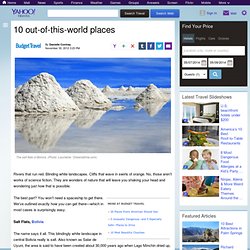 (Photo: Laumerle / Dreamstime.com) Rivers that run red. Blinding white landscapes. 26 Remarkable Places For Solo Travel. Meet Candace: The Girl Cross Dressing Her Way Across Afghanistan. Tourist's pics capture a different side of Pyongyang. Tourism is highly restricted, so booking a guided tour with one of the dozen or so companies endorsed by the state-run Korea International Travel Company is the only way in -- even for those flying solo. 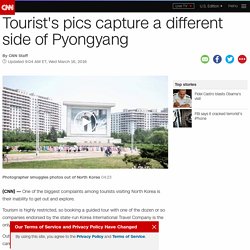 Outside the hotel, a guide accompanies visitors at all times and every tour is carefully choreographed. There are strict guidelines in place dictating what tourists can and cannot do in North Korea -- and that includes photography. London-based tourist and amateur photographer, Michal Huniewicz, discovered just that while on a recent visit to the reclusive country. Great Big Story. B.C. Tourism Video Makes Us Want To Drop Everything And Go Exploring.