Location - Porto Mykonos Hotel. Location: Mykonos Town Overlooking the old port of Mykonos in Mykonos town and only a step away from the famous traditional Windmills of Mykonos, the hotel elegantly combines traditional architecture with contemporary style. 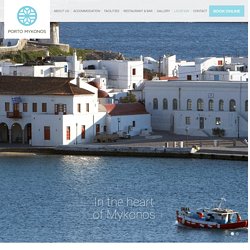 Guests can unwind and enjoy the picturesque views of the Chora of Mykonos and the renowned traditional windmills of Mykonos while staying in their own authentic windmill, which has been turned into a luxury suite. Mykonos Windmills Nuzzled in the heart of the cosmopolitan Mykonos town the Porto Mykonos hotel proudly stands over the crystal clear waters of the Aegean. The Royal Myconian Hotel in Mykonos. The Royal Myconian resort is a luxury hotel located on Elia Beach in the southern and most renowned part of the island of Mykonos, with all rooms and suites overlooking the Aegean Sea. 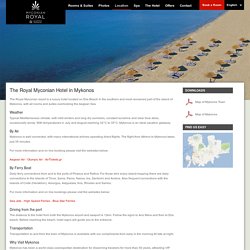 Weather Typical Mediterranean climate, with mild winters and long dry summers, constant sunshine and clear blue skies, occasionally windy. With temperatures in July and August reaching 32°C to 35°C, Mykonos is an ideal vacation getaway. By Air. Carrot Pineapple Orange Juice. Last week we asked in our This and That post if you were interested in us sharing some of our favorite juice recipes. 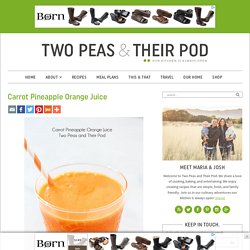 The answer was overwhelmingly YES! So today, we are sharing a recipe for Carrot Pineapple Orange Juice. Oh, and because we love you, we teamed up with our friends at Breville to give away a Breville Juicer-the Juice Fountain Plus. Yahoo! We are still new to juicing, but we are hooked! I’ve been making a lot of green juices, but I thought I would share our favorite “dessert” juice. 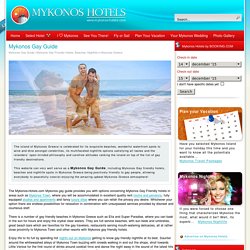 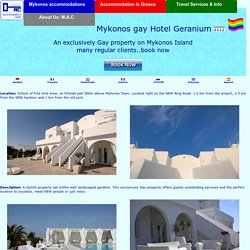 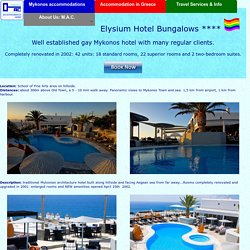 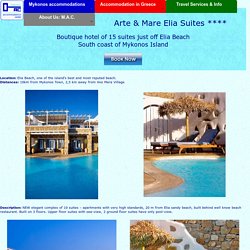 Room-Service, porter service, laundry and ironing services, baby sitting, NEWspaper upon request, beauty therapy upon request, Beach service, car rental, excursions, yacht rental. Arrival & departure transfers from airport or harbour : free of charge as well as sunbeds / umbrellas on the private beach in front of the hotel. Mykonos Elia Beach for 5 star hotels + gay clientele. Hotels: we recommend and book for you the 5 star large hotel resorts : built in 2014 the new luxury Avaton hotel, in 2013 the luxury new Utopia, + the Royal Myconian and the Myconian Imperial with reputed Thalassa Spa. 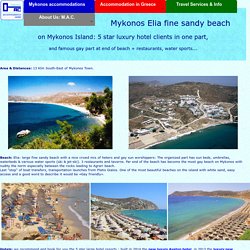 You may choose also to stay at the new 2 boutique hotels: Arte e Mare suites or the bungalow group Greco Philia Suites Self-catering & Villas: luxury new hotel villas Myconian Collection, suites in both the Arte e Mare suites and the Greco Philia have kitchenettes...+ also the Elia Apartments, and new discovery villa Nouvelle. Activities & things to-do: plenty of water sports on this well organized beach. Gallery. Home. The Out NYC Hotel. Nycgo.com. Villa del Palmar Islands of Loreto. If you're seeking a place that defines luxury and true relaxation, look no further than Villa del Palmar at the Islands of Loreto. 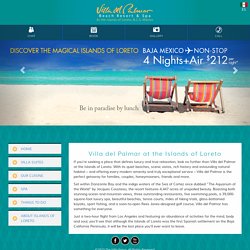 With its quiet beaches, scenic vistas, rich history and astounding natural habitat – and offering every modern amenity and truly exceptional service – Villa del Palmar is the perfect getaway for families, couples, honeymooners, friends and more. Set within Danzante Bay and the indigo waters of the Sea of Cortez once dubbed “The Aquarium of the World” by Jacques Cousteau, the resort features 4,447 acres of unspoiled beauty. Fort Lauderdale voted the TOP Gay Destination! — The New GayTravel.com! POSTED BY a Gay Travel Guru ON Nov 14, 2013 Wilton Manors Gayborhood of the Year, Highest Number of Same-Sex Households It’s not the size of the city that matters, with Greater Fort Lauderdale’s Wilton Manors beating worldwide competition to be named “Gayborhood of the Year” in the 2013 ManAboutWorld Editors’ Choice Awards. 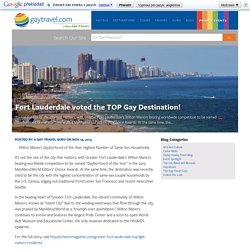 At the same time, the destination was recently cited to be the city with the highest concentration of same-sex couple households by the U.S. Boutique Biscayne Boulevard Hotel. Manoulas Mykonos Resort, Agios Ioannis Mykonos, Greece - Booking.com. Booking.com Guest Review Guidelines Only a customer who has booked through Booking.com and stayed at the property in question can write a review. This allows us to verify that our reviews come from real guests like you. Who better to tell others about the free breakfast, friendly staff, or their comfortable room than someone who’s stayed at the property?

Greek Gateway - A Greek Entertainment Website - Greek Gateway - A Greek Entertainment Website. Saint John Hotel. Welcome to Saint John Mykonos Hotel, an idyllic stunning oasis silhouetted against the clear blue skyline of Mykonos island and located on a 20,000 square meter stretch of pristine coastline in Agios Ioannis. As one of the leading Mykonos beach hotels, Saint John hotel, combines the elegance and luxury amenities you would come to expect from a 5 star, Mykonos hotel of this high caliber.

Its reputation for gracious hospitality, impeccable service and magnificent cuisine is renowned throughout the world and entices visitors to return year after year. Its magnificent private beach, along with the spectacular ocean views makes it an ultimate sanctuary for a holiday of a lifetime. The unique surroundings give this beach resort the spirit of the traditional Island life blended with the authentic cosmopolitan style of Mykonos, where characteristic Mykonos Island whitewashed cubist houses cascade down onto the private pristine 200 meters beach made up of waters of crystal clarity. 7th HEAVEN.

Protestors to Broadcast Stoning on Side of Bev Hills Hotel. Provincetown Inn Rates & Policies. Best Gay Travel - Lists of the Hottest & Best in Gay Travel. Mykonos Gay Beach Guide 2015 - reviews, maps & info. Elia is one of the largest beaches on Mykonos island and the most popular beach with gay sunbathers. This sandy beach is well-managed with many good quality sun beds and shades for rent. At the right-hand end (assuming you are looking at the sea) of the main beach you will see a rainbow flag. The area between the water sports rental area (in the middle of the beach) and the rainbow flag gets progressively gay popular.

Both the sandy quality above and below the waterline is at its best in this section. Beyond the rocky outcrop at the end of the main beach (beyond the rainbow flag) is a second beach that is almost entirely gay with some nudism towards the very end. Further on, beyond the second beach is a much smaller sandy cove that is almost exclusively used by gay nude sunbathers. Sun beds & shades (10 euros per bed in 2015) are available on both the main and second beach. Neither the at seat or restaurant options are cheap. Hire a car and drive. The gay beach L'Espiguette. Montpellier : vacances & tourisme à Montpellier & dans l'Hérault. SEA SIDE STUDIOS & HOUSES Actively gay-friendly Guesthouse Mykonos. The A Hotel by Mykonos Arhontiko, Mykonos. Geranium Moonlight gay-only Hotel NULL. Bellaugello gay-only Guesthouse Tuscany. Bellaugello is the Luxury Guesthouse for Gay Guys in the tranquil heart of Italy * Relax and unwind and be pampered on a peaceful, sunny south facing hillside.* Five luxury individual suites, each with gorgeous double beds, luxury linens.* Large exotic bathrooms, some with double showers, also outdoor showers.* Kitchen corners, tv, dvd, iPod dock, wifi, & private terraces. * 15m x 5m Infinity salt-treated swimming pool - amazing privacy and views.* Sauna - heated by log burning stove, panoramic terrace.* Massage service * Daily Breakfasts served to you, featuring homemade produce.* Optional Dinner served three times a week using local organic produce.* Trust bar and well stocked wine cellar. * Clothing optional with plenty of places to chill and relax.* Extensive gardens and grounds, the estate is 53 hectares.

Bellaugello is a gay guesthouse specifically for Gay Men, however our home is a free and tolerant environment and we are open to all sympathetic adults. Bellaugello gay-only Guesthouse Tuscany. Gay Mykonos. The Greek island of Mykonos (part of the 'Cyclades' group of islands) is one of the 'Big 4' gay summer resort destinations in Europe - along with Gran Canaria, Sitges and Ibiza. For decades, it has been a mecca for gays looking to holiday somewhere beautiful and relaxing, and it offers plenty of gay hotels, bars and beaches - all accompanied by turquoise waters, cute men and plenty of Ouzo. How it got hot It was Jackie Onassis who put Gay Mykonos on the gay travel map – back in the 70’s. Rooms < Sage Inn Provincetown. Home. GALLERY — Salt House Inn - Provincetown, MA - Boutique Hotel - Boutique Inn. Beaconlight Guest House - Provincetown - United States.

Provincetown Inn Rates & Policies. Hotel Excelsior Amalfi Aug 14. Cheap Flights - tripcentral.ca. Home - Hotel Rufolo. Villa Rufolo - Ravello. Camere e suite in una location esclusiva. 2015 Pride Guide. A Calendar of Pride Celebrations from Around the World The first gay pride, known then as Christopher Street Liberation Day, took place in New York City on June 28, 1970 to commemorate the one year anniversary of the Stonewall Riots - an outburst of violent protestations by members of New York City's gay community in response to a police raid of the gay-frequented Stonewall Inn. That same weekend, similar (albeit smaller) marches took place in Chicago, Los Angeles and San Francisco. A year later, in 1971, marches began to take root in other U.S. cities like Boston, Dallas and Milwaukee, as well in cities throughout Europe like London, Paris, Stockholm and West Berlin.

In 2015, Gay Pride will be held in cities around the world; many of the events taking place in June, much as the first one had, as a nod to the Stonewall Riots that ushered in the modern gay rights movement 45 years ago. Renewed or Cancelled - The Complete SpoilerTV 2015/2016 - TV Scorecard. We thought that it would be useful to produce a single summary sheet for all the renewals/cancellations and new shows that we cover here at SpoilerTV. We'll be updating this list as shows get Renewed/Cancelled and when Pilot shows are ordered to Series. 2015 renewed TV shows: 'The Fall' renewed for Season 3. What TV Shows Are Coming Back For Fall 2015. The networks introduced new TV shows for the Fall at this year's upfronts, while other TV shows have been having their season finales.

Thus, renewals and cancellations are being announced for next season. Here are the series that will be back for the 2015-2016 season — plus the shows that are not so lucky (you can also see everything that's been canceled here). The Blacklist: The James Spader hit is coming back for season three.Chicago Fire: The drama is coming back next season.Chicago PD: The new spinoff will get a third season.Law & Order: SVU: The procedural is getting a 17th season.Grimm: The supernatural series will back for a fifth season. Terry Cloth Patio Lounge Cover Yellow Beach Towel Sun Bathing Converts to Tote. Everything - Crushing everyday problems. Sunbed Cover With Side Pocket - Crushing everyday problems. Hygienic cover for your sun bed! Side pocket to keep stuff safe and off the sand. Head pocket for music players and stuffing to make a pillow.