Main.php?run=tips. Brazil Brazil, due to its privileged geographic location, is one of the world's top ranking countries in terms of biodiversity. 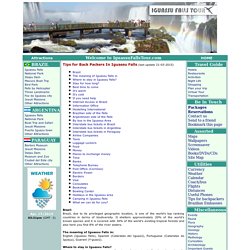 It shelters approximately 20% of the world's known species and it is covered with 30% of the world's existing tropical forests and also here you find 8% of the river waters. The meaning of Iguassu Falls in: English (Iguassu Falls), Spanish (Cataratas del Iguazú), Portuguese (Cataratas do Iguaçu), Guarani (Y-guazú). Where to stay in Iguassu Falls? Mendoza, Argentina: The Ultimate Guide. The Mendoza province sits in the western-central region of Argentina, just over 600 miles (1,000 kilometers) west of Buenos Aires. 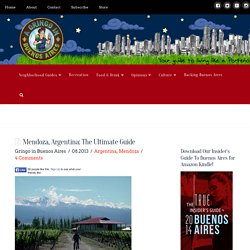 The province shares a border with the provinces of San Juan, San Luis, La Pampa and Neuquén. Its capital is also Mendoza, a city famed around the world for its vineyards and wine production. The western edge of the province shares a natural border with the Andes Mountains; Santiago de Chile (Chile’s capital city) is about 235 miles (380 kilometers) further west. Spanish conquistador Pedro del Castillo established Mendoza in 1561 and for a little over 200 years it belonged to the General Captaincy of Chile, which was a colony of the Spanish Empire. The Argentina Prep Guide: Prepare for Your Trip to Argentina. We have recently published a new guidebook to Argentina available for the Amazon Kindle called The Argentina Prep Guide: Prepare for Your Trip to Argentina. 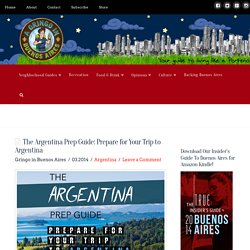 This guide is designed to help you prepare your travel plans to Argentina and also give you actionable advice while you are in the country. Please read below for more information! Iguazú Falls, Argentina: The Ultimate Guide. Situated in the north easternmost corner of Argentina in the province of Misiones and spilling across the border to Brazil is the spectacular Iguazú Falls. 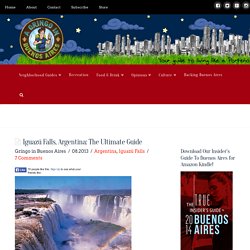 Also known as Iguassu Falls and Iguacu Falls, no matter what you decide to call it, there is no denying that this is one of the world’s most spectacular waterfalls. To put it into some kind of perspective, Iguazú Falls is four times as wide as Canada’s Niagara Falls. Making it so special is the fact that it is not just one waterfall but a collection of 275 individual cascades that line a 1.7 mile (2.7 kilometer) wide horseshoe-shaped gorge. How to Create Dark Moody Low-Key Portraits with Minimal Gear. A Post By: Nick Fancher To paraphrase Samuel L. 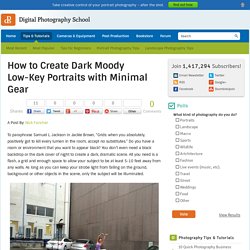 Jackson in Jackie Brown, “Grids: when you absolutely, positively got to kill every lumen in the room, accept no substitutes.” Do you have a room or environment that you want to appear black? You don’t even need a black backdrop or the dark cover of night to create a dark, dramatic scene. Top 30 things to do in La Fortuna de San Carlos, Costa Rica: La Fortuna de San Carlos Attractions – Find what to do today, this weekend, or in March. Cheap flights to South America, budget South America airfare tickets. Long an afterthought by most globetrotters, South America is finally getting the attention it deserves. 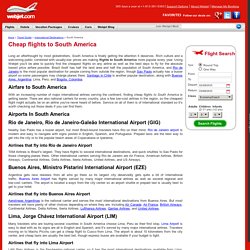 Rich culture and a welcoming public combined with usually-low prices are making flights to South America more popular every year. Using Webjet you’ll be able to quickly find the cheapest flights on any airline as well as the best days to fly for the absolute lowest price airfare possible. Brazil itself has half the land area and half the population of South America, and Rio de Janeiro is the most popular destination for people coming from outside the region, though Sao Paolo actually has a busier airport so some passengers may change planes there.