Track how you sleep, move and eat. 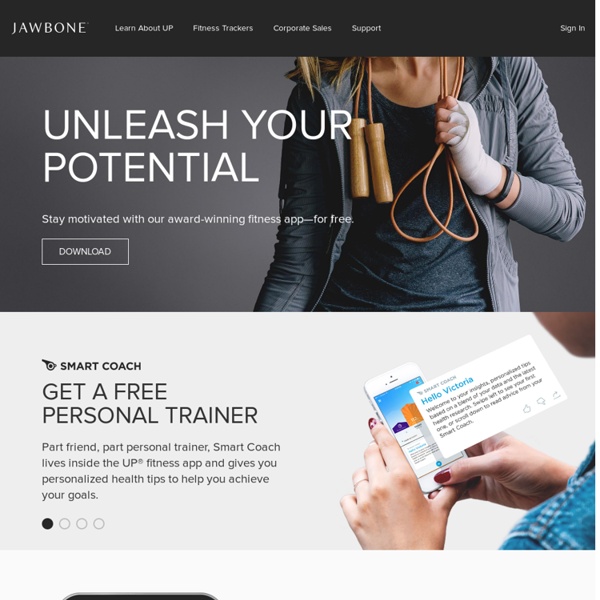 New Wearable For Managing Chronic Illness By Christine Kern A prototype for proactive COPD patient management was unveiled at Dreamforce 2014. A prototype of a new device to support patients with chronic obstructive pulmonary disease (COPD) has been launched by Royal Philips and Radboud University Medical Center. The device is the result of a joint venture designed to leverage mobile, digital, and cloud technological applications to improve patient outcomes, care coordination, and patient empowerment to healthcare. According to a press release, managing chronic COPD can be difficult and expensive as the progressive nature of the disease often leads to complicated therapies and frequent hospital readmissions. Patients affected by COPD are looking to take greater control over their personal health and this prototype is seen as a way to empower them to do just that.

Wearable technology Wearable technology, fashionable technology, wearable devices, tech togs, or fashion electronics are clothing and accessories incorporating computer and advanced electronic technologies. The designs often incorporate practical functions and features, but may also have a purely critical or aesthetic agenda.[1] History[edit] Into the abyss: The diving suit that turns men into fish - Science - News The invention of scuba diving has allowed us to breathe underwater but only at very shallow depths. Thanks to our inability to conquer the bends, diving below 70m still remains astonishingly dangerous to anyone but a handful of experts. Ultra-deep diving is so lethal that more people have walked on the moon than descended below 240m using scuba gear. Now an inventor in the United States believes he has solved the riddle of how to get humans down to serious depths – by getting us to breathe liquid like fish. Arnold Lande, a retired American heart and lung surgeon, has patented a scuba suit that would allow a human to breathe “liquid air”, a special solution that has been highly enriched with oxygen molecules.

Logistics - Spedizioni Internazionali e Logistica Delivery 5-6 days Air freight + Road freight Combi is an innovative method of shipping. The CORE Patient Recovery Vest by Christopher Wright The Real First Aid The CORE Patient Recovery Vest is aimed at those workers who come first in contact with accident victims. It is designed to aid them establish triage and prevent medical shock and of course minimize casualties. Integrated sensors in the vest, measures the vitals and keep the patient’s heart rate, respiratory rate and body temperature displayed so that it’s easy for the responder to monitor and administer the required aid. Designer: Christopher Wright

Coffee Joulies – your coffee, just right by Dave & Dave Many thanks to all our backers for your support!! If you missed out on our Kickstarter campaign head to Joulies.com where you can sign up to be notified as soon as Coffee Joulies are available to order. You can also follow us on twitter @coffeejoulies and on facebook.com/coffeejoulies to stay up to speed on our activities. Eames House: Ray & Charles Eames Need Your Help Charles Ormand Eames, Jr., was born in St. Louis where he briefly studied architecture at Washington University. A fan of the work of Frank Lloyd Wright and the modern architecture movement, he later opened an architectural office in St. Louis. Asthma Wellness Kit Encourages Exercise Asthma Wellness Kit Encourages Exercise (5)Jul-04-12 The Asthma Wellness Kit concept was developed as a way to encourage asthma sufferers to exercise by helping to distinguish an asthma attack from normal heavy breathing. The concept kit includes a device worn in that mouth that features an incorporated peak-flow meter and heat-exchanger. The heat-exchanger levels and adds moisture to the air as it is inhaled, and the peak-flow meter monitors the airways in order to send early warning of a coming attack. The Wellness Kit was designed with the idea of holistic asthma management in mind.

10 Wearable Health Tech Devices To Watch Wearable medical technology is becoming a hot commodity. As these devices come to market, they have the potential to help both patients and clinicians monitor vital signs and symptoms. 1 of 11 Wearable health technology is drawing serious attention in the press and for good reason. Such devices will likely transform medical care in unimagined ways, turning science fiction in science fact. Glow-in-the-dark lamps made from dead JELLYFISH By Deborah Arthurs Published: 16:09 GMT, 12 March 2012 | Updated: 18:56 GMT, 12 March 2012 Could this be the best ever use for a deceased jellyfish? A bright spark has found an ingenious use for the corpses of the sea creatures: making them into glow-in-the-dark lamps. U.S. firm The Amazing Jellyfish (theamazingjellyfish.com) take the bioluminescent bodies of creatures that have died of natural causes and encase them in resin, thus preserving not just their bodies, but also their incredible glow-in-the-dark properties.