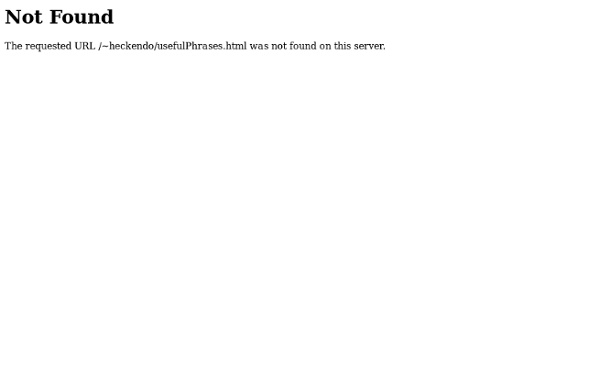 How to Criticize with Kindness: Philosopher Daniel Dennett on the Four Steps to Arguing Intelligently By Maria Popova “In disputes upon moral or scientific points,” Arthur Martine counseled in his magnificent 1866 guide to the art of conversation, “let your aim be to come at truth, not to conquer your opponent. So you never shall be at a loss in losing the argument, and gaining a new discovery.”

World's funniest joke The "world's funniest joke" is a term used by Richard Wiseman of the University of Hertfordshire in 2002 to summarize one of the results of his research. For his experiment, named LaughLab, he created a website where people could rate and submit jokes.[1] Purposes of the research included discovering the joke that had the widest appeal and understanding among different cultures, demographics and countries.[citation needed] The History Channel eventually hosted a special on the subject. 6 Amazingly Intelligent Animals (That Will Creep You Out) Animals may be extremely well-organized and insanely ballsy, but we'll always have one giant advantage over them: our intelligence. Also, cars and rocket launchers and such. But thinking is what makes us human, and thinking means we'll always be the ruling species on this planet, because the rest of those guys are really stupid. Well ... not all of them. So, in our latest attempt to make all of our readers afraid of Mother Nature, we give you ...

Effing Worms - Eat people and destroy stuff as a giant worm. Uploaded on July 20th, 2010 Keywords: Stick, Figure, Worm, Effing, Arcade Embedding code <embed src=' width='640' height='480'></embed><br /><a href=' target='_blank'>Play more free flash games at LorenzGames.Com</a> Game Description Eat shitloads of stick figures playing as gigantic worm. Intellectually-honest and intellectually-dishonest debate tactics – John T. Reed Copyright by John T. Reed This Web site is, in part, a debate between me and others with whom I take various issues. I welcome intellectually-honest debate. It is one of my favorite ways to test my theories and learn. Incredibly Offensive Jokes Incredibly Offensive Jokes Just... don't read these, okay? If you do read them, don't fucking complain.

Diego's Blog: Oxford Physics Aptitude test The PAT The Physics Aptitude Test (P.A.T) is a an admissions test set by Oxford, which is used to short-list and judge candidates (for more info click here). According to Oxford, it's a much better predictor of future academic success than GCSE results, ye well no shit. I mean seriously, GCSE's have been so dummed down that its becoming increasingly difficult not to get an A* in any of the Sciences.

Joke639 - A Professional Gambler During the Great Depression, there was a man who walked into a bar one day. He went up to the bartender and said, "Bartender, I'd like to buy the house a round of drinks." The bartender said, "That's fine, but we're in the middle of the Depression, so I'll need to see some money first." The guy pulled out a huge wad of bills and set them on the bar. The bartender can't believe what he's seeing. Weight Loss Plan A man calls a company and orders their 5-day, 10 lb. weight loss program. The next day, there's a knock on the door and there stands before him a voluptuous, athletic, 19 year old babe dressed in nothing but a pair of Nike running shoes and a sign around her neck. She introduces herself as a representative of the weight loss company. The sign reads, "If you can catch me, you can have me." Without a second thought, he takes off after her.