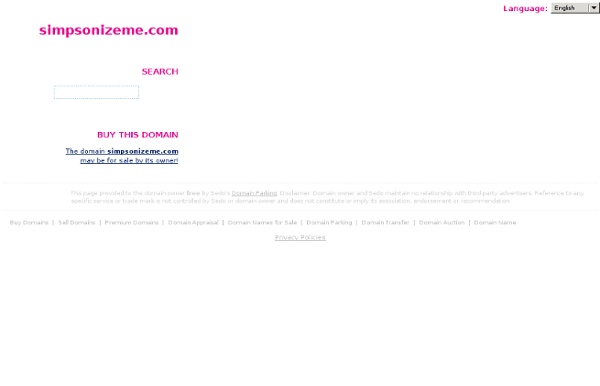 Barcode Yourself by Scott Blake Barcode Yourself is a complete, interactive experience in the series of barcode art, created using the personalized data of participants. Enter an individual's gender, weight, height, age and location, and the barcode is formed using real-world data. The individualized barcode can then be printed, mapped, scanned, even depicted on a t-shirt or coffee mug. Uber-geeks can even test out their barcodes on their next grocery run. It is in scanning a barcode that the project reveals its humor, like a banner that reads: Disclaimer! It is here, within the confines of an American obsession with "worth," in which the fun begins. The data entered into Barcode Yourself takes a topsy-turvy twist to its personalized end numbers, with the exception of the hard-data that correlates with "location," which tallies up in the Gross Domestic Product of each country. With the complexity of mocking self-identity, Barcode Yourself lays out a fresh absurdity in the modern world of consumerism. More info in FAQ.

Comic Life - Version 1.4 “4 Stars and Editors Choice.” MacUser Dec. 2013 "Awesome!... "Outstanding." Ever wanted to be a character in a comic book? It's the app with everything you need to make a stunning photo comic.Fonts, templates, panels, balloons, captions and lettering art. Comic Life is also great for doing school projects, how to guides, flyers for your business or group, storyboarding, lesson plans, book reports, Internet memes; and that's just to name a few! Creating an original work is easy with the script editor. Photo filter effects and all our lettering options really make your photos come alive. When you're done you can share your masterpiece with your fans in a variety ways. Make it your story. Script Editor Get your words straight before starting your layout.

Pick Out Your Photo, Send Back the Rest Claim: Woman who demands her photo back from her boyfriend receives a box of pictures with instructions to pick hers out and return the rest. Examples: [Collected via e-mail, March 2004] THE ULTIMATE RESPONSE TO A "DEAR JOHN LETTER" You gotta love a man like this ... Humor in the face of defeat. A Marine was deployed to Afghanistan. So the Marine did what any squared-away Marine would do. He then mailed about 25 pictures of women (with clothes and without) to his girlfriend with the following note: "I don't remember which one you are. [Collected on the Internet, November 1994] Consider WW-II in the Pacific. Origins: In 2007 someone posted the following anecdote to the "Revenge" section of a web site dedicated to collecting true tales of relationship While serving overseas for the military, my long-time girlfriend wrote me a letter stating she was in love with someone else and wanted nothing further to do with me. [Los Angeles Times, 1905] Marshall P. The young man's reply was amusingly cruel.

Clients From Hell 2leep.com latest links Happy Mug Shot Portraits All these people seem to be so happy when smiling for their booking photograph. I wonder why. Some of them even can?t smile. Girls with Car Accidents Photos girls car accident photos , women car accident photos , car aciident by a girl photos , skinny woman car , accident , water car accident woman , nice woman in mud with accident , car accident injury girlsmore... Cartoon Princesses Unleashed and Unedited #3 Alternative version of famous cartoon stories which were going on behind the scenes of cartoons. Photos Screaming to Be Explained - Part 2 Second part of a very very funny collection of photos that are just screaming for an explanation.more... More Actresses in the Mix for The Dark Knight Rises: Hathaway, Biel, Knightley Christopher Nolan's trilogy closer THE DARK KNIGHT RISES is easily one of the most anticipated movies coming in the next few years, so expect to see every rumor and detail given appopriate attention.more... World? Do You Like Asian Girls?