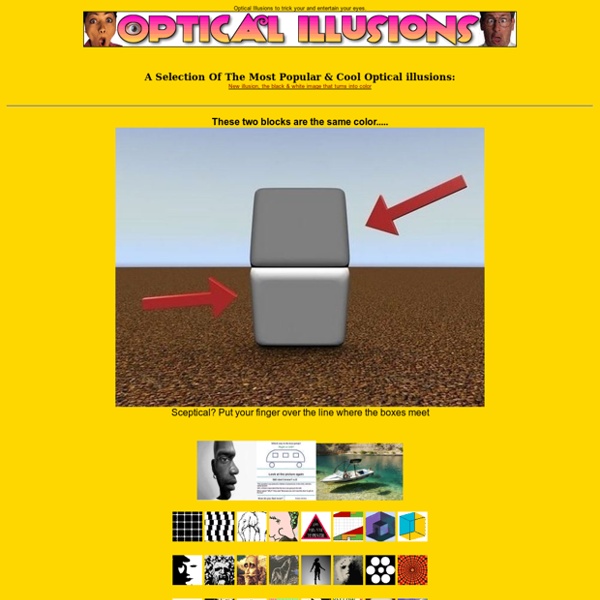 IQ Tests, Brain Teasers & Puzzles Neuroscience Movies "...And when he came to the place where the wild things are they roared their terrible roars and gnashed their terrible teeth and rolled their terrible eyes and showed their terrible claws till Max said "BE STILL!" and tamed them with the magic trick of staring into all their yellow eyes without blinking once and they were frightened and called him the most wild thing of all and made him king of all wild things."--- Maurice Sendak, Where the Wild Things Are "Feral" means wild or existing in a natural state. Feral children are those who have been abandoned or lost in the wilderness and have spent a significant amount of their formative years there. These child have lived without any direct human contact and often with the aid of wild animals who have adopted them into their groups. Feral children are NOT the same as autistic children - both of these conditions are due to aberrations of the normal biological developmental process. Questions to consider while viewing these films:

Optical Illusions -- Boys' Life magazine Your eyes can play tricks on you. Pictures that confuse your eyes and brain, tricking them into seeing something differently, are called optical illusions. See if you can figure out these optical illusions. None: They’re all the same size. Neither: They’re both the same. Stare at the black dot. No, they’re perfectly straight—but try telling your eyes that! Stare at the center. Look closely and you will see them. If you see one, close your eyes for a moment, then look for the other. Yep, you guessed it. Stare at the center of this flag for one minute. Your eyes see color as measures of red or green, blue or yellow and bright or dark. The 4 Big Myths of Profile Pictures Hello, old friends. I am back from dark months of data mining, here now to present my ores. To write this piece, we cataloged over 7,000 photographs on OkCupid.com, analyzing three primary things: Facial Attitude. Is the person smiling? In looking closely at the astonishingly wide variety of ways our users have chosen to represent themselves, we discovered much of the collective wisdom about profile pictures was wrong. One of the first things we noticed when diving into our pool of photos is that men and women have very different approaches to the camera. Women smile about 50% more than men do and make that flirty-face four times as often. Now, you’re always told to look happy and make eye contact in social situations, but at least for your online dating photo, that’s just not optimal advice. Notice that, however, that flirting away from the camera is the single worst attitude a woman can take. Men’s photos are most effective when they look away from the camera and don’t smile: Weird.

Download Brico Pack Crystal XP on CrystalXP.net - Shell Packs Adding to your favourites... Rate this file Brico Pack Crystal XP Drag your mouse on the stars and click <a href=" online</a> Download 14.55 MB 4711936 times Description : BricoPack Crystal XP is a free pack which makes it possible to modify the system files of Windows XP in order to give it a new appearance fun and variegated. This pack modifies : - all the original icons of Windows (explorer, internet, control panel,...) - its visual style (the style of your windows, start panel, buttons...) - the logon screen (the one who shows « welcome » - all the animations (copy and paste - cut and paste - search...) - the wallpaper - the icons of explorer toolbar (previous - next - display properties...) Warning : the use of a BricoPack installed without following our instructions can make your system down.

Puppy fakes his own death - National Dogs Next viral video? You be the judge - even if it's not, it is fun to watch. The video clip included involves two dogs playing together. One playful pup engages the other, only to fall over - seemingly "faking" his own death (you can, however, see him peek up to check on his opponent's reaction). The pup lies on the ground for just a moment, then bounces up for more fun - and then falls to the ground again. If someone trained this dog to do to fake his own death - all that I can say is "wow". Enjoy a light-hearted moment. We all deserve it. If you would like to continue receiving dog-related articles, including the latest news, tips and advice, please click the Subscribe Icon. Story ideas can be shared at Eims1@live.com. To view all recent articles, simply click "Penny Eims" highlighted in blue at the top of this article - a full listing of articles will be shown

Revo Uninstaller Pro - Uninstall Software, Remove Programs easily Get Free Logos, Free Logo Design & Professional Business Logos 15 cool word illusions If you're a regular visitor (reader) of my blog, you'll probably know that I really like optical illusions. Here's another article about this phenomenon, now it's all about optical illusions with words. I'll start off with a classic. Check out the following image. Say aloud the ink color of each word. The next one is a really cool wedding card. This one is pretty strange. What do you read here? Somewhat simular to the previous illusion. When looking at the following illusion, you'll probably read the word Life. Another double word illusion. The following illusion looks like a couple of blocks don't doing anything. This is a double word illusion that fits exactly in this topic. Read the text in the triangle below out lout. Did you read I love Paris in the springtime? In this illusion you'll read the word Teach and the reflection of it. The following four illusions show faces of people. Bonus: FFF Count the "F's" that are in the following text. How many "F's" did you find? Wrong. Bonus 2: Face

Optical Illusions - Free Picture Illusions Optical Illusions and Visual Phenomena Optical Illusions Pictures - Will They Trick You As Well? Optical illusions (sometimes called also visual illusions) are cool images perceived in a manner that differs from objective reality. What the human eye sees is interpreted by the brain in a way that contradicts physical measurement of the source image. You can find several types of cool optical illusions on this site all sorted into detailed categories located below and in menu on the right side as well. Illusion of the Day This video will blow your mind. Warm Up Your Brain Can you find all 5 Y's in this picture? Here are the 5 Y's circled if you could not find them. Red Dot Only a few people can see an image hidden in this eye test. There is a horse hidden. Brick Wall Visual Illusion Yet another cool picture that baffled Internet. There is a lighted cigar.

Optical Illusion Pictures at WomansDay.com - Cool Optical Illusion If you’ve ever felt like you go a little cross-eyed after taking a peek at an optical illusion, then you know they can be a pretty intense phenomenon. What your eyes perceive when looking at one of these images is actually a visual illusion; you see the image as something different than what it is because the different cells and receptors in your eyes distinguish images and colors at dissimilar speeds. The eye can only receive a limited amount of visual stimuli, but as your brain constantly processes the visual information, it gives you the illusion of continuous sight. Flowing Leaves The brown leaf shapes against a green background make this look as if the entire group is flowing—making waves if you focus on the picture as a whole. Pulsing Vortex If you stare at this one long enough you’ll notice a fast and pulsing multicolored vortex. Waves The blue almond-shaped objects look as if they’re all passing over three separate columns. Hypnosis Kaleidoscopes Wormhole Bull’s-Eye Starbursts

Watch out! Optical illusion! Art & Design ‘Mind your step' is a big optical illusion on a square in Stockholm made by photographer Erik Johansson.