Dan Pink on the surprising science of motivation 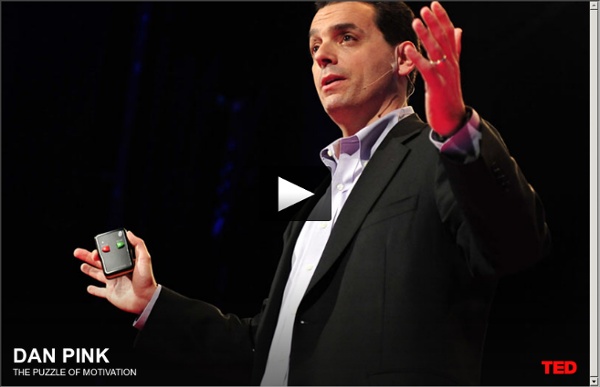 Applying Positive Psychology in the classroom « adolescent toolbox blog In a recent lecture by Dr Toni Noble she stated that 8 out of top 11 factors affecting academic performance & learning relate to social-emotional factors, such as; School Culture Classroom climate Classroom management Quality of Student-teacher interactions Peer support Ideas by Peter Watson - Asiaing.com: Free eBooks, Free Magazines, Free Magazine Subscriptions Ideas: A History of Thought and Invention, from Fire to Freud, By Peter Watson. HarperCollins, 2005. "This is a grand book...The history of ideas deserves treatment on this scale." —Evening Standard (London) Thought Files of the Young Broken Reckless Why do people commit crimes? There are a multitude of reasons, but Dr. David Eagleman believes that it really comes down to states of the brain. There have been many cases in which violent murderers or sick pedophiles are found with tumors in their brain — and in the cases where these tumors are removed, the behavior of these criminals ceases to be criminal, and in fact they often revert back to being healthy and happy members of society. Our desire to punish people comes from lacking understanding of their context.

Positive Psychology in the Classroom –by Sherri Fisher Do you ever wish you were more creative? New research has shown that adults can be primed to become more creative simply by being asked to think like children. There are many kinds of creativity, including flexible thinking, elaboration of existing ideas, fluency of ideas, and originality. For the purposes of the study conducted at North Dakota State University, college students were asked to imagine and write about what they would do if school was canceled for the day. In the experimental condition, they were primed in advance of writing to imagine that they were seven years old.

How to dream up a New Yorker cartoon caption Guest blogger Deirdre Barrett is a psychologist who researches dreams and sleep — and explores how dreams can be used to unlock waking-world problems. In this post, she looks at the New Yorker Cartoon Caption Contest, which recently featured a cartoon involving what might be a TED speaker’s worst nightmare … It started when, over on New Yorker cartoon editor Bob Mankoff’s blog, she threw out a challenge: Can you (literally) dream up a great caption? We asked for more: The New Yorker Cartoon Caption Contest targeted TED recently.

Twelve Virtues of Rationality by Eliezer Yudkowsky by Eliezer Yudkowsky The first virtue is curiosity. A burning itch to know is higher than a solemn vow to pursue truth. To feel the burning itch of curiosity requires both that you be ignorant, and that you desire to relinquish your ignorance. If in your heart you believe you already know, or if in your heart you do not wish to know, then your questioning will be purposeless and your skills without direction. Curiosity seeks to annihilate itself; there is no curiosity that does not want an answer.

Got Your ACE Score? « ACEs Too High There are 10 types of childhood trauma measured in the ACE Study. Five are personal — physical abuse, verbal abuse, sexual abuse, physical neglect, and emotional neglect. Five are related to other family members: a parent who’s an alcoholic, a mother who’s a victim of domestic violence, a family member in jail, a family member diagnosed with a mental illness, and the disappearance of a parent through divorce, death or abandonment. Each type of trauma counts as one. So a person who’s been physically abused, with one alcoholic parent, and a mother who was beaten up has an ACE score of three.

Printable Crossword Puzzles for kids There are two types of crosswords available to print for personal use. There are 9x9 and 15x15 puzzles. The 9x9 printable crossword puzzles are small and easy enough for older kids and beginner level crossword puzzle enthusiasts. These printable crossword puzzles are smaller in size than standard puzzles which make them ideal for beginners or kids. frederick herzberg motivational theory, motivators and hygiene factors, free herzberg diagrams home » leadership/management » frederick herzberg motivational theory Frederick Herzberg's motivation and hygiene factors Frederick Herzberg (1923-2000), clinical psychologist and pioneer of 'job enrichment', is regarded as one of the great original thinkers in management and motivational theory. Frederick I Herzberg was born in Massachusetts on April 18, 1923.

6 Questions That Will Make You Fee Peaceful and Complete “The best place to find a helping hand is at the end of your own arm.” ~Swedish Proverb When I was in my mid-twenties an unhealthy relationship with an unhealthy guy sent me packing off to the corner of New Mexico to find myself.

Yes, and that's only Autonomy he had time to discuss, I wonder what he has to say about the two other intrinsic motivators Mastery and Purpose by cassius Jan 22