Hidden America: Children of the Plains 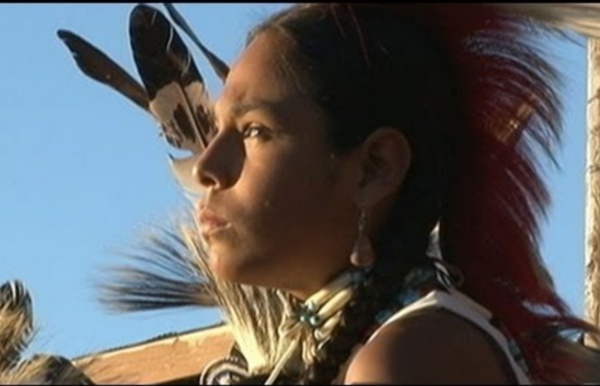 The Absolutely True Diary of a Part-Time Indian by Sherman Alexie Analysis: Drinking Problems in Reservations To become addicted to alcohol has different reasons. Having problems is one of them. U.S: Geography, states, landmarks, maps, cities, population, laws, speeches U.S. States, Cities, History, Maps Year by Year: 1900–2015 Enter a year: Special Features For Every Dream: Lakota in America Job prospects for anyone are scarce in Eagle Butte, but for teenagers, the options are limited to Dairy Queen and Subway. In 2013, realizing CRYP had the power to make an economic impact, too, Garreau added one more program to the list: internships. CRYP interns can apply for a position to work in the Keya Cafe or the garden, or choose to learn arts or wellness. All internships last a few weeks and pay $500. CRYP staff provides résumé guidance and walks teenagers through interviews. At the end of each summer, Eagle Butte has a hundred or so more young people who know how to communicate with customers, manage a cash register, make a latte, or harvest vegetables from a garden and, most significantly, participate in the economy and provide for themselves.

50 Amazing Facts About Ireland 50 Fascinating Facts about Ireland Ireland is a beautiful green country located in northwest Europe. It is an island that is separated from Great Britain by the Irish Sea. The island is considered the 20th largest island in the world, and encompasses 84,421 kilometers squared of land. It is home to 6.4 million people, and the capital city of Dublin has a population of 1.273 million people. United States – WebEnglish.se Related Native Americans, 7-9 Related topics: Thanksgiving, Year 3-7 Colonisation of North America 8-9 Background Native Americans Came to America in One Single Migratory came later than we originally thought—and in one single migratory wave.

The Absolutely True Diary of a Part-Time Indian Literature Unit - activities, vocabulary, quizzes, and more Daily Reading Journal Go beyond a simple book report. See the progress your students make while they are reading! Mixed Review Literature Unit The Absolutely True Diary of a Part-Time Indian mixed review - print all section questions at once (options for multiple keys) Dr. Martin Luther King Jr. Articles & Videos Skip to main content <div id="nojs-warning">WARNING: Javascript must be enabled for the correct page display</div> Sign InRegister ReadWorks.org Skunk, Bayou, and Other Words with Native American Origins While the English language has adopted a tiny fraction of general vocabulary terms from the extraordinarily diverse and numerous indigenous languages of North America, evidence of the these languages is starkly present on any map of the area. From the names of states, cities, and towns to the names of rivers, lakes, mountains, and deserts, the contributions of Native American languages are omnipresent, and too many to catalog here. For a sampling, the following are names of tribes that have been applied to places, including states (Illinois, Delaware, Massachusett, Iowa, Kansas, Alabama, Missouri), cities and towns (Miami, Montauk, Mobile, Biloxi, Cheyenne, Natchez, Wichita, Spokan, Walla Walla, Yuma), rivers and lakes (Erie, Huron, Missouri), and mountains and deserts (Apalachee, Teton, Mohave, Shasta). More place names come from other indigenous words.

Virtual Travelling: An Innovative Easy-to-Set Speaking Project Virtual travelling must be the next best thing to actually travelling. Arguably, of course. Using technology in the class is a risk. Native Americans - Origins Christopher Columbus discovered America in 1492 - Wrong! Christopher Columbus was the first European to set foot in the country that was to be called America - Right! There is a huge difference between the two statements above. The North American continent had been inhabited for thousands of years before Europeans 'discovered' it and settled there. It is believed that the first people to inhabit North America were Asian in origin. It is believed that they made the journey from Asia to Alaska by crossing the Bering Strait during the Ice Age (at least 10,000 years ago)