The absolutely true story of a part time indian 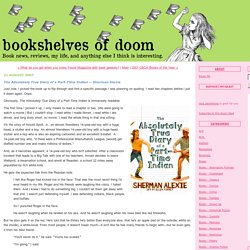 I read two chapters before I put it down again. Oops. Obviously, The Absolutely True Diary of a Part-Time Indian is immensely readable. The first time I picked it up, I only meant to read a chapter or two. (We were going to watch a movie.) It's the story of Arnold Spirit, Jr., an almost friendless 14-year-old boy with a huge head, a stutter and a lisp. And, as it becomes apparent, a 14-year-old boy who isn't satisfied. He gets the expected flak from the Reardan kids: I felt like Roger had kicked me in the face. But he also gets it on the rez. "You'll never do it," he said. It's heartbreaking and hopeful, and Arnold himself ranges from sarcastic to devastated to philosophical to practical to lusty to frustrated to resigned to angry. The cartoons by Ellen Forney enhance the text—they aren't distracting at all, and her style fits well with Arnold's voice. 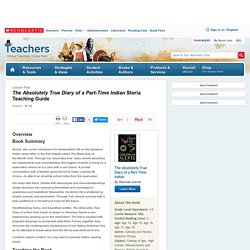 Through his “absolutely true” diary, Arnold describes his impediments and vulnerabilities, the biggest of which is living on a reservation where he is a zero with a zero future. A pivotal conversation with a teacher spurs Arnold to make a daring life choice—to attend an all-white school miles from the reservation. His rocky start there, riddled with stereotypes and misunderstandings, slowly develops into surprising friendships and successes in academics and basketball. Meanwhile, his family life is shattered by deaths, poverty, and alcoholism. Heartbreaking, funny, and beautifully written, The Absolutely True Diary of a Part-Time Indian is based on Sherman Alexie’s own experiences growing up on the reservation.

Contains mature content. Teaching the Book Get Ready to Read Pre-Reading Activities Author’s Viewpoint Preview and Predict. Untitled Prezi by Ylva Englund on Prezi. For ESL English Language Learners. The Absolutely True Diary... Facts About Native American Indians. If you were born in the United States, then you are an American citizen for sure, but are you a Native American? 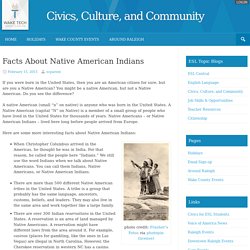 National Archives Geronimo (on the right) and his son waiting for a train that transported them and other Apache prisoners to Florida, in 1886. 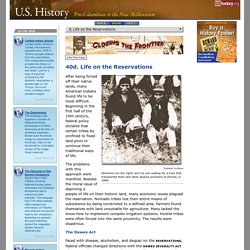 After being forced off their native lands, many American Indians found life to be most difficult. Beginning in the first half of the 19th century, federal policy dictated that certain tribes be confined to fixed land plots to continue their traditional ways of life. The problems with this approach were manifold. Part time indian. The Absolutely True Diary of a Part-Time Indian. Från jullovet till nu har jag arbetat med The Absolutely True Diary of a Part-time Indian av Sherman Alexie med mina nior. 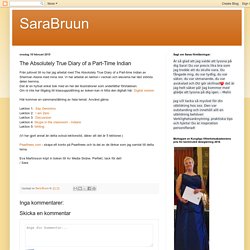