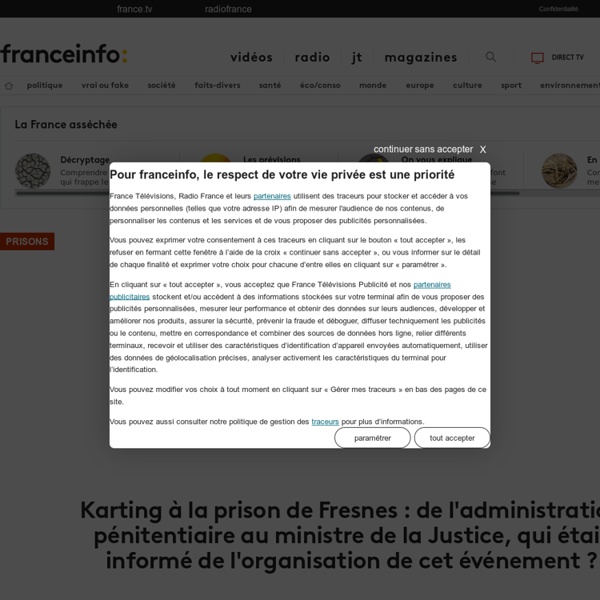 Quels risques pour la santé ? 21 July 2011Last updated at 07:47 By Richard Warry BBC News Prof Malcolm Sperrin, a medical physicist, on the Japan quake health risks Concern remains over the potential effect on human health from radiation leaks at the stricken Fukushima Daiichi nuclear plant. Fukushima Nuclear Accident – a simple and accurate explanation Editors' Note: this post was written by a person who knew of nuclear physics but was not a nuclear engineer nor physicist, but an economist. This content has now been edited for accuracy by the MIT scientific community. Below is an updated version of the original post written by Josef Oehmen. This post originally appeared on Morgsatlarge. Members of the NSE community have edited the original post and will be monitoring and posting comments, updates, and new information. Please visit to learn more.

Zigeunerweisen Zigeunerweisen (Gypsy Airs), Op. 20, is a musical composition for violin and orchestra written in 1878 by the Spanish composer Pablo de Sarasate. It was premiered the same year in Leipzig, Germany. It is based on themes of the Roma people, and in the last section the rhythms of the csárdás; this section uses a theme previously used in Franz Liszt's Hungarian Rhapsody No. 13, composed in 1847. As one of Sarasate's most popular compositions and a favorite among violin virtuosos, the work has remained a staple on records at least since Sarasate himself recorded it in 1904. It has been recorded by a large number of violinists. Composition[edit] Child prostitutes forced to cash-in on fans at Brazil World Cup - selling sex for £1.30 Children as young as 10 are being forced to sell themselves for sex on the streets of Brazil to cash in on the waves of ­football fans heading to the World Cup. A Sunday People investigation today reveals how kids living in shocking squalor and high on crack cocaine are exploited by drug dealers and pimps. And as 600,000 foreign fans ­including Brits flood into Brazil this week, the youngsters’ plight will get worse. I flew out last week to host city Recife on the north-east coast to ­interview children caught up in the vicious cycle of prostitution. As a former detective and with ­nearly 30 years of experience in ­investigating child abuse, including the Jimmy Savile scandal, what I found in Brazil made me shudder. Thousands of ­desperate kids…

Chronolgie d'une catastrophe 13 March 2011Last updated at 20:29 There are fears about the safety of Japan's nuclear power stations. The authorities are working to prevent a second explosion at the Fukushima nuclear power station, where there was a huge blast on Saturday. Japan's disaster compounded by dwindling supplies for survivors, nuclear emergency A series of unstable nuclear plants across the country threatened to compound the nation’s difficulties, which started with Friday’s double-barreled disasters — first an 8.9-magnitude earthquake, then a tsunami. At the Fukushima Daiichi nuclear plant, one containment building housing an overheated reactor had already exploded. A top Japanese official feared the same might soon happen at a second unit.

OpenLeaks - LeakDirectory From LeakDirectory OpenLeaks.org is a current work in progress by former WikiLeaks.org people, including [Domscheit-Berg] with the intention of providing a whistleblowing infrastructure for local whistleblowers and the mainstream media and non-governmental organisations, without the controversy associated with Julian Assange and WikiLeaks.org They should have much to contribute in terms of computer infrastructure security, anonymity and scalability experience, but their system, like that of Wikileaks.org / WikiLeaks.ch itself, is not currently accepting any whistleblower submissions.

Treme (TV series) Treme (/trəˈmeɪ/ trə-MAY) is an American television drama series created by David Simon and Eric Overmyer that aired on HBO. The series premiered on April 11, 2010, and concluded on December 29, 2013, comprising four seasons and 36 episodes. It takes its name from Tremé, a neighborhood of New Orleans.[1] The series begins three months after Hurricane Katrina as the residents, including musicians, chefs, Mardi Gras Indians, and other New Orleanians, try to rebuild their lives, their homes and their unique culture in the aftermath of the 2005 hurricane.[1][2][3] David Simon and Eric Overmyer first worked together as writers on the television series Homicide: Life on the Street and became friends.[4] They collaborated again on Simon's series The Wire when Overmyer joined the crew as a consulting producer and writer in 2006.[4] Treme was put into development by HBO in 2008 shortly after the conclusion of The Wire. Blake Leyh is the music supervisor for the show.