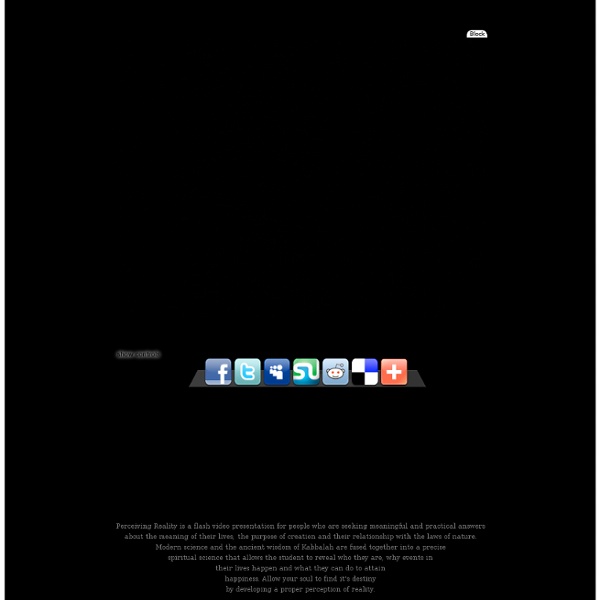 Hermetic Qabalah Teachings[edit] Conception of Divinity[edit] A primary concern of Hermetic Qabalah is the nature of divinity, its conception of which is quite markedly different from that presented in monotheistic religions; in particular there is not the strict separation between divinity and humankind which is seen in monotheisms.[2] Hermetic Qabalah holds to the neoplatonic conception that the manifest universe, of which material creation is a part, arose as a series of emanations from the godhead.[3] The Sephiroth in Hermetic Qabalah[edit] From Ain Suph Aur crystallises Kether, the first sephirah of the Hermetic Qabalistic tree of life. From Kether emanate the rest of the sephirot in turn, viz. Each sephirah is a nexus of divine energy and each has a number of attributions. Tarot and the Tree of Life[edit] Hermetic Qabalists see the cards of the tarot as keys to the Tree of Life. Relation to Western Magic, Alchemy and Astrology[edit] History[edit] Hermetic views of Qabalah origins[edit] See also[edit]

Videos From Wikipedia, the free encyclopedia Video may refer to: iPod Video, the unofficial name of the 5th generation of the iPod before the iPod Classic retronym and is an MP3 and MP4 player marketed by Apple Inc. The Simple Tao (Simple Taoism) The Way is to benefit others and not to injure. The Way is to act but not to compete.It does not show greatness and is therefore truly great. Be still like a mountain and flow like a great river Tao"the way", "the path". it is often represented by water because water always seeks the path of least resistance, yet is strong enough to demolish even stone when no other recourse is available. everything below flows from this. Here are 10 guides to the Way. Make your goal effortless actionavoid unnecessary action or action that is not spontaneous. Web Site Author: A.

Free Kabbalah Course - Kabbalah Education Center, Bnei Baruch Every Wednesday for 12 Weeks 1) Introduction To Kabbalah What is (and is not) Kabbalah?What is Kabbalah’s purpose?Who is Kabbalah for? 2) Where Did You Come From? The ultimate contradiction about having a Creator: If there is a Creator that’s all good and loving, then why is there so much suffering? 3) Who Are You? How do you perceive reality? 4) Where Do Your Thoughts & Desires Come From? The Kabbalistic allegory about the host and the guest and how it relates to you.Three approaches to your thoughts & desires:1) Unconsciously being under their control, 2) Suppressing them, 3) Rising above them.How can you make a change? 5) The Language of Kabbalah: Roots and Branches What is the most common misconception about what the Bible and other Kabbalistic texts describe? 6) How To Make World Peace A Reality 7) Do You Have Free Will? Why do you want freedom in the first place, freedom from what? 8) Do You Have Free Will? What are the prerequisites for free will? What happened before the Big Bang?

The Kybalion Video Video is an electronic medium for the recording, copying and broadcasting of moving visual images. History[edit] Video technology was first[citation needed] developed for cathode ray tube (CRT) television systems, but several new technologies for video display devices have since been invented. Charles Ginsburg led an Ampex research team developing one of the first practical video tape recorder (VTR). In 1951 the first video tape recorder captured live images from television cameras by converting the camera's electrical impulses and saving the information onto magnetic video tape. Video recorders were sold for $50,000 in 1956, and videotapes cost $300 per one-hour reel.[1] However, prices gradually dropped over the years; in 1971, Sony began selling videocassette recorder (VCR) decks and tapes to the public.[2] After the invention of the DVD in 1997 and Blu-ray Disc in 2006, sales of videotape and recording equipment plummeted. Characteristics of video streams[edit] Aspect ratio[edit]

A Lesson on Forgiveness The Buddha was sitting under a tree talking to his disciples when a man came and spit on his face. He wiped it off, and he asked the man, “What next? What do you want to say next?” The man was a little puzzled because he himself never expected that when you spit on somebody’s face, he will ask, “What next?” He had no such experience in his past. He had insulted people and they had become angry and they had reacted. Buddha’s disciples became angry, they reacted. Buddha said, “You keep silent. “If you think on it deeply,” Buddha said, “he has spit on his own mind. The man was even more puzzled! Puzzled, confused, the man returned home. The next morning he was back there. The man looked at Buddha and said, “Forgive me for what I did yesterday.” Buddha said, “Forgive? “And you also are new.

Game theory Game theory is the study of strategic decision making. Specifically, it is "the study of mathematical models of conflict and cooperation between intelligent rational decision-makers. Modern game theory began with the idea regarding the existence of mixed-strategy equilibria in two-person zero-sum games and its proof by John von Neumann. This theory was developed extensively in the 1950s by many scholars. Representation of games[edit] Most cooperative games are presented in the characteristic function form, while the extensive and the normal forms are used to define noncooperative games. Extensive form[edit] The game pictured consists of two players. The extensive form can also capture simultaneous-move games and games with imperfect information. Normal form[edit] When a game is presented in normal form, it is presumed that each player acts simultaneously or, at least, without knowing the actions of the other. Characteristic function form[edit] appears, it works against the fraction [edit]

Hermeticism Philosophy based on the teachings of Hermes Trismegistus Hermeticism, or Hermetism, is a philosophical system that is primarily based on the purported teachings of Hermes Trismegistus (a legendary Hellenistic combination of the Greek god Hermes and the Egyptian god Thoth).[1] These teachings are contained in the various writings attributed to Hermes (the Hermetica), which were produced over a period spanning many centuries (c. 300 BCE – 1200 CE), and may be very different in content and scope.[2] In 1964, Frances A. Yates advanced the thesis that Renaissance Hermeticism, or what she called "the Hermetic tradition", had been a crucial factor in the development of modern science.[7] While Yates's thesis has since been largely rejected,[8] the important role played by the 'Hermetic' science of alchemy in the thought of such figures as Jan Baptist van Helmont (1580–1644), Robert Boyle (1627–1691) or Isaac Newton (1642–1727) has been amply demonstrated.[9] Etymology[edit] History[edit]