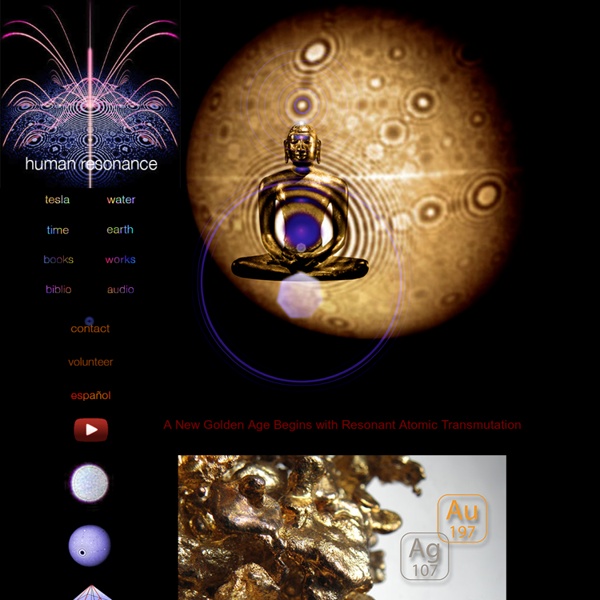 Telepathy and telepathic devices (in English) Imagine an extraordinary means of communication, which allows people to build devices that in an instant manner give to us multifunctional links with practically every corner of the universe. In this way we could carry out "live conversations" with aliens who live around stars from which the light travels to the Earth for many millions of years. This means of communication would also allow to have live conversations with our astronauts who visit these distant stars. Furthermore, this means of communication and technical devices which utilise it, would allow people to carry out conversations via thoughts passed directly from one mind to another - means without the use of speech. Motto: "According to the orthodox understanding, telepathy is a communication at a distance without the use of known physical senses. The human science to-date developed the understanding of telepathy through the analysis of the ability of some people to intuitively perceive thoughts of others.

Dont Chip Me Bro | NFC, RFID chip implants, Latest Technology News Wall of Activist Films | Watch 250 of the Best Activist Documentaries Online Via a Single Page Just imagine what could become possible if an entire city had seen just one of the documentaries above. Just imagine what would be possible if everyone in the country was aware of how unhealthy the mainstream media was for our future and started turning to independent sources in droves. Creating a better world really does start with an informed citizenry, and there's lots of subject matter to cover. From all the documentaries above, it's evident that our society needs a new story to belong to. But most of all, we need to see the promise of the alternatives - we need to be able to imagine new exciting ways that people could live, better than anything that the old paradigm could ever dream of providing. And all of this knowledge and introspection, dreaming, questioning, and discovery is essential for a cultural transformation that addresses root causes. So take this library of films and use it. Want to share our Wall of Films page on Facebook? Food - Sustainability - Terrorism?

Experimental Vaccines | Let's Chase Some Rabbit's! The Astounding Art Of A Schizophrenic Cat Lover You might not have heard of Louis Wain, an unquestionable cat fanatic, loving husband & schizophrenia sufferer. But his is a story of many tails... He found out that his wife was slowly dying of breast cancer and in an attempt to put a smile on her face & make each day just a little easier - he would draw their household cat Peter. Back in the Victorian era, cats weren't doted on or remotely considered members of the family at all; they served a purpose of catching mice and keeping the rats at bay but little else. Not so in the Wain household. Over the years, Louis began to experiment with his portraits giving Peter life-like qualities. His work quickly became extremely popular in Victorian England, simply because nobody had ever really taken an interest in the common household cat - let alone in such a whimsical way. “He has made the cat his own. You can imagine the conditions living on poverty line during that era in a loosely regulated institution... Fortunately, the famous H.G.

Native American Prophecies Native American Prophecies Here are some Hopi native North American prophecies relating to the end times. The first three were made famous by the cult 70s movie, Koyaanisqatsi. They were shown right at the end. "If we dig precious things from the land, we will invite disaster." "Near the day of Purification, there will be cobwebs spun back and forth in the sky." "A container of ashes might one day be thrown from the sky, which could burn the land and boil the oceans." Prophecies of White Feather, a Hopi of the ancient Bear Clan “He will bring with him the symbols, and the missing piece of that sacred tablet now kept by the elders, given to him when he left, that shall identify him as our True White Brother. “The Fourth World shall end soon, and the Fifth World will begin. “This is the First Sign: We are told of the coming of the white-skinned men, like Pahana, but not living like Pahana men who took the land that was not theirs. “These are the Signs that great destruction is coming.

Walter Russell by holofractalexplorer $1.00 suggested donation Childhood and Youth (1871-1890) For a boy, I had been doing extraordinary things, which caused much wonder. Walter Russell was born in Boston, Massachusetts, May 19th, 1871. The Artist (1890-1920) In 1894, at the age of twenty-three, he married Helen Andrews. “From 1897 to 1898 he was Art Editor of Colliers Weekly, then became war artist and correspondent for Collier’s and Century in the Spanish War.” “In 1900 he completed his allegorical painting entitled ‘The Might of Ages’ which was first exhibited in the Turin International Art Exposition, winning honourable mention from Italy, then exhibited throughout Europe, winning him many honours from France, Belgium and Spain, including membership to the Spanish Academic of Arts and Letters, Toledo.” The Enlighted (1921-1946)

Exploring the visual hallucinations of migraine aura: the tacit contribution of illustration G. D. Schott + Author Affiliations Corresponding to: G D Schott, The National Hospital for Neurology and Neurosurgery, Queen Square, London, WC1N 3BG, UK. E-mail: geoffrey.schott@uclh.nhs.uk Received October 6, 2006. Summary The visual aura of migraine is a subjective phenomenon, and what the migraineur experiences is necessarily inaccessible to others. Introduction: ‘surveying the inner wall of vision’ ‘And you who want to demonstrate with words … do away with such an idea, because the more minutely you describe the more you will confuse the mind of the reader, and the more you will remove him from knowledge of the thing described; it is therefore necessary both to make a drawing of it as well as to describe it’ (Leonardo da Vinci, c. 1509–1512). The aim in this review is to draw attention to the primacy of graphic illustration in the study of the visual aura of migraine. The essential role of illustration in demonstrating uniformity The uniformity of the scotoma Fig. 1 Fig. 2 Fig. 3

Music conspiracy to detune us from natural 432 Hz harmonics? Most music worldwide has been tuned to 440 hertz since the International Standards Organization (ISO) endorsed it in 1953. The recent rediscoveries of the vibratory / oscillatory nature of the universe indicate that this contemporary international concert pitch standard may generate an unhealthy effect or anti-social behavior in the consciousness of human beings. A=432 Hz, known as Verdi’s ‘A’ is an alternative tuning that is mathematically consistent with the universe. Music based on 432 Hz transmits beneficial healing energy, because it is a pure tone of math fundamental to nature. There is a theory that the change from 432 Hz to 440 Hz was dictated by Nazi propaganda minister, Joseph Goebbels. He used it to make people think and feel a certain manner, and to make them a prisoner of a certain consciousness. Then around 1940 the United States introduced 440 Hz worldwide, and finally in 1953 it became the ISO 16-standard. What is 440 Hz? In a paper entitled ‘Musical Cult Control’, Dr.

Schuman Resonance Schuman Resonance By L. Oliver Duffy The indented parts are supposedly quotes from Gregg Braden's writing and that of Davis Campbell where noted. They were in a single email posted to an email group list to which I subscribe. This is my response to that email. Well you finally got me to chime in here so this is my two cents. Earth Changes TV www.earthchangestv.com February 15, 2001 Time Zero for Earth Geophysical Condition 1: Earth's Rising Base Frequency Earth's background base frequency, or "heartbeat," (called Schumann resonance, or SR) is rising dramatically. I am familiar with Greg Braden's work and I have read his book Awakening to Zero Point. The speed of light is 186,000 miles per second at last measurement. The background base resonance is measured daily by the Navel Research Labs and is posted somewhere on the web. Because the Earth has a magnetic field and it is a spherical resonator, it forms what is known as a circulator. I'll let this stand without comment. 2. 3. 4. 5. 6. 7.