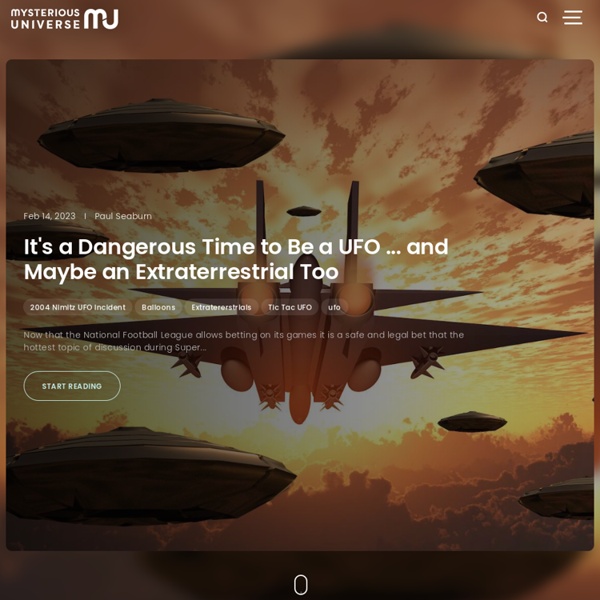 Related:  The Truth Is Out There • kolek 1

Decrypted Matrix At long last, news and other content now continues on our TLD www.DecryptedMatrix.com DCMX Reminder: “if they are telling us about it in the mainstream media, they’ve had it for 15 years, at least.” Pentagon-supported physicists on Wednesday said they had devised a “time cloak” that briefly makes an event undetectable. The laboratory device manipulates the flow of light in such a way that for the merest fraction of a second an event cannot be seen, according to a paper published in the science journal Nature. TITLE: PAGANS LOVE PINE CONES AND USE THEM IN THEIR ART "Roman Cult -- The bronze hand, to the left, dates from the late Roman Empire, when all forms of divination from scrying to astrology, flourished. The hand bears the symbols, such as a cockerel's head and a pine cone, of the Roman mystery cult of Dionysus. Worshippers of Dionysus would work themselves into a frenzy, in which they might see visions of the future."

Mysteries Of The Pineal Scientists have been mystified by the pineal gland for centuries. As the brain and central nervous and endocrine systems were progressively unravelled by the anatomists, physiologists and biochemists, the pineal gland resolutely refused to yield up its secrets. Until recently the scientific community regarded it as having no function in man, being but a vestigial remnant from an earlier stage in evolution. However, in the last few years interest in the gland has reached a climax when no fewer than ten national and international conferences devoted entirely to unravelling the secrets of the mysterious pineal have been held around the world. Location and description Physically, the pineal is perhaps the smallest organ of the body.

The 7 Most Sexually Deviant Creatures in Folklore Human history is rife with monsters, devils, and things that go bump in the night. It also has its fair share of things that go hump in the night. And let's be reasonable; sexual terror is a real and powerful thing. A monster is ever-so-slightly scarier if it violates you in some way. What is Kabbalah by Matt Slick Kabbalah is difficult to categorize because it is a subjective non-falsifiable belief system. In other words, it rests in non-verifiable philosophy, not in historic fact. Nevertheless, kaballah is a mystical and esoteric system of observing and interpreting the universe and mankind that also seeks to reveal the true relationship between God, man, and the universe.

Mysteries of the Pineal Gland….Unlocked ~~~~~ Please Re-Post article by Linking to my site ~~~~~ KNOWLEDGE IS POWER ~ Spread the Word!!! Mysteries of the Pineal Gland….Unlocked The Hollow Earth While most of us would like to coincide with the general idea that life evolves under only certain criteria we have been conditioned to understand, there are some who know the seeming void is teeming with consciousness ... among the many other worlds that are, there exists a world inside earth, subterranean cities where flourish descendants of advanced civilizations from an ancient time. The ones from Atlantis and Lemuria who retreated from the face of the planet escaping inevitable peril due to the great flood and the use of destructive nuclear technology are among the many other civilizations you will find down there ! The first public scientific evidence occurred in 1947 when Rear Admiral Richard E. Byrd of the United States Navy flew directly to the North Pole and instead of going over the pole, actually entered the inner earth through the North Pole opening.

World Center - Science and Kabbalah - The Alternative of Our Life Foreword Kabbalah is known to be a secret wisdom. It is precisely this secrecy surrounding Kabbalah that gave rise to numerous legends, falsifications, gossip, ignorant arguments and wrong conclusions. Only at the end of the 20th century was the wisdom of Kabbalah allowed to be revealed to all and even circulated around the world. Therefore, addressing the reader at the beginning of this book, I feel obliged to tear age-old layers off this ancient wisdom that is common to all mankind.

5 Conspiracy Theories That Turned Out to be True There are types of stories called “conspiracy theories” and the people who teach them are considered by “society” as crazy fanatics who often need medical treatment. What if I tell you that “society” should take some of that medical treatment, because sometimes such incredible stories that nobody believed in, turn out to be 100% true. What if I tell you that the doctors did not treat us, just wait until we die to cut our bodies? 1. The Kabbalah Centre The ancient Kabbalist Rav Shimon bar Yochai wrote in the Zohar that it was Moses, not God, who parted the Red Sea, allowing the Israelites to narrowly escape Pharaoh and the Egyptian army. In order to accomplish this miracle, Moses combined the power of certainty with a very powerful spiritual technology. He had possession of a formula that literally gave him access to the subatomic realm of nature. The formula Moses used to overcome the laws of nature has been hidden in the Zohar for 2000 years. This formula is called the 72 Names of God. Not names like Betty, Bill and Barbara, but rather 72 sequences composed of Hebrew letters that have the extraordinary power to overcome the laws of nature in all forms, including human nature.

10 Conspiracy Theories That Turned Out To Be True Sometimes conspiracy theories become conspiracy facts. (ANTIMEDIA) In recent years, the mere notion of conspiracy theories has increasingly been stigmatized and ridiculed by mainstream news outlets, internet trolls, and “rational” thinkers. Yet, with powerful revelations by Edward Snowden, Chelsea Manning, WikiLeaks, and generations of intrepid journalists, we now know that many outlandish geopolitical and domestic “conspiracy theories” were and are cold-blooded truths of the modern world. Here are 10 that are well-documented and profoundly disturbing… The Gulf of Tonkin incident, a major escalator of US involvement in the Vietnam War, never actually occurred.