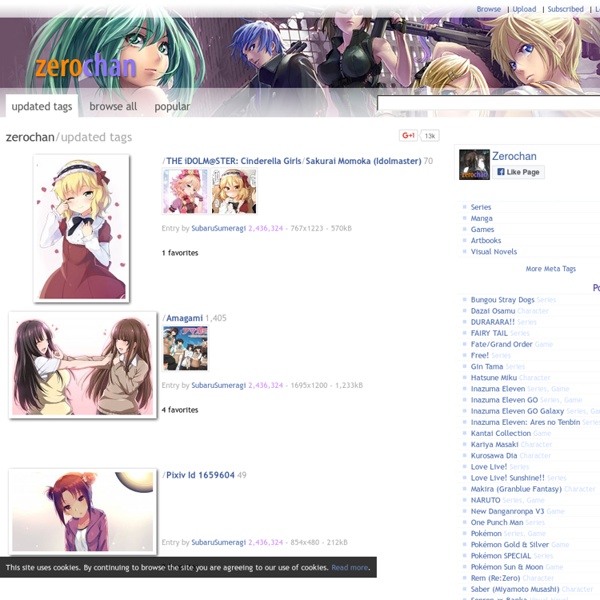 50 beautiful anime wallpapers Anime is a type highly stylized animation originally from Japan, where it’s characteristic style was developed during the 1960s and onwards. Today, anime is not only popular in Japan and Asia, but throughout the world as well, and is considered an art form on par with Western style animation. We’ve got 50 beautiful anime wallpapers for you, all in widescreen HD resolution.

5 Reasons Life Actually Does Get Better In the last year you've probably heard "It gets better" used as a motto to encourage gay teens who've been the victims of bullying. This is not a rebuttal of that, because I am not an asshole. What I do want to do is expand that message to everyone that age, whether you have a bully problem or not. Cute Lucky Cat - Maneki Neko Bring some luck to your day with this super cute Lucky Cat Widget on your home screen!! Maneki-Neko (招き猫) / Zhaocai Mao (招財貓), is a special Japanese cat that brings prosperity and happiness to its owner. Also known as Welcoming Cat, Money Cat, Fortune Cat and Lucky Cat. Maneki-Neko is one of Japan's best known and loved lucky charms.

Anime Movie Guide Movie Count: 63 Do you have feedback, questions, movie suggestions or review copy offers? You can contact us at contact@animemovieguide.com Alternative Sleep Cycles: You Don’t Really Need 6-8 Hours! Most people only think that there is one way to sleep: Go to sleep at night for 6-8 hours, wake up in the morning, stay awake for 16-18 hours and then repeat. Actually, that is called a monophasic sleep cycle, which is only 1 of 5 major sleep cycles that have been used successfully throughout history. The other 4 are considered polyphasic sleep cycles due to the multiple number of naps they require each day. How is this possible? How is this healthy? Well the most important of every sleep cycle is the Stage 4 REM (Rapid Eye Movement) sleep, which has been shown to provide the benefits of sleep to the brain above all other stages of sleep.

Manga University Learn Japanese Learning Japanese is easy with a little help from Manga University! If you're a fan of manga and anime, you probably have had this thought at least once: "I wonder if I can learn Japanese?" And why wouldn't you? Japanese comics and cartoons are taking the world by storm, and you want to learn everything you can about the language and culture of the cool place they come from. So you pick up a textbook at your favorite store but quickly lose interest; while the book seems to be informative, it's certainly no fun compared with a good manga.

Pixar's 22 Rules of Storytelling These rules were originally tweeted by Emma Coats, Pixar’s Story Artist. Number 9 on the list – When you’re stuck, make a list of what wouldn’t happen next – is a great one and can apply to writers in all genres. You admire a character for trying more than for their successes.You gotta keep in mind what’s interesting to you as an audience, not what’s fun to do as a writer. Pinterest Piccsy :: kitty | We Heart It Piccsy :: Baubauhaus. You might like these too Log in and add tags to this image to see more things you might like!