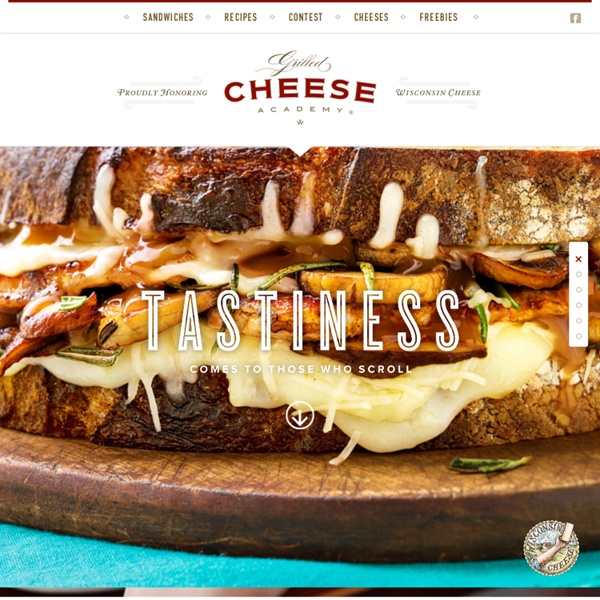 First of all, do not be fooled by our name. We are neither a cooking school nor an establishment of higher learning. We are, however, an institution dedicated to deliciousness. Inspired by our love of Wisconsin Cheese, we are relentlessly committed to creating the tastiest and most sublime gourmet grilled cheese sandwiches to ever grace plate or tempt palate. We hope you find your visit inspiring and, of course, mouthwatering. Download Ebook

100 Famous Restaurant Recipes Eating out is becoming a more and more popular phenomenon. With fast food taking only minutes out of a day and costing a few dollars, it can be convenient. Likewise, fine dining is also on the rise and can put a considerably larger dent in your wallet. But unless you were a master chef with a keen sense of taste, these recipes were lost to you. Baked Eggs in Bread Bowls This was our breakfast Sunday morning. Aren’t they cute? They were very, very good. Tzatziki (Greek Cucumber-Yogurt Dip) - Cookbook Archaeology Last week, the day after graduation, I was staring at a wall when I happened to recall a friend’s incredulity that I had not visited Kitchen Arts & Letters (i.e., cookbook heaven) in my years in New York; so, I decided to stop by before I left the city. I think it’s probably good I held off going there until I had a job; I picked up four books on my first visit. Thankfully their used books are quite modestly priced, and they have a sale bin where I found “The Complete Greek Cookbook.” This find was well-timed: after many days of rainy nasty New England-ness, it’s finally starting to get warm up here. Which means my desire for hot foods (other than those off the grill) are dwindling fast. I only brought a handful of books with my to Boston; the ones I packed are mostly “hot climate” foods – Greek, Puerto Rican, Texan.

Gimme S’more. Sep22 Nothing says fall, bonfires, and gooey deliciousness like a s’more. Nothing. mom’s apple cake My mother makes the best apple cake, and has for as long as I can remember. Big cinnamon-y chunks of apple nestle into a coffee cake I would call “unbelievably” moist, but really, should not be hard to believe considering that my mother is also the one who brought us another of the best cake recipes on this site, The Chocolate Chip Sour Cream Cake. The cake gets better the second day, when the apples juices seep further into the cake and I have seen the conviction of many a chocolate-obsessed/fruit dessert non-believers crumble upon trying a single slice of it. The apple cake, it’s some good stuff.

Turkey, Mango Chutney, and Brie Panini Recipe A request from Hillshire Farm made me think about my daughters starting school last week. It was so odd to wake up to on the first day of school with a definite sense of fall in the air. Seattleites had been enjoying a late summer that seemed to end abruptly when we woke up to the undeniable signs of autumn. As I drove them to school the streets were dotted with trees showing signs of the changing season. Leaves were beginning to change colors from a sea of green into beautiful shades of copper, cold, and dark purple. Although summer is over I do look forward to this truly Northwest scene every year.