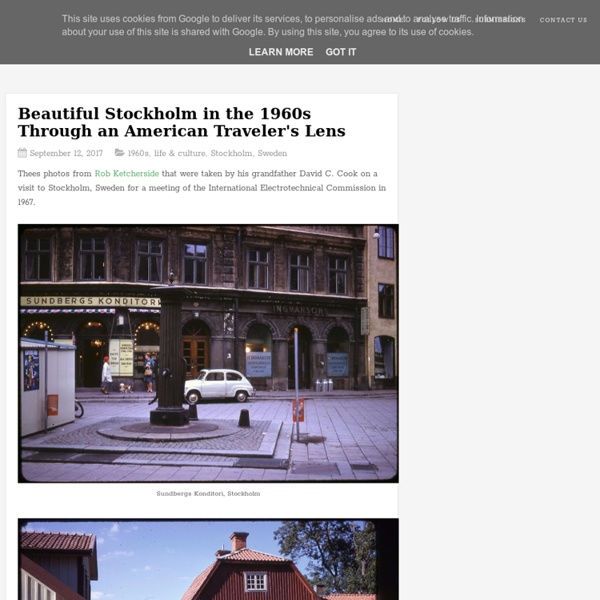 In 1944, Doris Roy and Thelma Popp who were 21 years old and just graduated from college, made a plan to ride bicycles from their home in Buffalo, New York, to Cairo, Illinois, where the Ohio River met the Mississippi. "World War II affected our college life as most of the male student body joined one of the services. Women assumed some of their roles by taking jobs in armament industries. During the summer, I worked from early morning to evening in a public school caring for infants whose mothers were working in aircraft factories or other related industries." "But now, before starting our careers, we decided that the coming summer after graduation would be the ideal time to have our adventure. We had a limited period of time to accomplish this.

Documenting the American South: Open DocSouth What is DocSouth Data? Doc South Data provides access to some of the Documenting The American South collections in formats that work well with common text mining and data analysis tools. Documenting the American South is one of the longest running digital publishing initiatives at the University of North Carolina. It was designed to give researchers digital access to some of the library’s unique collections in the form of high quality page scans as well as structured, corrected and machine readable text. Doc South Data is an extension of this original goal and has been designed for researchers who want to use emerging technology to look for patterns across entire texts or compare patterns found in multiple texts. We have made it easy to use tools such as Voyant to conduct simple word counts and frequency visualizations (such as word clouds) or to use other tools to perform more complex processes such as topic modeling, named-entity recognition or sentiment analysis.

Getty makes photo collection available to bloggers free of charge Getty Images has announced that a new embedding feature launched on its website today will make some 35 million images available for non-commercial use to anyone who wants them. That means bloggers—even ones that get revenue from Google ads—can use Getty’s trove of stock images free of charge. “Innovation and disruption are the foundation of Getty Images, and we are excited to open up our vast and growing image collection for easy, legal sharing in a new way that benefits our content contributors and partners, and advances our core mission to enable a more visually-rich world,” said Jonathan Klein, co-founder and CEO of Getty Images, in a statement. This move is in response to the rampant and illegal use of copyrighted images all over the Internet, from bloggers and other publishers who have neither the budget to buy photos nor a concept of copyright law and how they may be violating it with a simple right-click. To mitigate this problem, Getty has embarked on a radical solution.

Maryland Institute College of Art's Decker Library : Free Audio : Download & Streaming Allen Ginsberg Poetry Reading. From the MICA Mades Audio Cassette Collection. Topics: Decker Library, Maryland Institute College of Art, Allen Ginsberg Source: MICA Mades Audio Cassette Collection, MICA Archives, Decker Library 15 Best Places for Designers to Get Free Stock Photos Online I’m not sure if you’ve ever had a look at the prices on some non-stock photography sites (pictures of Gummy bears for $769.00 anyone?), but they reach far beyond the budget of the typical designer/developer. However, many places online allow you to obtain high-quality stock photos for free, giving the average starving artist a chance to create wonderful works of art/design without having to use next month’s rent on stock photos. In this article, we review the 15 best places to free stock photos online for designers.

20,000 Letters, Manuscripts & Artifacts From Sigmund Freud Get Digitized and Made Available Online In his introduction to the 2010 essay collection Freud and Fundamentalism, Stathis Gourgouris defines fundamentalism as “thought that disavows multiplicities of meaning, abhors allegorical elements, and strives toward an exclusionary orthodoxy.” While there may be both religious and secular versions of such ideologies worldwide, we can trace the word itself to an Evangelical movement in the U.S., and to a set of beliefs that endures today among around a third of all Americans and has “animated America’s culture wars for over eighty years,” writes David Adams. The fundamentalist movement first took shape in 1920, just as Sigmund Freud wrote and published his Beyond the Pleasure Principle.

Technology stock photos from the 1990s / Boing Boing President Obama reads mean tweets about himself @nathan: “Barack Obama is the Nickelback of presidents.” @DJ_lcpl: “Barack Obama…bro, do you even lift!?” (Obama’s response: “Well, I lifted the ban on Cuban cigars, that’s worth something.”) World War I: Wartime Sheet Music The following post was written by Cait Miller of the Music Division and originally appeared on the In the Muse: Performing Arts Blog. “The Beast of Berlin,” by John Clayton Calhoun, 1918. Music Division. Piano transcriptions of large-scale works, marches, sentimental ballads, and other examples of parlor music are well documented in the Music Division’s sheet music holdings; and from the late 19th century through the early 20th century, sheet music not only served to disseminate music for home recreation but contributed to documenting what events, issues, and cultural themes were significant to the American public as well as how those topics were perceived.

Stream 8,000 Vintage Afropop Recordings Digitized & Made Available by The British Library Stability or cultural vitality: many nations seem as if they can only have one or the other. The Republic of Guinea, for instance, has endured quite a turbulent history, yet its musicians have also enjoyed roles as “pioneers in the creation of African popular music styles and as the voice of a new Africa.” That’s the view of the University of Melbourne’s Graeme Counsel, who over the past decade has made a series of trips to the Guinean capital of Conakry on a mission to preserve the great variety of music, part of the tradition now broadly labeled “Afropop,” recorded during the decades of state-sponsored cultural abundance after the country gained independence from France in 1958. “Under the leadership of music lover President Ahmed Sékou Touré,” writes Hyperallergic’s Allison Meier, “the government was soon sending out guitars, saxophones, and brass instruments to 35 state-funded prefecture orchestras as part of a new authenticité policy. Find the 8,000 recordings here. Related Content:

Download Influential Avant-Garde Magazines from the Early 20th Century: Dadaism, Surrealism, Futurism & More “I’m tired of politics, I just want to talk about my art,” I sometimes hear artists—and musicians, actors, writers, etc.—say. And I sometimes see their fans say, “you should shut up about politics and just talk about your art.” Given the current onslaught of political news, commentary, scandal, and alarm, these are both understandable sentiments.