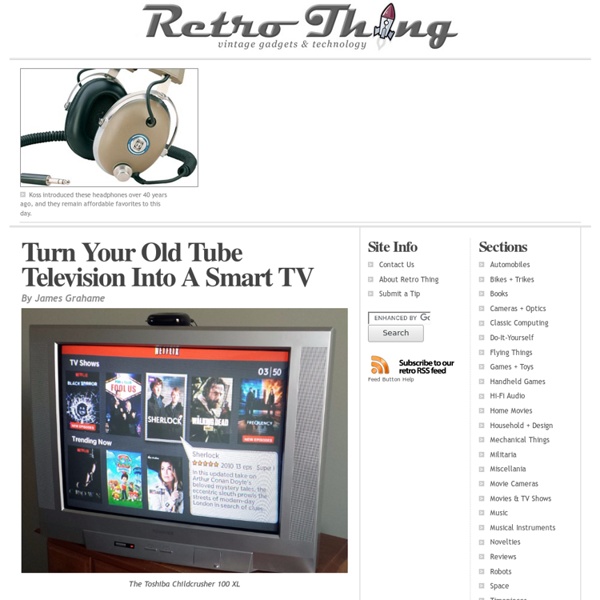 We've written before about the challenges of collecting vinyl - I've joked that those around us probably regard our hobby as a "lifestyle choice". There are the slings and arrows each of us face in trying to put together our ultimate music collection, but the problem that we all face is where to stow all of those damned records. They're large (okay... not along the Z axis), they're heavy, and you need to store them in a way that you can still read the spines. Let's assume that you're beyond the ol' cinder bricks and glass blocks stage of storage solutions. You can of course build something perfect from scratch (provided that your significant other lets you touch power tools), but lots of us crave an out-of-the-box solution. Ikea's Expedit is ideal for storing a large record collection.

Vintage 2.0 – Glossy Retro Takes Over Web Design An Inspired Mag reader said a few posts ago that the round corner buttons are dead. I think precisely the same mate, I know how you feel about the so-called web 2.0 buttons and shiny blingos! But what about this new futuretro style, that combines the web 2.0 (clean) look with a vintage touch? We’ve made a roundup of 25 websites that mix the retro with the shiny. What do you guys think about this style? Sound & Video Octa Pak 6 - Indie Dance (Demo 1) Demo from the Indie Dance sound pack. Samples assembled by Loopmasters, www.loopmasters.com. The sound pack can be bought in the Elektron Online Shop, www.elektron.se/online-shop

iNFORMATiON FARM: Inside The LC: The Strange but Mostly True Story of Laurel Canyon and the Birth of the Hippie Generation Part 1 “There’s something happening here What it is ain’t exactly clear” Join me now, if you have the time, as we take a stroll down memory lane to a time nearly four-and-a-half decades ago - a time when America last had uniformed ground troops fighting a sustained and bloody battle to impose, uhmm, 'democracy' on a sovereign nation. It is the first week of August, 1964, and U.S. warships under the command of U.S. Vintage Posters of Major Online Brands It’s needless to say that vintage style is almost a 100% winning idea for any project. It always looks interesting and eye-catching so you may be sure that applying retro ideas will make your concept popular. But today we’re offering you to take a look at the vintage posters of famous web brands that don’t need any extra advertising – these companies are well-known all over the world. Following artworks will help us see what it would be like to use Skype back in the 60′s or tweeting WWII propaganda style. Sources:Covers TherapyWWIII Propaganda PostersJoe In Southern CA

Celebration Of Vintage and Retro Design - Smashing Magazine Advertisement Retro and vintage designs are often considered as being outdated, looking old, unattractive and dull. That’s not true. Although compared to modern design, retro is mostly a completely different realm, it has a large variety of benefits modern graphic designers often tend to overlook.

Chi's Sweet Home We all like cats, so I picked up this manga on the recommendation of a coworker (a Japanese staff woman) who said she'd been embarrassed to go into a store and buy a comic book... but, she said, she likes cats so she wanted to read it. Peeking at it, I saw it had (gasp) EASY JAPANESE that I could probably read! It's easy because the speaker is a cat. And it's so damn cute I had to scan and post it here. Chi's Sweet Homeby Konami Kanata, 2004 Laboriously and poorly translated by me s Best Photos of fiat and viotti Flickr Hive Mind is a search engine as well as an experiment in the power of Folksonomies. All thumbnail images come directly from Flickr, none are stored on Flickr Hive Mind. These photos are bound by the copyright and license of their owners, the thumbnail links take to you to the photos (as well as their copyright and license details) within Flickr. Because some other search engines (Google, etc.) index parts of Flickr Hive Mind, you may have been led here from one of them. Welcome to Flickr Hive Mind, almost certainly the best search engine for photography on the web.

Geek upcycling: When stuff becomes things Between Steampunk inventions, games emulating old-school pixel art and retrofitting electronics into antique shells, some artists, product designers and stalwart retro-heads have become obsessed with nostalgic art forms and archaic products. Merge this with upcycling, the art of transforming old junk into trendy new products, and you have a selection of craft projects that show off your favourite obsolete tech and broken gadgets as fashionable jewellery, stylish clocks and other conversation pieces. The suitably named Flickr user "stuff made from stuff", has made an entire gallery from sticking clock hands onto all manner of circular gizmos.