The Reference is Lost: Stuff From Old Cartoons That Made Sense at the Time - Blog - Adult Swim 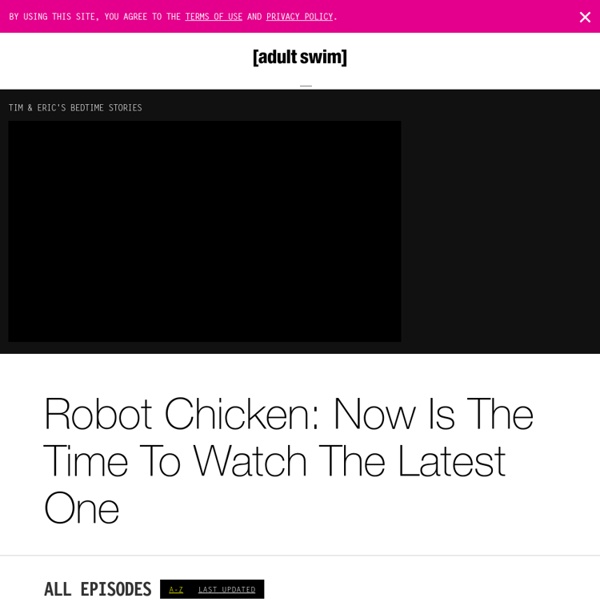 The 250 Greatest Films of All Time - a list by TheFilmFreak1 1001 Movies You Must See Before You Die list Hey, upidipi!! time to update your list ;) Those are the changes for 2014 Added : 1. Nostalgia de la luz (2010) 2. Wadjda (2012) 3. The Ten Best Horror Movies of 2008 | Film School Rejects - StumbleUpon Editor’s Note: As part of our Year in Review feature, we’ve tapped our resident horror expert Robert Fure for a list of the Ten Best Horror Movies of 2008. To read more of Robert’s horror reviews, check out The Coroner’s Report every Thursday. Being a horror fan is tough business and some years are worse than ever. 2008 saw its share of lame PG-13 movies (Prom Night) and an influx of crappy remade Japanese films (Shutter), in addition to having some of the more anticipated films (Trick ‘r Treat) delayed from wide release once again. 10. The horror-comedy is quickly getting to be old-hat in most books, but Jack Brooks manages to kick some serious ass in the vein of Army of Darkness. 9. An imported feature that was made in 2007, but didn’t come to the States until 2008. 8. We’re big fans of blood and guts in our horror and if there is one thing Inside delivered, it was the red stuff. 7. A simple film that reminds us that the world is a scary places, ghosts or not. 6. 5. 4. 3. 2. 1.

Empire Features - StumbleUpon 10,000 Empire readers, 150 of Hollywood's finest and 50 key film critics voted in the most ambitious movie poll evert attempted. 500. Ocean's Eleven (2001) Director: Steven Soderbergh Slick, suave and cooler than a penguin's knackers, Soderbergh's starry update of the Rat Pack crime caper not only outshines its predecessor, but all the lights of The Strip combined.Read our Ocean's Eleven review 499. Director: James Wan The never-ending stream of sequels may have diminished its impact, but there's no denying the shock we got when we first entered the puzzle-loving psycho Jigsaw's fiendish, deathtrapped world.Read our Saw review 498. Director: Robert Zemeckis From the past to the present to the future and back again, Zemeckis hits his time-travelling stride with this chronology-screwing popcorner - only seven years to go until we discover if his vision of 2015 was on the money.Read our Back to the Future Part II review 497. 496. 495. 494. 493. 492. 491. 490. 489. 488. 487. 486. 485. 484.

The best melancholic movies - a list by spriteaddict Favorite New Indie Directors - a list by KatchFilm TEN SIMPLE KEYS TO PLOT STRUCTURE Structure is something that every agent and executive in Hollywood talks about, and that all of us teachers/authors/consultants/gurus/whatever go on and on about, to the point that it can seem complicated, intricate, mysterious and hard to master. So I want present plot structure in a way that simplifies it – that will at least give you a starting point for properly structuring your screenplay without overwhelming you with rules and details and jargon. Here are what I consider ten key elements of structure – ten ways of looking at structure that will immediately improve the emotional impact – and commercial potential – of your script. THE SINGLE RULE OF STRUCTURE I once got to work with long time television writer Doug Heyes, who used to say that there is only one rule for achieving proper plot structure: What’s happening now must be inherently more interesting than what just happened.