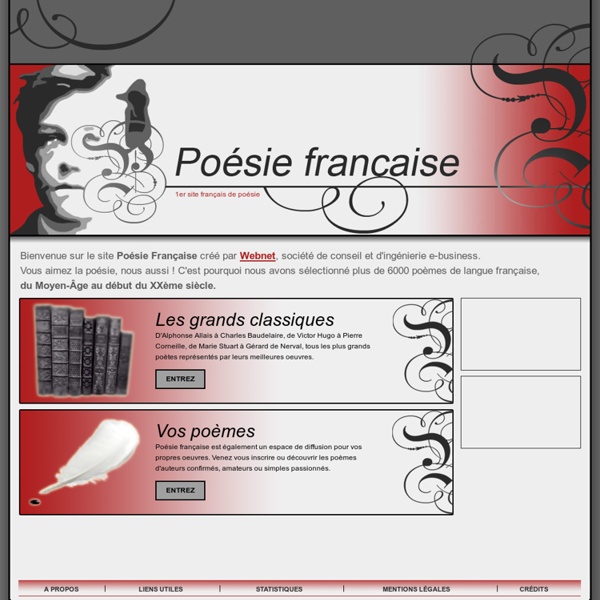 Deep Underground Poetry : Welcome Siharyvani - Deep Underground Poetry Community Any questions? Help Advanced Search a place to share your original poetry, prose and lyrics Recent Discussions postmodernism in poetry To repeat a previous simplification: whereas Classicism, Realism and Romanticism all deal with the outside world, contemporary literature, by contrast, is commonly a retreat into the writer's consciousness — to make autonomous creations that incorporate diverse aspects of modern life (Modernism), or free-wheeling creations constructed of a language that largely points to itself (Postmodernism). Postmodernism began in the sixties, when there developed on both sides of the Atlantic a feeling that poetry had become too ossified, backward-looking and restrained. {1} The old avant garde had become respectable, replacing one orthodoxy by another. The poetry commended by the New Criticism — and indeed written by its teachers — was self-contained, coherent and paradoxical.

Can Poetry Matter? - 91.05 The proliferation of new poetry and poetry programs is astounding by any historical measure. Just under a thousand new collections of verse are published each year, in addition to a myriad of new poems printed in magazines both small and large. No one knows how many poetry readings take place each year, but surely the total must run into the tens of thousands. And there are now about 200 graduate creative-writing programs in the United States, and more than a thousand undergraduate ones. Flarf poetry Overview[edit] Joyelle McSweeney wrote in the Constant Critic:[3] Jangly, cut-up textures, speediness, and bizarre trajectories … I love a movement that’s willing to describe its texts as "a kind of corrosive, cute, or cloying awfulness". This is utterly tonic in a poetry field crowded by would-be sincerists unwilling to own up to their poems’ self-aggrandizing, sentimental, bloviating, or sexist tendencies. Joshua Clover wrote in The Claudius App:[4]

Found poetry Found poetry is a type of poetry created by taking words, phrases, and sometimes whole passages from other sources and reframing them (a literary equivalent of a collage[1]) by making changes in spacing and lines, or by adding or deleting text, thus imparting new meaning. The resulting poem can be defined as either treated: changed in a profound and systematic manner; or untreated: virtually unchanged from the order, syntax and meaning of the poem. The form was popularised by comedian Dave Gorman, who would include a found poem compiled from Internet comments around a topical theme in every episode of his television show Dave Gorman: Modern Life Is Goodish. Concepts[edit] Comparisons and predecessors[edit]

Great Poems « Greatest Books of All Time A selection of great poems from centuries of brillant authors and poets. Whether you are new to the world of poetry and wish to savor it, or a well-versed poetry connoisseur, either way you will probably enjoy the classics of world poetry. The poems are sorted by vote. To vote for a poem, click on the