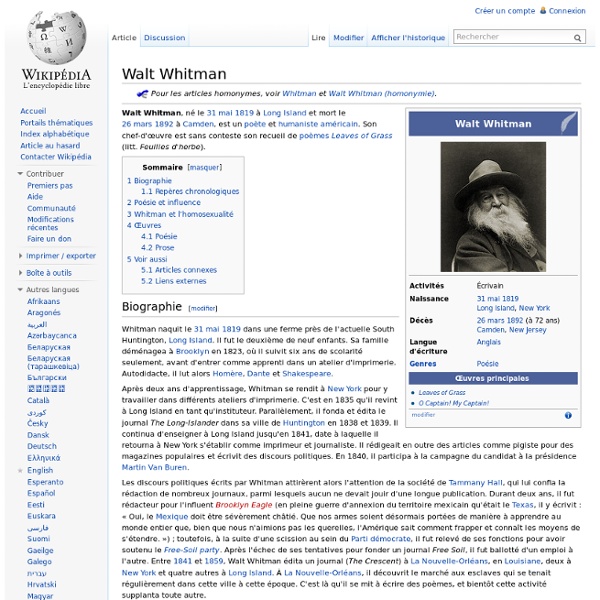 E. E. Cummings Edward Estlin Cummings (October 14, 1894 – September 3, 1962), known as E. E. Cummings, with the abbreviated form of his name often written by others in lowercase letters as e e cummings (in the style of some of his poems—see name and capitalization, below), was an American poet, painter, essayist, author, and playwright. His body of work encompasses approximately 2,900 poems, two autobiographical novels, four plays and several essays, as well as numerous drawings and paintings. Life[edit] i thank You God for most this amazing day:for the leaping greenly spirits of trees and a blue true dream of sky; and for everything which is natural which is infinite which is yes From "i thank You God for most this amazing" (1950) Early years[edit] Edward Estlin Cummings was born into a Unitarian family, son of Edward Cummings and Rebecca Haswell Clarke. Cummings wanted to be a poet from childhood and wrote poetry daily aged eight to 22, exploring assorted forms. The war years[edit] Post-war years[edit]

Charles Olson Charles Olson (27 December 1910 – 10 January 1970) was a second generation American modernist poet who was a link between earlier figures such as Ezra Pound and William Carlos Williams and the New American poets, which includes the New York School, the Black Mountain School, the Beat poets, and the San Francisco Renaissance. Consequently, many postmodern groups, such as the poets of the language school, include Olson as a primary and precedent figure. He described himself not so much as a poet or writer but as "an archeologist of morning." Life[edit] Olson was born to Karl Joseph and Mary Hines Olson. and grew up in Worcester, Massachusetts, where his father worked as a mailman. In 1941, Olson moved to New York and joined Constance "Connie" Wilcock in civil marriage, together having one child, Katherine. Work[edit] Early writings[edit] Olson's first book, Call Me Ishmael (1947), a study of Herman Melville's novel Moby Dick, was a continuation of his M.A. thesis from Wesleyan University.[6]

Paterson (poem) Set of first editions Paterson is a poem by influential modern American poet William Carlos Williams. The poem is composed of five books and a fragment of a sixth book. The five books of Paterson were published separately in 1946, 1948, 1949, 1951 and 1958, and the entire work collected under one cover in 1963. Williams saw the poet as a type of reporter who relays the news of the world to the people. I started to make trips to the area. The Poetry Foundation's biography on Williams notes the following source: With roots in his [short] 1926 poem [also entitled] "Paterson," Williams took the city as "my 'case' to work up. While writing the poem, Williams struggled to find ways to incorporate the real world facts obtained during his research in preparation for its writing. The Poetry Foundation biography on Williams notes the following critical response to Williams' Modernist epic: [Williams biographer James] Breslin reported "reception of the poem never exactly realized his hopes for it."

Dieter Roth Dieter Roth (April 21, 1930 – June 5, 1998) was a Swiss artist best known for his artist's books, editioned prints, sculptures, and works made of found materials, including rotting food stuffs.[1] He was also known as Dieter Rot and Diter Rot. The dark undertone and furious, obsessive energy of his work ultimately separated him from many of the more lighthearted Fluxus artists. Perhaps despite himself, he was a fluent draftsman and expert printmaker, and his drawings and prints contained his wild energy within peculiarly virtuosic forms. Compared to the innumerable self-described artists of the last several decades who faked their way through his sort of work, Mr. Roth was the genuine item.[1] Biography[edit] Bok, (Book) 1958; Section of an Artist's Book; Coloured cards die-cut to reveal pages underneath. Early life[edit] He was born Karl-Dietrich Roth in Hannover, the first of three sons. The family moved to Bern in 1947, where Roth began an apprenticeship in commercial art. 1960s[edit]