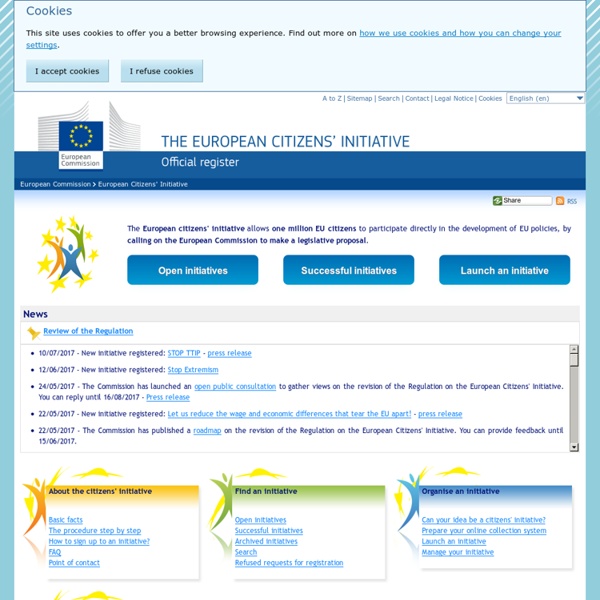 Related:  "Resistance is futile, you will be assimilated." So what?

The Hidden Cost of Privatization While the business of business is business, the business of government is not. This piece points out that while there may be a role for public-private partnerships, not only are the cost savings doubtful, but their effect on the ends of government are extremely worrisome. Public-private partnerships conflate public and private interests, and in conflicts between them, the private interests win out. In the End of Laissez-Faire, Keynes posed what has become a central task of our time: determining the “agenda” of government, what it should do and not do. We must distinguish, as Keynes puts it, the “technically social services” from the “technically individual” ones. The technically individual services can be provided privately, and thus privatized if they are provided publically, whereas the technically social services cannot.

Cypriot Presidency priorities as presented in EP committees The priorities of Cyprus' Presidency of the EU Council of Ministers are being presented to European Parliament committees by Cypriot ministers this week. This compilation will be updated daily during this week. International trade The Cyprus presidency will make the best use of its geographical and cultural advantages to expand and deepen trade relations with the southern Mediterranean countries, the Minister for Industry, Tourism and Trade, Neoklis Sylikiotis, told the Committee on International trade on 11 July. Page d'accueil - Transform Network 06 Juin 2014 09 Juin 2014 Sarajevo Bosnia and Herzegovina 100 years after World War I

Ten ways we can build a better economic system For the numerous readers who asked: "But what can we do?" after reading my "10 reasons to smash capitalism," here are ten ways we can build a better economic system: 10. We can elect governments that represent people rather than corporations. Council of the European Union What does it do? Passes EU laws. Coordinates the broad economic policies of EU member countries. Signs agreements between the EU and other countries. Finally, a breakthrough alternative to growth economics – the doughnut So what are we going to do about it? This is the only question worth asking. But the answers appear elusive. Faced with a multifaceted crisis – the capture of governments by billionaires and their lobbyists, extreme inequality, the rise of demagogues, above all the collapse of the living world – those to whom we look for leadership appear stunned, voiceless, clueless.

European Council What does it do? Its role is twofold – setting the EU's general political direction and priorities, and dealing with complex or sensitive issues that cannot be resolved at a lower level of intergovernmental cooperation. Though influential in setting the EU political agenda, it has no powers to pass laws. Participatory Budgeting Is Gaining Momentum in the US. How Does It Work? It's tax season in the US. With the deadline looming to pay Uncle Sam less than a month away, many are wondering -- or grumbling -- about how their tax dollars are allocated in the first place. But now participatory budgeting, a concept in which citizens get to vote democratically on how a particular pot of public funds will be spent, has been gaining traction across the US over the last few years, and promising to give citizens a voice in these matters. The Participatory Budgeting Project (PBP), a nonprofit organization founded in 2009 that aims to "deepen democracy, build stronger communities and make public budgets more equitable and effective," is one of the most visible groups working with cities, communities, and schools to implement participatory budgeting processes (primarily in the US and Canada). Ginny Browne, a project manager at the Participatory Budgeting Project's Oakland office, spoke to Shareable about what her organization is doing to move the concept forward.