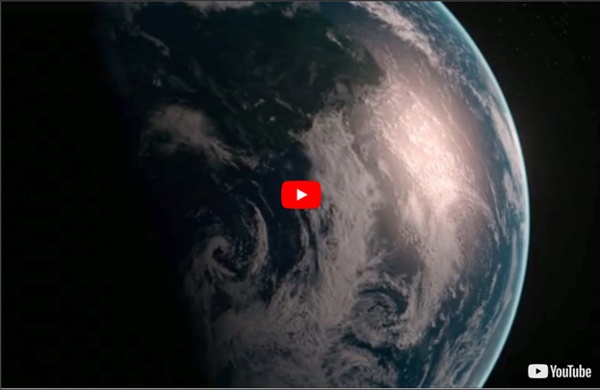 Sri Lanka: A child is summarily executed - Asia - World The short clip dates from the final hours of the bloody 26-year civil war between the Sri Lankan government and the secessionist rebels of the Tamil Tigers, the LTTE. A 12-year-old boy lies on the ground. He is stripped to the waist and has five neat bullet holes in his chest. His name is Balachandran Prabakaran and he is the son of the LTTE leader, Velupillai Prabhakaran. Project-Based Learning for Digital Citizens It's award season, so I'm giving my students an award. A major award! I'm honoring them for stepping outside the comfort zone of the school system that they have been subject to for most of their lives, authoring their own learning, and in the process, enjoying it. However, this transition did not come easily, and it took them some time to adjust to this format. It's a format where they are no longer the recipients of their learning; now they're the authors. With this post and the audience that Edutopia reaches, I would like to share their work in hopes that you will steal, adapt or remix some of these approaches in your own classroom.

The Surreal Paintings of Vladimir Kush The Surreal Paintings of Vladimir Kush posted by Damian M. under Photography on Mar 21st, 2010 with 32 Comments 21 Mar What Julian Assange does with WikiLeaks is not only right. It is morally right, it is ethically right and it is legally right. By Jennifer Robinson Professor blog proudly presents a new great contribution by Jennifer Robinson, the acclaimed media and human rights lawyer. She also is a legal adviser of WikiLeaks founder – editor and journalist Julian Assange. Jennifer Robinson participated in these days in the forum at the University of Technology in Sydney “Don’t shoot the messenger: WikiLeaks, Assange and Democracy”. We publish here a transcript of her lecture at the event, in agreement with Jennifer. We acknowledge on behalf of the author that she has not reviewed the transcript published here, which is credited to Green Left.

Top Ten Group Work Strategies If I am continually vexed by any one question in education it is ‘how can we enhance student motivation?‘ Of course, I do not have the answer, and if there is one it is multi-faceted, complex and, frankly, not going to be solved in this blog post! From my position as a classroom teacher, I am always on the look out for those strategies that create a state when students are motivated and in their element, where they work furiously without even realising they are doing so, without realising the clock is ticking down to the end of the lesson. There is no better compliment than when students question how long there is left and express genuine surprise at how fast time has passed, and that they have actually enjoyed that lesson! My, admittedly non-scientific, observations are that many of the times students are in ‘flow‘, or their element, in my lessons is when they are collaborating in group work. Why is this then?

The 6 Creepiest Places on Earth It doesn't matter whether or not you believe in ghosts, there are some places in which none of us would want to spend a night. These places have well earned their reputations as being so creepy, tragic or mysterious (or all three) that they definitely qualify as "haunted." Places like... Dictators can thank Twitter for its new censorship policy This Reporters Without Borders opinion column was published on the Nouvel Observateur’s website Le Plus on 2 February. “Twitter Revolutions” – the term is widely used and has been applied to the Arab spring, not only on the virtual “walls” of Facebook but also on the real walls of Middle East capitals where messages of support and thanks to the social networking website have appeared. But could it already be becoming obsolete?

What is Pebble and Why are we doing it? The title for this post, refers to the students first two weeks of our project based learning course, where students analyse: What is learning?What helps us learn?What skills and dispositions do we need to be effective learners? The First Zombie Proof House Somehow, ritual drunk-conversation concerning team captains for the apocalypse has become a major part of the lives of 20-somethings. Having been matured in the Grandaddy-crowned masterpiece film (put “A.M. 180” on and forget that you have a job) 28 Days Later and the best-selling Zombie Survival Guide, we’re all a little too ready to deal with the 2012 zombie apocalypse of our dreams. “The Safe House,” designed by KWK Promes, starts to get eerily close to something I could work with, if say 200 bludgeoned members of the undead army came over to eat their way into borrowing some sugar. “The most essential item for our clients was acquiring the feeling of maximum security,” begins the designers’ website in the summary of the structure. Who wouldn’t feel safe in a concrete rectangle that folds in upon itself to become completely sealed? Even the windows are covered with a slab of concrete when the structure is on nap time.

'The whalers have won absolutely everything': veteran activist Roger Payne first came to prominence more than 40 years ago, when he and a colleague made the discovery that whales sing eerily beautiful songs as a way of communicating. Their 1970 recording of whale sounds, Songs of the Humpback Whale, helped to galvanize the global anti-whaling movement, which led most countries to scrap their whaling fleets. Payne, the founder of the conservation group, Ocean Alliance, has continued his groundbreaking work on whales, including recent landmark studies showing how whales worldwide have high levels of pollutants — including DDT — in their bodies. He also is continuing a 40-year study of more than 2,000 right whales in Argentina, identifying individual whales by the markings on their heads. In an interview with Yale Environment 360 contributor Christina Russo, Payne talked about current threats to the world's whale populations, including the ongoing killing of whales by Japan and other nations — a practice he describes as inhumane. Roger Payne: Yes.

The Creative Timeline Ok, so we have just finished the third major project for Pebble, ‘The Creative Timeline’ asks students to delve into their own memories of their lives so far and use this as a stimulus for creating some brilliant conceptual artwork. As ever, the week before the project starts proper, the students unpick, explore and understand the PLTS we are focusing in for the next project. Funnily enough, it was ‘Creative Thinker’. We used Ben Keeling’s book as way in for students to look at some of the skills needed to be an effective creative thinker.

Start from 27:00 to understand their whole "Why" of the logo and campaign. I'm not pushing politics; they have a clear explanation to their logo and so should you! by robinhaislett Mar 15