The Untold Story Of The Peace Sign. 18 Of Canada's Best Logos. 30 Unique Logo Designs That Actually Say Something. 100 Years Of Olympic Logos: A Depressing History Of Design Crimes. If you're not a fan of the 2014 Winter Olympic Games' minimalist logo, hey, it could have been worse. 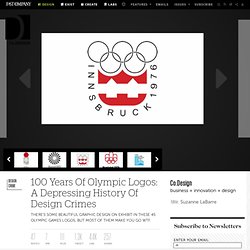 Much worse. For proof, consider this slide show of all of the Olympic Games logos between 1924 and 2020. There have been some beautifully designed logos throughout the Olympic Games' rich history, but sadly, that seems to be very much the exception, not the rule. Traveling back in time on this Olympic carousel, it's interesting to spot design trends, and even more interesting to spot the design crimes. Starting in the summer of 1984, for example, a typographical mad man appears to have seized control of the International Olympics Committee, and in his subsequent 14-year reign of terror, lop the heads off any designer who suggested a typeface that did not come pre-installed with Microsoft Word. You Want The Logo Bigger? I Got Your Bigger Logo Right Here: These Extreme Logos Are Big. There's a reason so many fast food chains feature red and yellow in their signage: they're the two most attention-grabbing colors found in nature. 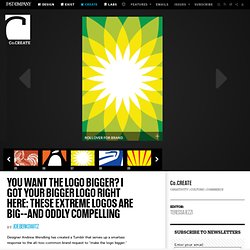 If we sense these colors out of the corner of an eye--perhaps while driving down the highway, famished--our lizard brains immediately investigate. As brands compete for consumer attention, they work hard to ensure their logos are as prominent as possible in our lives. One age old way of doing so is by issuing the request to "make the logo bigger," a refrain that's taken the spring out the step of creatives for decades. San Francisco-based art director and designer Andrew Wendling is fighting back by airing his grievances on Tumblr. 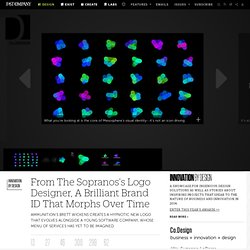 Sound familiar? Of course it does. Because however great their technology may be, to most of us, cloud technology startups are as indistinguishable as the clouds themselves. And branding is doing the space no favors, according to Brett Wickens, Partner and identity design specialist at Ammunition. 2013 Logo Design Trends. It isn't always easy to keep up with the latest trends, especially when it comes to logos.

We've done our research to see what some of the biggest companies are doing with their logos right now, to bring you the latest trends in logo design. Here you'll find the latest logos for the Mall of America, the 2018 Olympics, and many more! We hope you enjoy these trends, and don't forget to comment on your favorites below. Trend: Back to Basics Lately, we are seeing more and more logo designs go back to basics, using simple flat colors and basic geometric shapes integrated into their design. The logo for the upcoming 2018 Olympic Games in PyeongChang was recently released at a publicly held conference in Seoul. Fail: 14 logos que no comunicaron exactamente lo que querían comunicar. Vía Marcianosmx.com Cuando una empresa contrata a un diseñador gráfico para que elabore su logotipo, lo hace con la firme idea de que el resultado final representará la imagen corporativa y los servicios o productos que ofrece a los clientes. 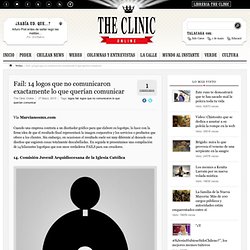 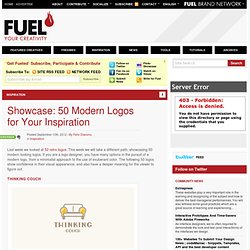 This week we will take a different path, showcasing 50 modern looking logos. If you are a logo designer, you have many options in the pursuit of a modern logo, from a minimalist approach to the use of exuberant color. The following 50 logos show confidence in their visual appearance, and also have a deeper meaning for the viewer to figure out. Thinking Couch. Logo Design Love. Wendy's Gets A New Logo: Will The Pigtails Survive? We’re living in the age of fake heritage. 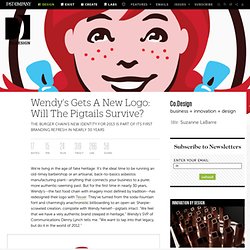 It’s the ideal time to be running an old-timey barbershop or an artisanal, back-to-basics asbestos manufacturing plant--anything that connects your business to a purer, more authentic-seeming past. But for the first time in nearly 30 years, Wendy’s--the fast food chain with imagery most defined by tradition--has redesigned their logo with Tesser. They’ve turned from the soda-fountain font and charmingly anachronistic billboarding to an open-air, Sharpie-scrawled creation, complete with Wendy herself--pigtails intact.