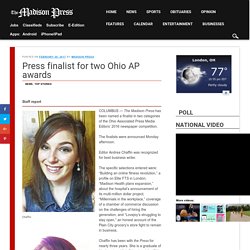 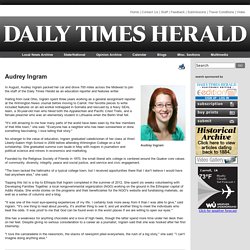 40th Anniversary of Tinker v. Des Moines Independent Community School District. Cannes Lion Award-Winning "Three Little Pigs advert" Emily Evans. Behind the scenes with a performer in Boston's Blue Man Group. Lyle Blaker. Update Required To play the media you will need to either update your browser to a recent version or update your Flash plugin. 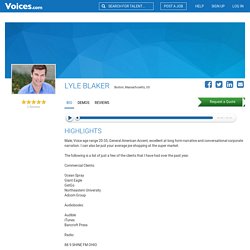 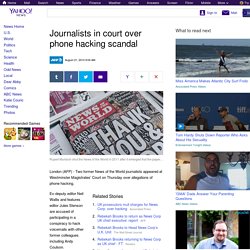 Phone hacking: News of the World reporter's letter reveals cover-up. Rupert Murdoch, James Murdoch and their former editor Andy Coulson all face embarrassing new allegations of dishonesty and cover-up after the publication of an explosive letter written by the News of the World's disgraced royal correspondent, Clive Goodman. 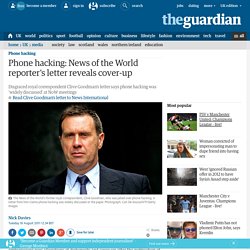 In the letter, which was written four years ago but published only on Tuesday, Goodman claims that phone hacking was "widely discussed" at editorial meetings at the paper until Coulson himself banned further references to it; that Coulson offered to let him keep his job if he agreed not to implicate the paper in hacking when he came to court; and that his own hacking was carried out with "the full knowledge and support" of other senior journalists, whom he named. Fareed Zakaria apologizes for plagiarism. Time Magazine columnist and CNN host Fareed Zakaria has apologized "unreservedly" to Jill Lepore for plagiarizing her work in The New Yorker. 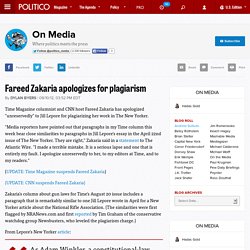 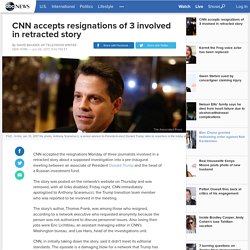 The story was posted on the network's website on Thursday and was removed, with all links disabled, Friday night. CNN immediately apologized to Anthony Scaramucci, the Trump transition team member who was reported to be involved in the meeting. The story's author, Thomas Frank, was among those who resigned, according to a network executive who requested anonymity because the person was not authorized to discuss personnel issues. Examples of Media Bias. May 2016 5/25/2016 - U.S. 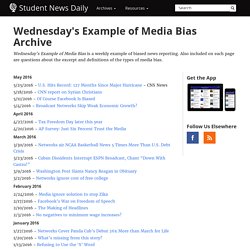 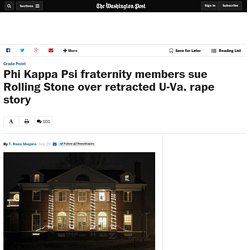 Three members of the house who graduated in 2013 said in a lawsuit that a retracted Rolling Stone article about a purported gang rape at the fraternity defamed them. (AP Photo/The Daily Progress, Ryan M. Kelly) This story has been updated. Three Phi Kappa Psi fraternity brothers are suing Rolling Stone magazine in New York federal court for defamation, alleging that a now-retracted December 2014 article on rape at the University of Virginia identified them as taking part in a vicious gang rape. The three U-Va., graduates, George Elias IV, Stephen Hadford and Ross Fowler, filed the lawsuit in New York federal court Wednesday against Rolling Stone and Sabrina Rubin Erdely, the journalist who wrote the 9,000-word account, which alleged a gang rape at the Phi Psi fraternity house during a party. 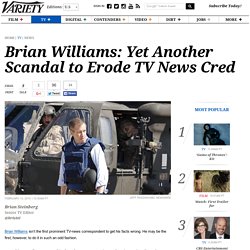 Bush. The list below does not include foiled attacks or those that did not result in fatalities (other than those of the attackers). The descriptions for each incident are excerpted from the University of Maryland's Global Terrorism Database. Dec. 15, 2001: Unidentified assailants gunned down a Nepalese security guard of the U.S. Embassy in Kathmandu, Nepal. Jan. 22, 2002: Two assailants attacked the American Center in Calcutta, India.

March 20, 2002: A car bomb exploded near the U.S. June 14, 2002: A suicide bombing in front of the U.S. Nov. 9, 2002: The security supervisor for the U.S. embassy in Nepal was shot dead at his house in Kathmandu. Media 5 cardstacking. 6 Of The Worst Media Scandals Of 2013. 2013 got off to a promising start when perennial conservative huckster Dick Morris was finally fired from Fox News. But any hope for year free from scandal unraveled as conservative outlets like Fox, and venerable institutions like CBS and CNN, found themselves mired in ethical morasses of their own making. Media Matters looks back at the year in media ethics: 60 Minutes Botches BenghaziCNN's Newt Gingrich ProblemFox News' Paid PromotersThe Fox News CandidatesNewspaper Op-Ed DisclosuresWash. Post Cuts Its Full-Time Ombudsman 60 Minutes Botches Benghazi CBS' 60 Minutes didn't just bungle the reporting of its "exclusive" story about the 2012 terror attacks on U.S. diplomatic facilities in Benghazi, Libya.

In late October the top-rated news program ran a report rehashing old myths about Benghazi, and featuring the supposed "eyewitness" account of the attacks from British security contractor Dylan Davies, who appeared on the show under the pseudonym "Morgan Jones. " CNN's Newt Gingrich Problem. Who Owns the Media? Broadcasters make billions in profits while using the public airwaves for free. In return, they are supposed to provide programming that fulfills community needs. Instead, lobbyists have successfully fought to make it easier for broadcast companies to gobble up even more free airspace while doing less to serve the public. Take Action to end the big broadcast swindle. 2011 Revenue: $6.2 billion Company Overview: These private equity firms own Clear Channel, the largest radio station owner in the country. Radio: 866 radio stations and Premiere Radio Networks (a national radio network that produces, distributes or represents approximately 90 syndicated radio programs, serves nearly 5,800 radio station affiliates and has over 213 million weekly listeners.

Other: Katz Media (radio advertising broker); American Outdoor Advertising 2011 Revenue: $14.2 billion Radio: CBS Radio and 130 radio stations. 'The Walking Dead' Beats Everything on TV (Yes, Even Football) It's official: We love us some zombies in America. Sunday night's Season 4 premiere of "The Walking Dead" on AMC earned the series its best-ever ratings with 16.1 million total viewers.