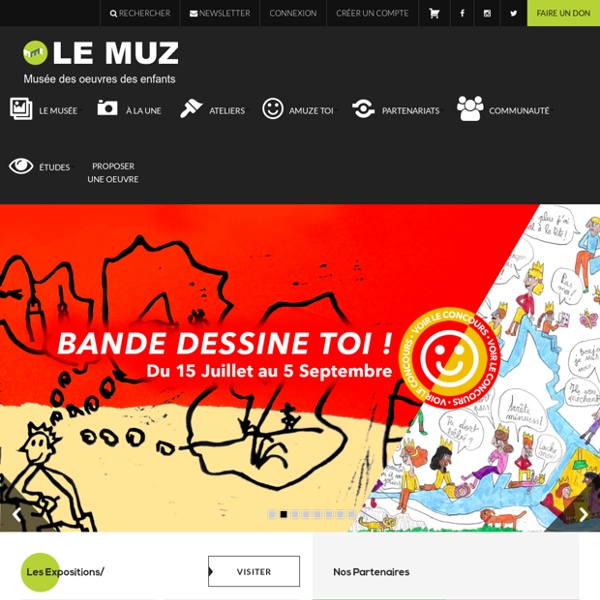 Jheronimus Bosch - The Garden of Earthly Delights About this project The interactive documentary Jheronimus Bosch, the Garden of Earthly Delights provides an in-depth tour though The Garden of Earthly Delights. In a web interface the visitor will be taken on an audio-visual journey, including sound, music, video and images to enrich the storytelling. Synopsis 15 Copyright Rules Every Student Should Know You might think that liberal arts students are the only ones who need to understand copyright law, but future photographers, animators, writers, and artists are actually the ones who might be suing students one day. As students rush to complete assignments, one of the last things on their minds is copyright law. The temptation to pluck resources from just about anywhere is often too great for some students, and others are simply unaware that rules and regulations protecting the use of art and content even exist.

1.5.3 You are using an ancient web browser, Stripgenerator does not work properly in it.Get rid of Internet Explorer 6! Upgrade to a new version or use another browser like Chrome, Opera, Safari or Firefox. StripGenerator Say hello to manoli_martin 384,910 Members 1,059,569 Strips Daniel Radcliffe is reading Harry Potter and the Philosopher’s Stone from his sofa It’s become one of the most famous opening lines in literature – ‘Mr and Mrs Dursley of number four, Privet Drive, were proud to say that they were perfectly normal, thank you very much’ – and there’s a special buzz in hearing it from the lips of Daniel Radcliffe. Yes, the man who played the Boy Who Lived is reading ‘Harry Potter and the Philosopher’s Stone’ (or ‘Sorcerer’s Stone’, depending on where you are) online to help soothe our lockdown brows. As part of the Wizarding World’s ‘Harry Potter at Home’ initiative, a selection of familiar faces will be popping up to read the book’s 17 chapters one at a time. Some of them have Potter pedigree, some are just ginormous fans.

Do educational video games actually work? [infographic Back in the days of Pong, selling the idea that video games would one day be welcome in the nation’s classrooms would have been an uphill battle, but today, more and more educators are taking another look at incorporating educational versions into the classroom. There are concerns expressed by teachers and parents, though, that this might not be such a great trend to follow, and the shadow of constricted budgets means be they beneficial or not, many students simply don’t have the option. Via OnlineCollegeCourses.com. Gaming infographics. Tux Paint Tux Paint is a free, award-winning drawing program for children ages 3 to 12 (for example, preschool and K-6). Tux Paint is used in schools around the world as a computer literacy drawing activity. It combines an easy-to-use interface, fun sound effects, and an encouraging cartoon mascot who guides children as they use the program.

A Virtual Tour Inside the Hayao Miyazaki's Studio Ghibli Museum Let us pray that organization expert Marie Kondo never comes within spitting distance of A Boy’s Room, part of the Studio Ghibli museum’s Where a Film is Born installation. It’s not likely that every single item in the massive (and no doubt well dusted) collection of books, postcards, hand tools, pictures, figurines, and other assorted tchotchkes pictured above sparks joy, but the suggestion is that any one of them might prove the gateway to a fantastical tale, such as those spun by the museum’s executive director, master animator Hayao Miyazaki: The room seems to belong to someone who was sketching at the desk just a few minutes ago. The room is filled with books and toys. The walls are all covered with illustrations and sketches. Hanging from the ceiling are a model of an airplane and a model of a Pteranodon.

Urban Literature and literacy BY ANY MEANS NECESSARY? Urban Fiction’s Impact on Black Literacy! My introduction to Urban Fiction in literature began with Mario Puzo’s The Godfather, which I read when I was eight or nine years old. A few years after going nuts over the film version, which released in 1972 and The Godfather II, which released in 1974. My love for The Godfather, led me to seek out gangster films and books with Black people as the heroes, thus became a lifelong (not so) secret love affair with Blaxploitation films and Urban Literature.

English language learning games ESL/English learning games on Digital Dialects are completely free to use, do not require registration, and are designed for ESL students of all ages. Each ESL revision topic includes vocabulary lists and practice games with audio for teaching correct pronunciation. Materials are of use to beginner level English as a second or other language students, though those with some familiarity with the language may wish to try the English/ESL spelling games. Games for English as a second language include: Numbers in English - learn the English numbers from 1-12, 13-20 and 0-100.