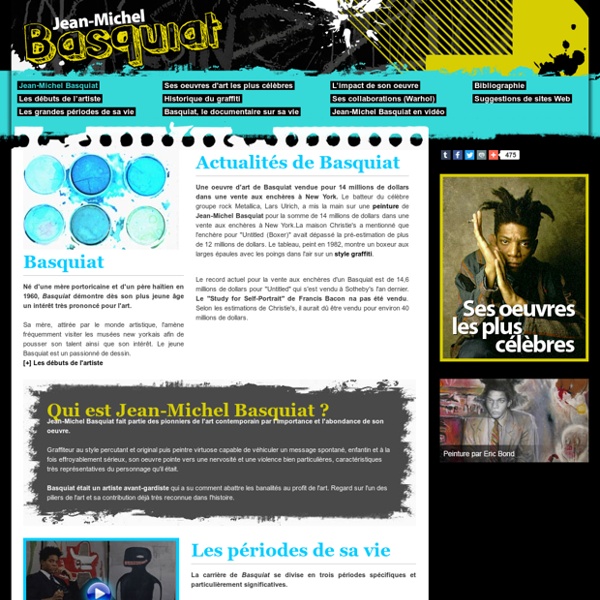 15 awesome illustrators you should know is really impressive to see how many talented illustrators there are out there, sharing their work on the Internet. For your inspiration, I have compiled a list of 15 illustrators that rock. 1. Tang Yau Hoong 2. Margaret Keane Margaret Keane Triune, 1963 Sale Date: November 29, 2016 Auction Closed Yesterday JR JR has created "Infiltrating art". During his collage activities, the local communities take part in the act of artistic creation, with no stage separating actors from spectators. The anonymity of JR and the absence of any explanation accompanying his huge portraits leave him with a free space in which issues and actors, performers and passers-by meet, forming the essence of his work. In 2011 he received the Ted Prize, giving him the opportunity to make a vow to change the world. He created Inside Out, an international participatory art project that allows people from around the world to receive a print of their portrait and then billboard it as support for an idea, a project, an action and share that experience. In 2014, working with the New York City Ballet, he used the language of dance to tell his version of the riots in the Clichy-Montfermeil district.

Lucid Dreaming By lucid dreaming, you can gain complete control over the one place that no one will ever care about: your imagination. Just The Facts Lucid dreaming is a scientifically proven phenomenon. While some get into lucid dreaming in order to treat chronic nightmares, or to experience all facets of the human experience, approximately 99.8% of people use it as a tool for cheap and interactive 3D porn. A lucid dream is a dream in which the dreamer is aware that he or she is dreaming, and he or she can even choose to control and manipulate his or her dream. Dream, dream, dream. Giuseppe Arcimboldo - The Complete Works - Biography - giuseppe-arcimboldo.org Arcimboldo's conventional work, on traditional religious subjects, has fallen into oblivion, but his portraits of human heads made up of vegetables, fruit and tree roots, were greatly admired by his contemporaries and remain a source of fascination today. Art critics debate whether these paintings were whimsical or the product of a deranged mind. A majority of scholars hold to the view, however, that given the Renaissance fascination with riddles, puzzles, and the bizarre (see, for example, the grotesque heads of Leonardo da Vinci, a fellow Milanese), Arcimboldo, far from being mentally imbalanced, catered to the taste of his times. Arcimboldo died in Milan, to which he retired after leaving the Habsburg service. It was during this last phase of his career that he produced the composite portrait of Rudolph II, as well as his self-portrait as the Four Seasons.

Dolk - The Giant: The Definitive Obey Giant Site From The Giant: The Definitive Obey Giant Site Biography Dolk Lundgren, or simply Dolk (Norwegian for dagger/knife), is a Norwegian stencil artist whose work has rapidly gained popularity since first being introduced to the masses via Wooster Collective (street works) and Pictures on Walls (POW) (commercially available prints). His "official" biography, courtesy of POW, stated, "The premier stencil artist in Norway and wise beyond his years, Dolk has been voted 'most likely to succeed' by his classmates at vandal school." POW went on to say, "Direct from Bergen, Norway we present Dolk Lundgren. An exciting new artist who lists amongst his hobbies 'sex, sex, and vandalism'."

My Photography Tutorials - 360 Degree Reverse Photography - Gallery - StumbleUpon The Art of Creating 360 Reverse Photography can be accomplished by even an amateur photographer. The most successful ways to capture 360 reverse images are outlined here so that your experience will most certainly be enjoyable. Pick a spot that’s approximately equidistant from every point in your photo; the less you have to zoom in and out, the better. While you can take photographs by simply holding your camera in your hands, you’ll find that these panoramic photographs will be more consistent if you use a tripod.