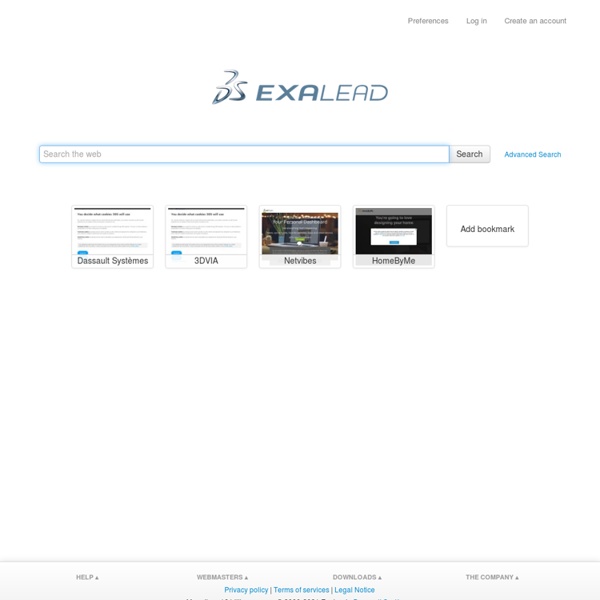 Library A library is an organized collection of sources of information and similar resources, made accessible to a defined community for reference or borrowing. It provides physical or digital access to material, and may be a physical building or room, or a virtual space, or both.[1] A library's collection can include books, periodicals, newspapers, manuscripts, films, maps, prints, documents, microform, CDs, cassettes, videotapes, DVDs, Blu-ray Discs, e-books, audiobooks, databases, and other formats. Libraries range in size from a few shelves of books to several million items. In Latin and Greek, the idea of bookcase is represented by Bibliotheca and Bibliothēkē (Greek: βιβλιοθήκη): derivatives of these mean library in many modern languages, e.g. French bibliothèque. The first libraries consisted of archives of the earliest form of writing—the clay tablets in cuneiform script discovered in Sumer, some dating back to 2600 BC.

MillionShort Million Short is an experimental web search engine (really, more of a discovery engine) that allows you to REMOVE the top million (or top 100k, 10k, 1k, 100) sites from the results set. We thought it might be somewhat interesting to see what we'd find if we just removed an entire slice of the web. The thinking was the same popular sites (we're not saying popular equals irrelevant) show up again and again, Million Short makes it easy to discover sites that just don't make it to the top of the search engine results for whatever reason (poor SEO, new site, small marketing budget, competitive keyword(s) etc.). Most people don't look beyond page 1 when doing a search and now they don't have to. Jeux Map Puzzles Map Puzzles for all computers and devices including iPad, Android, PC and Mac: We will be updating the rest of our Map Puzzles for devices soon; these still require Adobe Flash: World Continents Map Puzzle

How art history is failing at the Internet By JAMES CUNO A national and international museum leader and scholar, Jim Cuno is the President and CEO of the J. Paul Getty Trust. Before joining the Getty, Cuno was president and Eloise W. Notice to publishers: curse your sudden but inevitable betrayal With yet another publisher announcing today that it’s dropping out of the library eBook market, I decided to put up a new sign in our library in a few different spots to raise public awareness. The sign lists which publishers won’t do eBook business with libraries and provides contact information for the publishers in question. I’ve posted about the issue on our library blog and pushed it out on our Twitter account, Facebook page, and Google+ page. And here’s a direct link to a downloadable copy of my sign on Google Docs. It’s not fancy, but feel free to take it, modify it, use it.