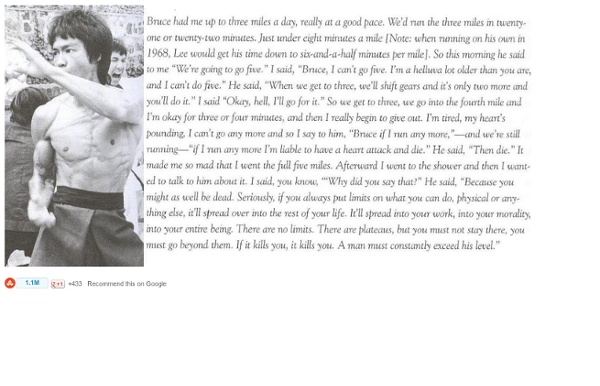 Author Quote Posters - Design Being around a successful author would surely be exhausting and inspiring in equal amounts. As well as all that wisdom they put into their books, their thought-provoking one-liners would literally be falling out here, there and everywhere. So while you'd beat yourself up for not possessing even a smidgen of that kind of talent, you'd also be maniacally scribbling it all down for dinner party quoting. The rather smart Evan Robertson has created a set of posters that combine iconic author quotes with genius design work. 8 Things Everybody Ought to Know About Concentrating “Music helps me concentrate,” Mike said to me glancing briefly over his shoulder. Mike was in his room writing a paper for his U.S. History class. On his desk next to his computer sat crunched Red Bulls, empty Gatorade bottles, some extra pocket change and scattered pieces of paper. In the pocket of his sweat pants rested a blaring iPod with a chord that dangled near the floor, almost touching against his Adidas sandals. On his computer sat even more stray objects than his surrounding environment.

Amusing, but kind of weird quotes... A Freudian slip is when you say one thing but mean your mother. What is a committee? A group of the unwilling, picked from the unfit, to do the unnecessary. -- Richard Harkness, The New York Times, 1960 Slogan of 105.9, the classic rock radio station in Chicago: "Of all the radio stations in Chicago ... we're one of them." With every passing hour our solar system comes forty-three thousand miles closer to globular cluster 13 in the constellation Hercules, and still there are some misfits who continue to insist that there is no such thing as progress. -- Ransom K. Ferm

Abandoned Yugoslavian Monuments by Jan Kempenaers Abandoned Yugoslavian Monuments by Jan Kempenaers While Yugoslavia has long since dissolved, abandoned monuments remain that recall the nation’s glory in the second world war. Photographer Jan Kempenaers has traveled throughout the Balkans to photograph these wild, strange structures that have lost much of their cultural relevance. In various states of disrepair, these monuments (some buildings, other sculptures) represent an era of modern and brutalist architecture that defined this time period in the socialist East. Collected Quotes from Albert Einstein [Note: This list of Einstein quotes was being forwarded around the Internet in e-mail, so I decided to put it on my web page. I'm afraid I can't vouch for its authenticity, tell you where it came from, who compiled the list, who Kevin Harris is, or anything like that. Still, the quotes are interesting and enlightening.] "Any intelligent fool can make things bigger, more complex, and more violent.

Top five regrets of the dying There was no mention of more sex or bungee jumps. A palliative nurse who has counselled the dying in their last days has revealed the most common regrets we have at the end of our lives. And among the top, from men in particular, is 'I wish I hadn't worked so hard'. Bronnie Ware is an Australian nurse who spent several years working in palliative care, caring for patients in the last 12 weeks of their lives. She recorded their dying epiphanies in a blog called Inspiration and Chai, which gathered so much attention that she put her observations into a book called The Top Five Regrets of the Dying. 50 Lessons Life Taught Me To celebrate growing older, I once wrote the 45 lessons life taught me. It is the most-requested column I’ve ever written. When my odometer rolled over to 50, I updated the list. Here it is:

Amazing Places To Experience Around the Globe (Part 3) - StumbleUpon Devetashkata Cave - Bulgaria Ben Bulben at County Sligo, Ireland Shark Island - Sydney Baatara Gorge Waterfall, Tannourine - Lebanon Abel Tasman National Park - New Zealand Myrtos Beach, Kefalonia - Greece An Essay by Einstein "How strange is the lot of us mortals! Each of us is here for a brief sojourn; for what purpose he knows not, though he sometimes thinks he senses it. But without deeper reflection one knows from daily life that one exists for other people -- first of all for those upon whose smiles and well-being our own happiness is wholly dependent, and then for the many, unknown to us, to whose destinies we are bound by the ties of sympathy. A hundred times every day I remind myself that my inner and outer life are based on the labors of other men, living and dead, and that I must exert myself in order to give in the same measure as I have received and am still receiving...

of Philosophy - Introductory Philosophy Course The mind works mainly in habitual patterns and seems to lock us in to a certain way of thinking and living. It does not have to be like this. With the knowledge of great philosophic ideas from East and West, and with practical tools to increase mindfulness, self awareness and sustainable happiness, it is possible for anyone to expand their world, their thinking, and the view they have of themselves. From this comes freedom from habit, greater choice, and more effective action in every aspect of life.