Quotes to live by

TOP 25 QUOTES BY SEYMOUR PAPERT (of 51) 101 Motivational Quotes to Start 2016 Off Right. 26 Motivational Quotes That Will Inspire Success in 2016. The way you think and feel about yourself, including your beliefs and expectations about what is possible for you, determines everything that happens to you. 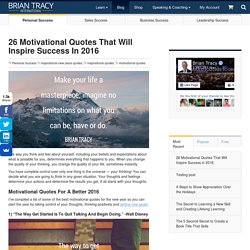 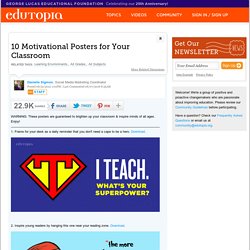 Enjoy! 1. Frame for your desk as a daily reminder that you don't need a cape to be a hero. Download. 29 Motivational Quotes That Can Definitely Change Your Life. 1. 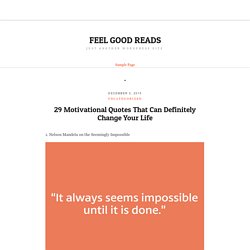 Nelson Mandela on the Seemingly Impossible “It always seems impossible until it is done.” ~ Nelson Mandela This is true about the bigger tasks in life, and it can lead to a feeling of not even wanting to try. When it seems impossible it can be really easy to get into a defeatist mentality and that just adds to the impossibility of it all. The best course of action is to reach back into your past and find a situation that seemed impossible at first which eventually was accomplished and led to success. 2.

6 Timeless Quotes on Creativity From Pablo Picasso. I recently read an interesting thought: If Albert Einstein was never born, eventually someone would have discovered the theory of general relativity. 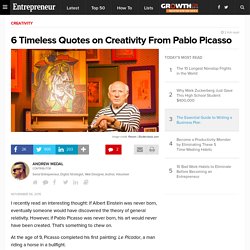 However, if Pablo Picasso was never born, his art would never have been created. That's something to chew on. At the age of 9, Picasso completed his first painting: Le Picador, a man riding a horse in a bullfight. Related: Why Creativity Is a Process, Not an Event Apparently, Picasso was a terrible student and had a serious problem with authority. Despite his rocky beginning, Picasso became one of the most influential artists of the early 20th century, and has a lasting legacy that pushes our creative boundaries today. 1. The quote has multiple interpretations. 20 All-Time Best Steve Jobs Quotes. Which one is your favorite? 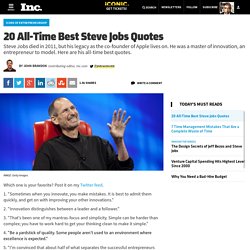 Lifelong learning should play a role in Global Citizenship Education - European Association for the Education of Adults. ‘Global citizens’ are more involved in their communities and are aware of the global ties of their actions. 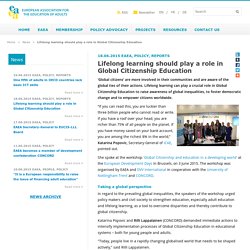 Lifelong learning can play a crucial role in Global Citizenship Education to raise awareness of global inequalities, to foster democratic change and to empower citizens worldwide. “If you can read this, you are luckier than three billion people who cannot read or write. If you have a roof over your head, you are richer than 75% of all people on the planet. If you have money saved on your bank account, you are among the richest 8% in the world,” Katarina Popovic, Secretary-General of ICAE, pointed out.

She spoke at the workshop 'Global Citizenship and education in a developing world' at the European Development Days in Brussels, on 3 June 2015. Happiness Quotes. Quotes About Actions Speak Louder Than Words (19 quotes) Action Quotes & Sayings (Actions Speak Louder Than Words, Activity, Movement, etc) Related Quotes Effort Goals Labor Laziness Perseverance I have always thought the actions of men the best interpreters of their thoughts. 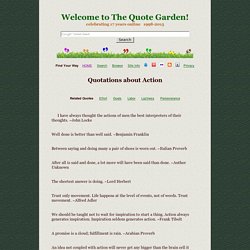 ~John Locke Well done is better than well said. ~Benjamin Franklin. Happiness Quotes. 31-quotes-inspire-you-live-for-meaning-instead-money. Is money everything that you need to make you happy? 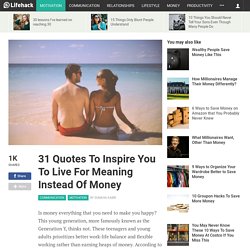 This young generation, more famously known as the Generation Y, thinks not. These teenagers and young adults prioritizes better work-life balance and flexible working rather than earning heaps of money. According to The Guardian, they don’t live for work, rather, they work to live. This isn’t only about Generation Y. Happiness comes from things that are really not about money, but that which comes from within yourself.

3 Simple Tools to Create Quote Posters for Your Class. May 29, 2015 Below are three of our favourite web tools for creating picture quotes. 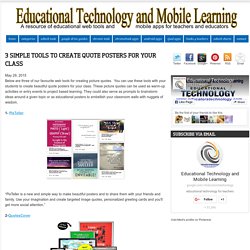 You can use these tools with your students to create beautiful quote posters for your class. These picture quotes can be used as warm-up activities or entry events to project based learning. They could also serve as prompts to brainstorm ideas around a given topic or as educational posters to embellish your classroom walls with nuggets of wisdom. 1- PixTeller “PixTeller is a new and simple way to make beautiful posters and to share them with your friends and family.

Morgan Freeman reciting "Invictus" will give you the chills. While he was imprisoned on Robben Island, Nelson Mandela drew inspiration from William Ernest Henley’s poem “Invictus.” 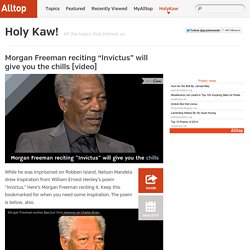 Here’s Morgan Freeman reciting it. Keep this bookmarked for when you need some inspiration. The poem is below, also. Out of the night that covers me, Black as the pit from pole to pole, I thank whatever gods may be For my unconquerable soul.In the fell clutch of circumstance I have not winced nor cried aloud. Under the bludgeonings of chance My head is bloody, but unbowed.Beyond this place of wrath and tears Looms but the Horror of the shade, And yet the menace of the years Finds and shall find me unafraid.It matters not how strait the gate, How charged with punishments the scroll, I am the master of my fate, I am the captain of my soul.

Full story at YouTube. More amazing poetry. Photo credit: Canva. The Top 20 Motivational Quotes of All Time. Greatest Movie Quotes That Every Entrepreneur Can Learn From. Movies are a part of our lives, a part of our culture. I am sure everyone can think of a movie and relate it to a time in their life when they saw it.