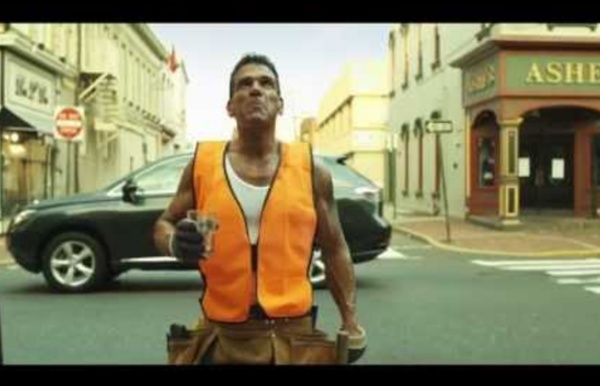 Uses of Antimatter As of July 1, 2013 ThinkQuest has been discontinued. We would like to thank everyone for being a part of the ThinkQuest global community: Students - For your limitless creativity and innovation, which inspires us all. Teachers - For your passion in guiding students on their quest. Christmas Stories Merry Christmas & Happy Holidays from American Literature! Enjoy Christmas with your family! Here are some favorite Christmas stories for you and your family to enjoy this holiday season. Jobs for the Poor? Save the Wild for $1 a Day Sorry Beatles but researchers at Conservation International might contradict your song “Money.” The best things in life aren’t free But you can protect the birds and bees Now give the poor money The best things in life aren’t really free. Fresh air, clean water, and bountiful crops all depend on healthy ecosystems.

Here's Nike's full ad featuring Colin Kaepernick and other athletes Just two days before, Kaepernick had shared a photo on Twitter of himself featured in Nike's new marketing campaign, which is tied to the 30th anniversary of its iconic "Just Do It" tagline. Due to Kaepernick's activism, the news quickly went viral, pulling waves of both support and backlash. #NikeBoycott was trending on Twitter by Tuesday morning, and Nike shares were falling as Wall Street reacted to the news. Kaepernick flew into the spotlight when, to protest racial injustice, he decided to kneel rather than stand for the national anthem before a 2016 National Football League preseason game.

NASA Reveals the Weird and Wonderful Commercial Airliners of 2025 NASA's contracted three of the biggest names in aircraft design to dream up the kind of airliner we'll see in 2025, and has just shown the initial concepts. They're weird, eco-friendly, and wonderful. NASA's goal is to invent commercial airliners that can cover the same kind of use cases as current aircraft, but do so with far greater fuel efficiency, less gaseous and noise pollution, and potentially eating up less energy and resources during their fabrication too. This is the sort of long term aeronautical experimentation that NASA funds from time to time, spurring companies to look into long term evolutionary concepts rather than incremental R&D in their usual business areas. Late in 2010 it contracted Lockheed Martin, Northrop Grumman and Boeing to imagine an aircraft that could fly as soon as 2025, manage 80% of the speed of sound, with a range of 7,000 miles and a payload of 50,000 to 100,000 pounds--either passengers or cargo.

The Twelve Memes of Christmas : a seasonal homework challenge To keep your students busy over the holidays (if you have holidays in your teaching context, and if not you may just want to add a bit of seasonal fun to classes in December) and to practise some digital remix literacy, here's a little challenge. As you can see, it's based on the carol, The Twelve Days of Christmas, and to introduce the challenge and get into the remixing mood, there's nowhere better to start than the song itself and some Youtube parodies. For the original song there's a very kitsch karaoke version here (and lots of others to choose from if you want something a little less chocolate box). Once your students have got the hang of the original song (if they don't know it already), then you can move on to the parodies. There are so many out there, I've chosen a couple that appeal to me and my students.

Warning of unrest, new study shows millions risk losing lands in Africa Public release date: 1-Feb-2012 [ Print | E-mail Share ] [ Close Window ] Contact: Coimbra Sirica csirica@burnesscommunications.com301-943-3287 Burness Communications Jenna DiPaolo jdipaolo@rightsandresources.org202-412-0331 Rights and Resources Initiative Is Your Job Killing You? Embed this infographic on your site! <a href=" src=" alt="Is Job Stress Killng You?" width="500" border="0" /></a><br />From: <a href=" We may accuse each other of exaggerating when we say our jobs are killing us, but it might not be that much of an exaggeration. Dozens of studies over the years have linked job stress to increased incidences of disease and death. With this infographic, discover who is most at risk, what causes workplace stress, what the likely consequences are and how both employers and employees can reduce the problem.