The Machine is Us/ing Us (Final Version) 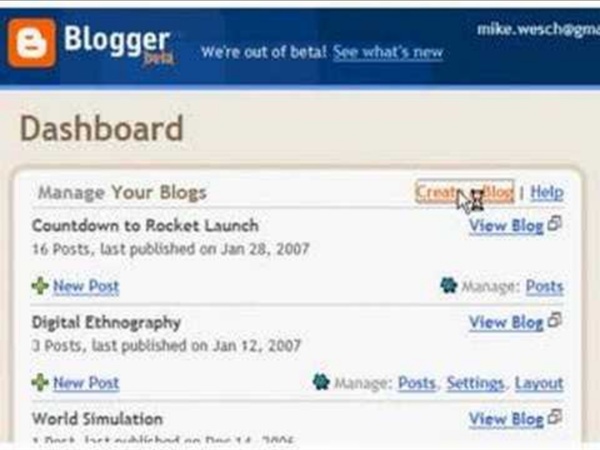 25 Beautifully Illustrated Thought-Provoking Questions A question that makes you think is worth asking… At the cusp of a new day, week, month, or year, most of us take a little time to reflect on our lives by looking back over the past and ahead into the future. We ponder the successes, failures and standout events that are slowly scripting our life’s story. Culture and Consumption: New Approaches to the Symbolic Character of ... - Grant David McCracken "This book compiles and integrates highly innovative work aimed at bridging the fields of anthropology and consumer behavior." —Journal of Consumer Affairs "... fascinating... ambitious and interesting... " —Canadian Advertising Foundation Newsletter

Twitterchat Artefact This little clip was the idea of Angela Towndrow, a fellow participant and Twitter chat moderator on this course. She suggested creating something that might reflect the feedback given by participants via an online survey she had created with the help of several other Moocesians. So with a list of the most common words participants said came to mind when they thought of the experience I set to work. Noble In recent years changes in universities, especially in North America, show that we have entered a new era in higher education, one which is rapidly drawing the halls of academe into the age of automation. Automation — the distribution of digitized course material online, without the participation of professors who develop such material — is often justified as an inevitable part of the new “knowledge–based” society. It is assumed to improve learning and increase wider access. In practice, however, such automation is often coercive in nature — being forced upon professors as well as students — with commercial interests in mind. This paper argues that the trend towards automation of higher education as implemented in North American universities today is a battle between students and professors on one side, and university administrations and companies with “educational products” to sell on the other.

VicesAreNotCrimes Vices Are Not Crimes A Vindication Of Moral Liberty Vices are those acts by which a man harms himself or his property. Crimes are those acts by which one man harms the person or property of another. Vices are simply the errors which a man makes in his search after his own happiness. Unlike crimes, they imply no malice toward others, and no interference with their persons or property. The Geography of Abortion - Politics Few issues divide Americans more severely than abortion. Even accounting for changes in the nation's political climate over time, polling numbers consistently show a close to even split in the percent of the population who identify as pro-life or pro-choice. And given the variation in abortion laws across the 50 states, that divide has a definite geographic dimension as well. With the help of my Martin Prosperity Institute (MPI) colleagues Charlotta Mellander and Zara Matheson, I took a detailed look at abortion rates across the 50 states and the District of Columbia as well as the economic, cultural, and political factors that bear on them. We used two systematic data sets, one from a report released in late 2011 by the Centers for Disease Control and Prevention and another from a 2011 paper from the Guttmacher Institute, the pro-choice women's reproductive health advocacy organization.

WORLDS OF WANDER plus "Secret Spaceship Club" Game! by Tom Hall's Pieces of Fun If you're new, jump down a section and read about Worlds of Wander! Then everyone check out these awesome updates! Commander Keen’s creator, industry veteran Tom Hall, is announcing his return to fun, funny sci-fi platforming, and he wants to bring you ALL with him! Not just to play but to CREATE A GAME EASILY yourself! WORLDS OF WANDER is a PLATFORM GAME CREATION TOOL that lets you build and share levels, worlds, and whole game experiences with other players. Technology is the Answer: What was the Question? -: UNESCO Education Education is one of UNESCO’s principal fields of activities. Since its creation in 1945, the Organization has worked to improve education worldwide believing it to be key to social and economic development. The Organization aims to help build a sustainable world with just societies that value knowledge, promote peace, celebrate diversity and defend human rights, achieved by providing Education for All (EFA). Its close links with education ministries and other partners in 193 countries place UNESCO in a key position to press for action and change. The Education Sector comprises some 400 staff members worldwide.

The Enneagram is a model of nine worldviews and motivations Worldview and Motivation - What the Enneagram looks at: The Enneagram brings the way we view the world into sharp, clear focus. Our particular worldview impacts the unique way each of us brings our own thoughts, feelings and motivations to any situation. The Enneagram is like the perceptual glasses that we wear. It is also about our patterns of thinking and the places where we “hang out” more – our patterns of belief and our inner motivations. First World Happiness Report Launched at the United Nations The happiest countries in the world are all in Northern Europe (Denmark, Norway, Finland, Netherlands). Their average life evaluation score is 7.6 on a 0-to-10 scale. The least happy countries are all poor countries in Sub-Saharan Africa (Togo, Benin, Central African Republic, Sierra Leone) with average life evaluation scores of 3.4. But it is not just wealth that makes people happy: Political freedom, strong social networks and an absence of corruption are together more important than income in explaining well-being differences between the top and bottom countries.

The Journey : Education for All ? Today week 2 of EDCMOOC started . Our assignments this week are related to watching and analysing some videos and do some core reading about Metaphors and the Internet by Rebecca Johnston. The first video and the one that called my attention the most was called A Day Made of Glass : The God Fuse: 10 Things Christians and Atheists Can Agree On The war that's coming between the fundamentalist Christians and the hard-core Atheists probably won't be the most violent of the holy wars. But it has the potential to be the most annoying. We'll, I'm going to try to stop it. So I'm running into this guy basically everywhere I go: Not that exact guy. People like him.