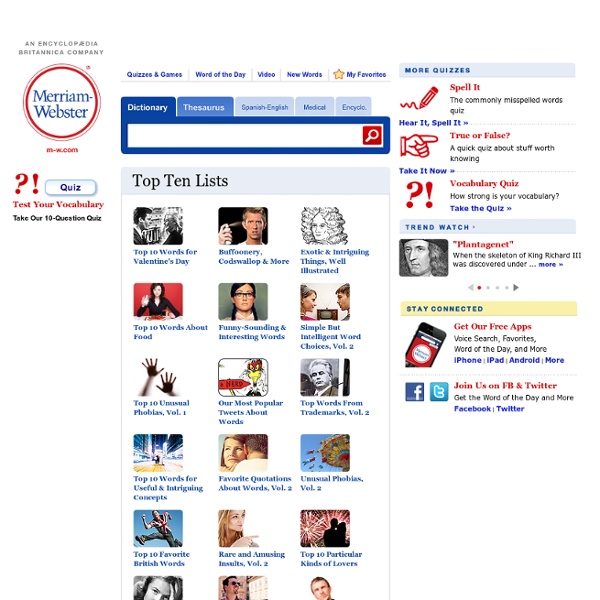 Favorite Quotes Here you can browse the collection of best quotes I’ve been gathering for more than a decade (current total of over 500). There’s also a downloadable CSV file (58 KB) available. For a selection of the best famous quotes, check ’60 Selected Best Famous Quotes’, Part I and Part II.If you’re interested in starting your own quote collection, check ‘5 Reasons to Collect Favorite Quotes‘. The third-rate mind is only happy when it is thinking with the majority. The second-rate mind is only happy when it is thinking with the minority. A. History teaches us that men and nations behave wisely once they have exhausted all other alternatives. Abba Eban How many legs does a dog have, if you call the tail a leg? Abraham Lincoln Nearly all men can stand adversity, but if you want to test a man’s character, give him power. When I do good, I feel good; when I do bad, I feel bad, and that is my religion. Better to remain silent and be thought a fool than to speak out and remove all doubt. Abraham Maslow Alan Kay

The Phrontistery: Obscure Words and Vocabulary Resources Top 10 London Attractions 1. British Museum Free The world-famous British Museum exhibits the works of man from prehistoric to modern times, from around the world. Highlights include the Rosetta Stone, the Parthenon sculptures and the mummies in the Ancient Egypt collection. Some exhibitions require tickets.Read More 2. The crowning glory of Trafalgar Square, London's National Gallery is a vast space filled with Western European paintings from the 13th to the 19th centuries. 3. As well as the permanent (and permanently fascinating!) 4. Sitting grandly on the banks of the Thames is Tate Modern, Britain's national museum of modern and contemporary art. 5. The Coca-Cola London Eye is a major feature of London's skyline. 6. From the future of space travel to asking that difficult question: "who am I?" 7. The V&A celebrates art and design with 3,000 years' worth of amazing artefacts from around the world. 8. Take a tour with one of the Yeoman Warders around the Tower of London, one of the world's most famous buildings.

Fun With Words: Glossary of Linguistics and Rhetoric ablaut a vowel change that accompanies a change in grammatical function. Same as "gradation." Sing, sang, and sung. accidence the part of morphology that deals with the inflections of words. accismus pretended refusal of something desired. acrolect a variety of language that is closest to a standard main language, especially in an area where a creole is also spoken. adianoeta an expression that carries both an obvious meaning and a second, subtler meaning. adnominal characteristic of an adnoun. adnominatio assigning to a proper name its literal or homophonic meaning; also, paronomasia or polyptoton. adnoun the use of an adjective as a noun. adynaton a declaration of impossibility, usually expressed as an exaggerated comparison with a more obvious impossibility. alexia inability to read, usually caused by brain lesions; word blindness. alliteration repetition of the same sound beginning several words placed close together, usually adjacent. alphabetism the expression of spoken sounds by an alphabet.

5 More Difficult Words to Translate Over the last several months, Beyond Words readers from around the world have contacted us to share their experiences with particular words that are difficult to translate. If you enjoyed our Ten Most Difficult Words to Translate article, here are some additions that have caught our attention. Thanks to everyone who sent words! Keep them coming for our next installment. Hyggelig In Denmark, the word Hyggelig is used often, and is said to be closely tied to the Danish national character. A dictionary will provide translations along the lines of cozy, warm, and nice, but a typical Dane will argue that these words don’t come close to capturing the full meaning of the word. Wabi-Sabi We recently featured an entire blog article on the Japanese concept of Wabi-Sabi. Duende This Spanish word has a long and interesting history. Saudade This Portuguese word was also featured in our most beautiful words post a while back.

China's Top Ten Attractions, 10 Must-visit Sights in China With a vast territory and a long history, China offers so much to see and explore. China Highlights has listed for you the top 10 attractions or must-visit attractions in China. Check out Top 10 China Tours, or contact us for a customized tour. 1. The Great Wall of China In the eyes of most travelers, you haven’t been to China if you haven’t climbed the Great Wall. One of the iconic symbols of China, the Great Wall is the longest wall in the world, an awe-inspiring feat of ancient defensive architecture. The wall spans from China’s western frontier to the east coast, totaling around 5,000 km (3,100 miles), but the most integrated and best preserved sections are close to Beijing. 2. The Terracotta Army has laid underground for more than 2,000 years. It is significant because the hundreds of detailed life-size models represent the army that triumphed over all other Chinese armies in the Warring States Period (475–221 BC), and who were the decisive factor in forming a united China. 3. 4. 5.

Guide to dishwasher machines and septic systems InspectAPedia tolerates no conflicts of interest. We have no relationship with advertisers, products, or services discussed at this website. Residential dishwashing machines and their possible effects on septic systems are explained in this article. Green links show where you are. © Copyright 2014 InspectApedia.com, All Rights Reserved. A Guide to Home DISHWASHER Machines - and Septic Systems Does a dishwasher water volume overload and harm the septic system? The volume of water from home dishwashing machine use should not be a problem with a normal septic system in good working order. However as we discussed at "Washing Machines", in some conditions you should avoid emptying dishwasher discharge into the septic system: Dishwasher & Laundry Detergents Containing Phosphates & Surfactants May Contaminate the Environment Does dishwasher detergent or dish soap harm the septic tank or septic system drainfield? Dishwasher detergents do not make a high level of suds inside the dishwashing machine.

Ten Most Difficult Words to Translate Sometimes even the finest translators come up against words that defy translation. Many languages include words that don’t have a simple counterpart in another language. When translators come across such a word, they usually describe it so that it makes sense in the target language. But some words pose more difficulty than others due to interesting cultural differences. Here are ten words that are particularly difficult to translate: Mamihlapinatapei From Yagan, the indigenous language of the Tierra del Fuego region of South America. Jayus From Indonesian, meaning a joke so poorly told and so unfunny that one cannot help but laugh. Prozvonit In both Czech and Slovak language, this word means to call a mobile phone only to have it ring once so that the other person would call back, allowing the caller not to spend money on minutes. Kyoikumama In Japanese, this word refers to a mother who relentlessly pushes her children toward academic achievement.

TTC Top 10 - The Travel Corporation Our Top 10 Bucket List is incredibly special to us. From dining on a Tuscan Villa on an olive oil estate to searching for penguins, seals and whales while cruising the waters around Antarctica, our Top 10 Bucket List reflects our passion for travel and our desire to help you explore the world. Our global team have been sharing their personal Top Ten Bucket Lists to showcase all of the incredible trips that our 30 award winning brands have to offer around the world. We encourage you to do the same! Do you need some inspiration? Begin your story with one of our Top 10 trips or explore some of the other destinations we can take you including: Egypt , South Africa, Asia, Australia and New Zealand.