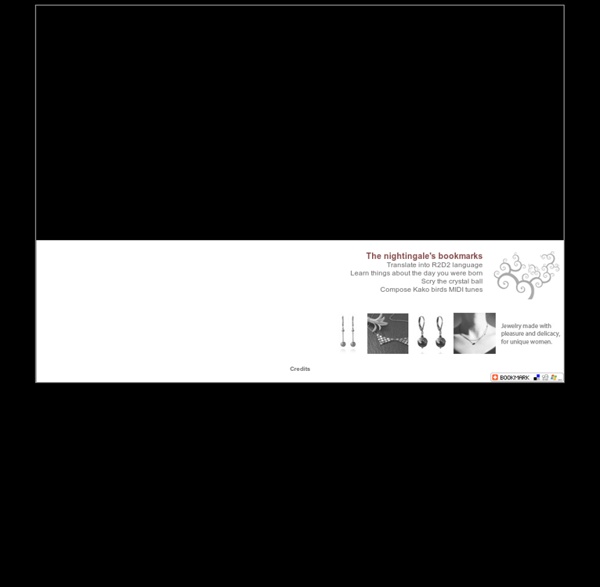 Anti Joke What are Antijokes? Anti Jokes (or Anti Humor) is a type of comedy in which the uses is set up to expect a typical joke setup however the joke ends with such anticlimax that it becomes funny in its own right. The lack of punchline is the punchline. We’ve just released huge update to the iOS app! Now, access all your favorite text and photo sites like Anti-Joke, DIYLOL! Soda Machine Hack Most modern vending machines have little computers inside. A tiny screen usually displays some information. Although relatively little known, pressing a certain combinations of buttons can control the settings.

online paint program Flame Painter is a unique paint program, it belongs to my 'I am an Artist' experimental project. I think with tools which inspires you, everyone can be an artist. You can try it here, change different brush settings and paint your own flame paintings. When you change the background from black to white, the palette changes from additive to subtractive and the feeling of the painting is very different. It's not easy to explain all brush parameters, so I leave this for your experimentation. Miegakure: A puzzle-platforming game in four dimensions Miegakure is a platform game where you navigate a four-dimensional world to perform miraculous feats and solve puzzles. Miegakure is a puzzle-platforming game that lets you explore and interact with a four-dimensional world. The fourth dimension in this game works just like the first three: it is a mathematical generalization.

Online Drum Machine Drumbot is the next best thing to a real drummer. Full song loops and tons of grooves. Designed specifically for non-drummers for use as backing tracks during song composition. We've partnered with real drummers, (can you think of a better beat maker?) who've created entire songs, from intro to outro, then organized everything to help you discover that perfect groove.

Google RO.ME › North Kingdom In the simplest of terms explaining it – “3 Dreams of Black” is an interactive music video developed in WebGL and optimized for Chrome to showcase its possibilities; written and directed by Chris Milk; based on the song “Black” from Danger Mouse and Daniele Luppi’s ROME album; an album that somewhat is a soundtrack to a movie that doesn’t exist. The music serves to express a story that takes place in a post-apocalyptic landscape where the main characters are played through the voices of Norah Jones and Jack White. More specifically, “3 Dreams of Black” is Norah’s lucid dream where users can partake and gain control of her characters experience.

NGAkids Art Zone A Parents’ Choice Silver Honor Award Winner The NGAkids Art Zone app from the National Gallery of Art introduces children not only to the experience of great artwork, but also to the creative process of producing great artworks. Through the manipulation of paintings spanning hundreds of years and numerous styles of art, children are free to explore the elements that go into a painting.