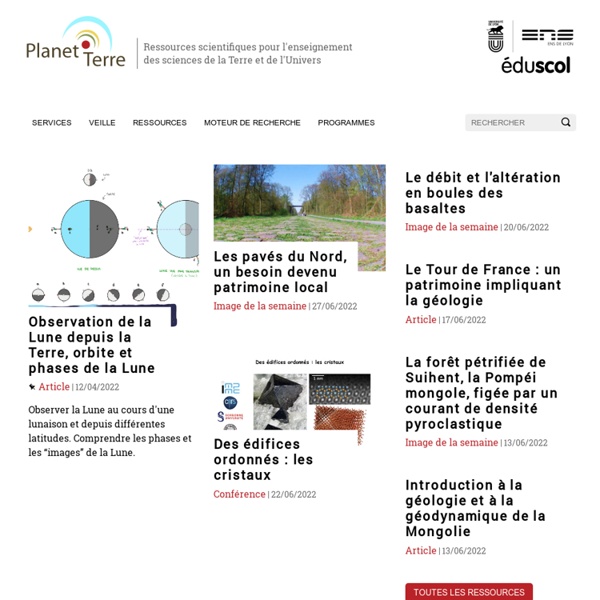 VPL: Directory Page [Lab I][Lab II][Lab III][Lab IV][Lab V][Lab VI][Lab VII][Lab VIII][Lab IX][Lab X][Lab XI][Lab XII] What are the synapomorphies for land plants? What does it take? Secondarily reduced? How is it like a moss? UK school seismology project Real science with real data The school seismology project enables schools to detect signals from large earthquakes happening anywhere in the world. The sheer destructive power of earthquakes has always held a fascination for children. This project capitalises on this natural interest by making use of earthquakes and seismology as a unifying theme to teach a range of basic science concepts.

No One Wants to Live in My 'Elysium'-Style Simulation Orbital Space Colony They will also be a pain in the ass to run. And I speak from experience on this because I briefly governed my own orbital colony. My time in command did not end well. Evolution - Home Mark Ridley's Evolution has become the premier undergraduate text in the study of evolution. Readable and stimulating, yet well balanced and in-depth, this text tells the story of evolution, from the history of the study to the most recent developments in evolutionary theory. The third edition of this successful textbook features updates and extensive new coverage. The sections on adaptation and diversity have been reorganized for improved clarity and flow, and a completely updated section on the evolution of sex and the inclusion of more plant examples have all helped to shape this new edition. Evolution also features strong, balanced coverage of population genetics, and scores of new applied plant and animal examples make this edition even more accessible and engaging.

Google Earth™ KML Description KML is Google's Keyhole Markup Language. The KML feeds offer a variety of options, you can view earthquakes colored by age or depth, and an animated feed allows you to animate the series of earthquakes. This feed adheres to the USGS Earthquakes Feed Life Cycle Policy. Usage Apollo 11-17 First man on the Moon - Apollo Moon Landings - QTVR photos from panoramas.dk Less known is that during all the missions they made image sequences which with today's computer technics can be stitched together into 360o interactive panoramas giving you the possibility to view the moon almost as you were there. Many of these panoramas have been published before but in low resolution and displayed in small sizes. Film used on the Moon was a modified Kodak Ectachrome 160.